Placeholder text for all titles, no cards in collection (resolved)

What you were expecting to happen, and what actually happened:
This is simply what you were trying to do and what happened instead. Example:
‘I was trying to start an Arena battle, but Gems of War loaded Broken Spire quest instead!’

How often does this happen? When did it begin happening?
Was this a once-off bug or has it been a consistent issue? Does it only happen after doing a particular game mode?

Steps to make it happen again
Sometimes there are certain steps that can lead to a problem that may not be obvious!
Example: I lose once in the Arena.
I then exit to the world map.
I then tap on Broken Spire on the map and then tap Arena.
Broken Spire’s quest loads instead of the Arena 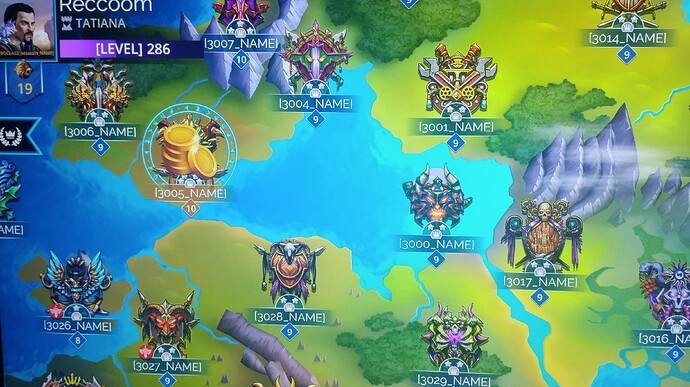 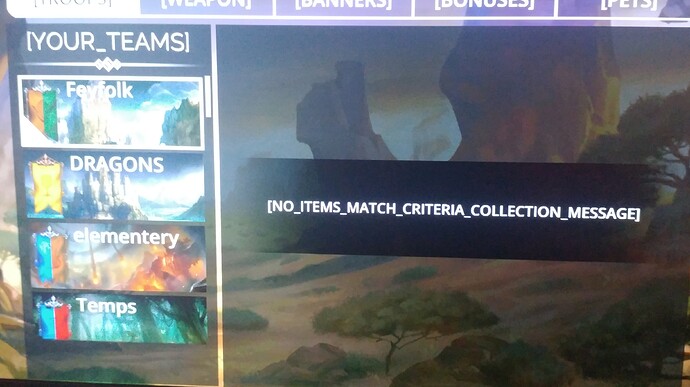 Hey sorry you’re having this issue!

Please try reinstalling the game to see if that solves the problem.