under broken spire assigned class(it was auto-assigned to my account) i selected “immunity to burning and faerie fire” yet, evidence shows i cleary am in desperate requirement of a fire extinguisher. it does the same for the fire starting option too, under same class choices. i have even set, shut off,re-set, off-loaded app, then off-loaded, delete app re-installed and yet, i clearly require a fire extinguisher. Am i bugging… is it something to topic about. new user by the way. it’s my first time. ^^,> /,^^,>😛 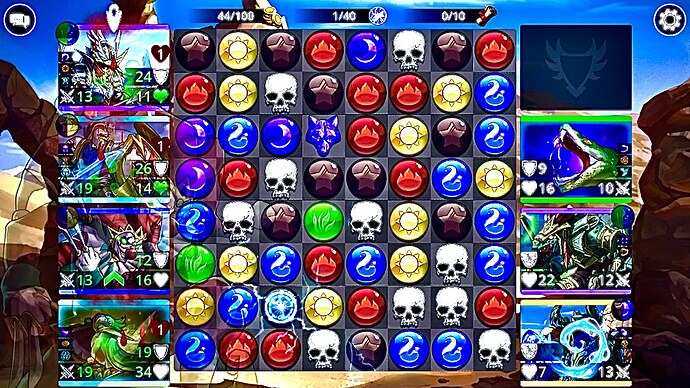 Oh boy…
Welcome to the community, but, please, try to describe your problem in an organized and coherent manner, preferably using template post provided to you when you start a new bug report topic.

What you were expecting to happen, and what actually happened:
REPLACE THIS TEXT WITH YOUR ISSUE. e.g. This is simply what you were trying to do and what happened instead. ‘I was trying to start an Arena battle, but Gems of War loaded Broken Spire quest instead!’

How often does this happen? When did it begin happening?
REPLACE THIS TEXT WITH YOUR ISSUE. e.g. Was this a once-off bug or has it been a consistent issue? Does it only happen after doing a particular game mode?

Steps to make it happen again
REPLACE THIS TEXT WITH YOUR ISSUE. e.g. Sometimes there are certain steps that can lead to a problem that may not be obvious! Example: I lose once in the Arena, I then exit to the world map, select broken Spire on the Map and enter Arena. broken spire’s quest lost instead.

As far as I can understand,

If you are looking at the hp stat point on your troops…the ones which are colored green (for example, your hero, Quentin Hadley) are POISONED and not BURNING.

Check out this link to see the graphics of status effects.

All status effects and immunity Traits

Here are the status effects that can be applied to enemy or ally Troops and the corresponding Traits which prevent them. This article does not include Spells such as "Charmed" which may apply an ef...

nah, it was for all troops, i’ve had that hero equipped altho, i enjoy the true damage hence the line up i got vid too… anyway, the class stats stayed the same except i swapped out hero for Court-Jester i.m.o. worth, still same thing effects that said no burn would still burn, it happens during pvp too, yes that is chalenges i am referring too here are some screen shots; : 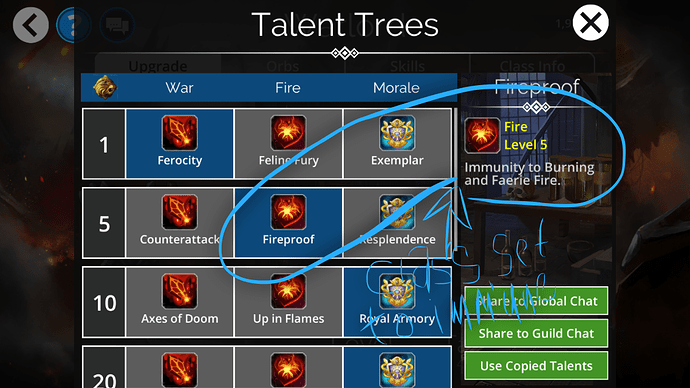 AAAA& since it only allows me one, the follow up.(P.S. : i had four screen shots showing same scenario as proof it was all same match altho, posting each one of those one-by-one seems futile, no complaints… just working w/ what i got. 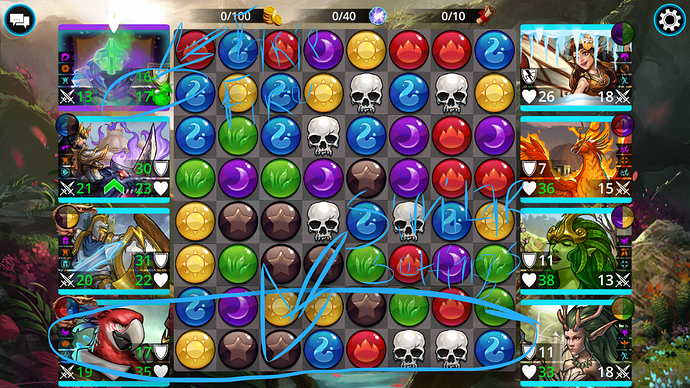 Fireproof works on your hero only. It does nothing for other troops.
Unless it specifically mentions other troops (for example, look at level 40 talent - gift of fire), the talent works only on your hero.

Most talents only apply to your hero. The immunity to burning and faerie fire is one of them.

got it. Thank You all, for taking time out of your busy shhhhehdules(schedules) to respond to this threaded topic!!! /,^^,> 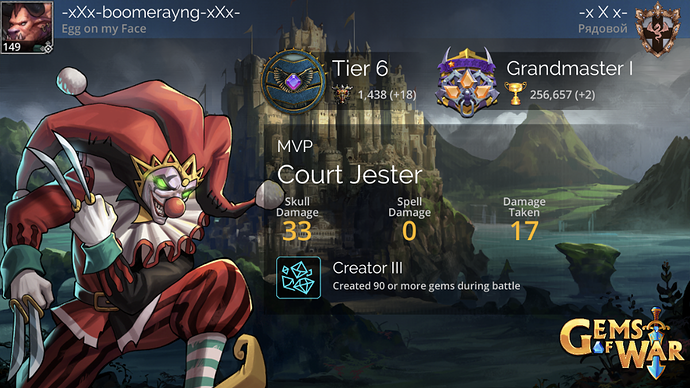 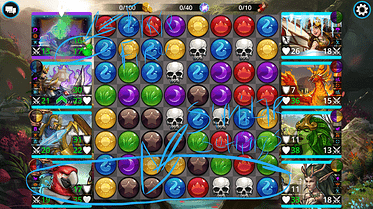 Btw, you may (or may not!) find it helpful to select the following options in the Settings – I noticed you didn’t have Mana numbers on your Troops:

Animation speed is up to you, of course, 4x might be a bit fast initially, but anything faster than the default might help.