@Kafka I am from Germany, still greyed out.

The boost die the kingdom pass ist available, but the pass itself is not included in the store. Perhaps that is the reason why it is not purchasable.

Wednesday (2 days later)
Ooh !
Me = Happy Now (and got more for my money I think) 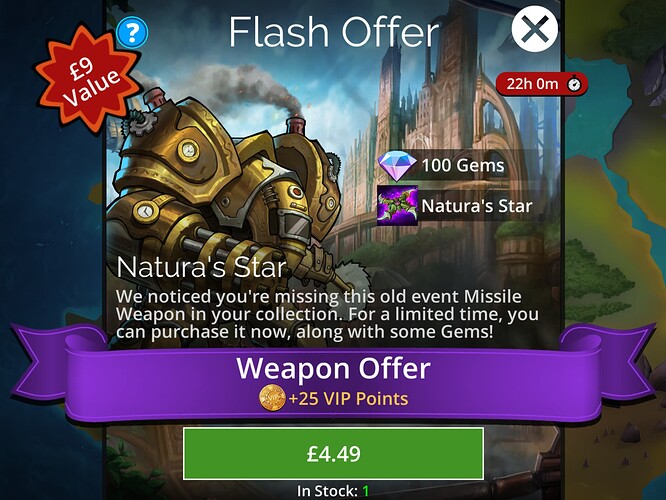 Having the same issue I raised a support case but am not getting any where with it. I am actually taking a screenshot of this conversation to show that this is not just a single user issue. 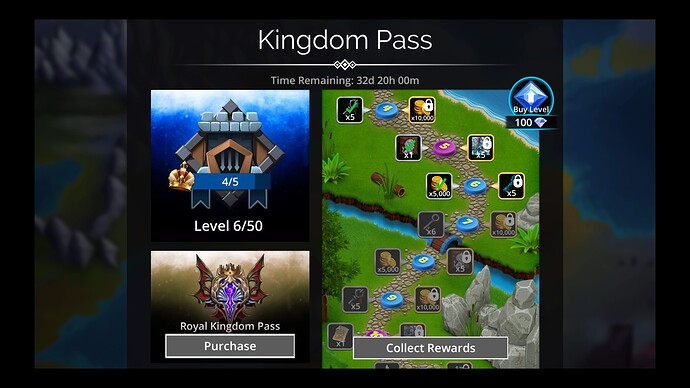 It’s actually available now in Ireland, however it is 7.99 whereas the store one I bought, and got no awards for was 9.99?

@Kafka are these different passes. What needs to be done to get the rewards i paid for?

They should be different.
One is a 10 level boost & the other is for the right hand column of items. The one in the PSN store even says 10 level Booster Pass

They were named the same, it called royal kingdom pass. So now I’ve paid 9.99 , got a 10 level Jump but nothing to show for it as.all rewards are still showing padlocked.

@Kafka if I buy the 7.99 one, will ALL rewards, including the 10 level boost one unlock?

The pass is now buyable in german PSN.

Next bug: The Button to skip with 100 Gems doesnt work.
Needed compensation growing… 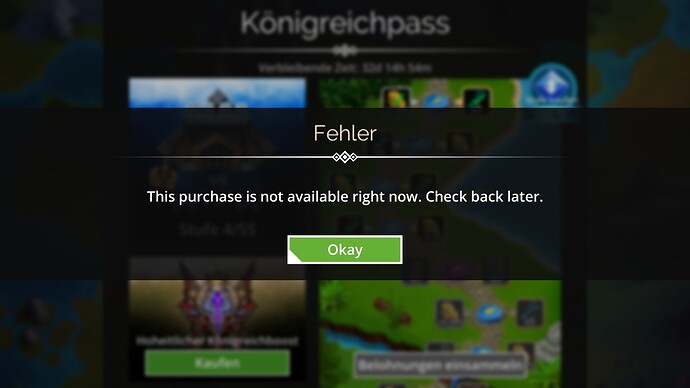 Next bug: The Button to skip with 100 Gems doesnt work.

This is not a bug; it was intentionally disabled for the time being.

Thanks for the info, but that doesnt matter.
Without this announced feature all pass buyer loose 2 vault keys each day.
This has to be compensated!

Thanks for the info, but that doesnt matter.
Without this announced feature all pass buyer loose 2 vault keys each day.
This has to be compensated!

How do you figure 2 vault keys? From the extended levels royal pass only?
They will still work the same as the other levels no? 5 crowns for each one? So it would take 4 days to get 2 vault keys the first time, then 5 after that?

These must be compensated for paying customers instead of just deactivating the feature to skip with gems.

They will work the same as the other levels so 5 crowns for each one.

Nevertheless, damage is done and needs to be compensated…

If this were the only game I played, I might agree with you – if I weren’t also in a Guild that takes Guild Wars very seriously.

It very much feels like the devs have no handle on how much time everything takes – and don’t much care.

FYI: the most onerous part is actually hunting King Heliodor every day, IMO.

As for hunting the crashers I find it the best thing this week has offered, so I’m not all disappointed…

~50-75 Ironhawk battles a day doesn’t seem all that onerous to me, and that’s coming from someone who will dedicate 10+ hours to Wars this week, easy. Also maxxed the Campaign, kingdom, etc… all on Monday, and plan to max the class this weekend.

Gems is basically the only game I’ll be playing this week, that’s fair. But that’s not typical — not every week that a new kingdom drops during Wars, but when it does happen I’m pretty excited to dedicate the week to it.

And I think the devs know exactly what they’re doing — they want me playing their game instead of the others on my current docket. If I’m in their space instead of Minecraft’s, or Far Cry’s, or some other games’, then they’ve won the engagement numbers game and (maybe) also gotten some cash. Burnout they could care less about so long as retention isn’t so bad as to affect the bottom line.

Since they’re not trying to keep people from quitting by making “dailies” less burdensome, I can only assume they’re happy with their retention rate and engagement metrics

For the “I Would Walk 20,000 Miles” achievement on XBox, has it been confirmed yet whether or not this has to be done in a single Journey event?

Cause the vague description makes this seem like it has to be in a single event.

It says “a Journey event”, which to me would mean its a single event. But unlike other achievements the word “single” isn’t in the description. So is this achievement like Renown and will be cumulative across all Journey events or not.

Cause if it has to be in a single event, then it’s unobtainable without spending a thousands of gems.

There should be no penalty for miles at all when as you progress and play higher level battles the amount of miles stay the same. It’s effectively guaranteeing that after a certain point you will have the max amount of penalty miles every single time.

Since you added in a penalty, then the amount of miles that can be earned should be increased as you progress and face higher level battles. Especially since @Kafka has stated in other topics that miles aren’t calculating as intended, but you don’t plan to fix it for this event.

Gray Malkin – This Pet can be encountered as a random Pet Rescue when defeating Pet Gnomes. 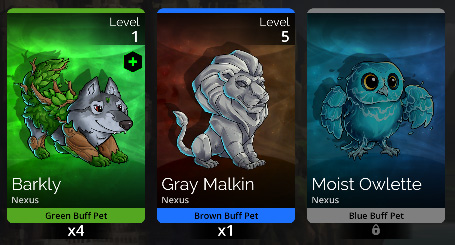