Idea came to mind while playing a fighting game from another company. Its not as popular as the other modes are with that game. But, it could work with this kind of game though.

Basically, one troop fights another troop. Literally, one versus one. This is different from the standard four troops versus four troops that we have been accustomed to. And unlike the typical ladder of progression PvP and Arena have for their respective game modes, Duel has a best of 7 rounds. Each round is based on the rarity of the card (i.e., Common; Rare; Ultra-Rare; Epic; Legendary; Mythic). The seventh round [should it reach there] is the tie breaker. Player will choose which troop from any of their winning three rounds to face the other’s winning troops which the game will randomly choose from.

Granted, it would be nice if this could work in real time, but assuming the devs can’t or won’t, we have to expect the mechanics of facing a computer-led player to remain. And, either it will work like PvP where players can select who can defend their kingdom, or like Arena, where the game chooses some random troop from that enemy hero’s list of troops to battle the player. Either way, player can only choose a troop from that rarity for that round when dueling without knowing who they will be facing until it starts.

That’s the catch which is similar to what we have with Arena, but way more fun and more orderly because both sides are restricted to those rarity cards. Guild and Kingdom bonuses would not apply. Traits, however, could be applied to determine the level of difficulty (i.e., no-trait; one trait; two traits; or all traits) at the start of it. Not sure about the role of Ascension. Could throw that in the mix to spice it up further. lol

As for what those rewards could be, they could be anything that’s current or something entirely new. I just like the idea of having this new mode for this ever-expanding game to be included some day. They could create two versions: one for PvP and the other for PvE. If they do for PvP, they could make a leaderboard for that as well. Don’t know if that’s something they could add for Guild Wars. But its nice to have options. It keeps everyone interested in playing this game for a long time to come. At least I think so.

To clarify: there is only one troop slot, so summoners would do nothing?

Just thinking about some of the mechanics built into the game which assume a multi-troop lineup. Summoning, guardians buffing all other troops but not themselves, ally boost/buffs, etc. Would Leader or General traits activate if there is only one troop? This wouldn’t break this as a mode, but would steer players toward certain troops that work better on their own than others.

Yeah, that crossed my mind as well. There would be three available slots should someone use a summon troop. Fair is fair.

If this is meant to be a 1 on 1, then I think I’d rather it be limited to 1 slot so that summoners would be useless. If you still have 4 slots, but only start with one troop, everyone would only start with summoners, which severely limits the variety of the mode. It’s not really a duel if you can call for back-up…

I don’t think players will choose a Common troop, like Dragon Eggs, when starting out. The risk is too great what the other guy has. And there’s no guarantee that the board will generate a bunch of yellow gems to speed up the summoning.

Sorry I think this is a silly idea. The whole game is defined around team-building and choosing which colours to charge in which order. 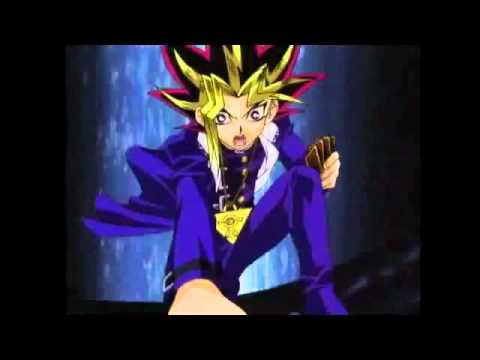 i think the idea is cool in general, but not at this big scale.

no leaderboards, no pvp etc

also there is no need for setting up player vs player fighting, it can be just random troops, at least as long as gow has no “live pvp” mode

about extra slots: more or less either way its fine, but i think it would be better if it had no extra slots beside the 1 - it would exclude some troops - sad thing - but instead it would greatly reduce the time one fight is played in most cases

and i think it is great that it would make ppl use troops that are good alone - as its a new aspect of game that is not really used much of now, it would make the game more interesting to re-discover the troops under a different angle of wiev and different criteria to choose by

If this is meant to be a 1 on 1, then I think I’d rather it be limited to 1 slot so that summoners would be useless. If you still have 4 slots, but only start with one troop, everyone would only start with summoners, which severely limits the variety of the mode. It’s not really a duel if you can call for back-up…

Even worse actually. Considering Sir Gwayne’s spell is fairly cheap and he summons multiple (up to 3) troops, I expect everone would start with the exact same troop…

That’s one variation I’ve thought of as well. Just didn’t spell it all out in my initial post since I really wanted the community to actually chime in with their own thoughts. For all we know, the devs already have this idea in mind and are still weighing all the pros and cons with it, like they usually do. So what we say here can impact those decisions.

I’m just glad to bring it to light FWIW.

Yeah, I like this idea as a minigame. We need more of those and this could be fun.