The real reason why Dragon’s Eye “needs a nerf” is definitely down the the PvP revamp. Lets face it, if PvP didn’t get revamped, we wouldn’t have such variety where you die to dragon’s eye instead of slaughtering fire bombs…

(FYI: before the OP mentions something like “You’re biased cause dragon’s eye doesn’t cause you issues”, it does cause me issues, if i let it cast. My [current] team is fast enough to remove it if it’s 1st/last, and can still do it well if it’s 2nd/3rd)

Guess the pc version and ps4 are totally different then cuz on ps4 all best win/loss ratio defs use taipan, flammifer and co (even ppls that before had a great DE def swapped to it).

Once again i find kinda hilarious read “if there’s no autobarrier i win in no time vs DE” BUT the problem seem is DE.

Guess the pc version and ps4 are totally different then cuz on ps4 all best win/loss ratio defs use taipan, flammifer and co (even ppls that before had a great DE def swapped to it).

Yes fighting dragon eye can be frustrating but another nerf and I’m grabbing the pitchfork and torch.

The rant isn’t for delves (Honestly don’t know why the applied the delve nerf in the first place) but rather for PvP where it can feel like a high level delves with how BS it can be. Remember, the transform change is, overall, a buff to PvP which makes it worse.

Yes fighting dragon eye can be frustrating but another nerf and I’m grabbing the pitchfork and torch.

Again, for PvP the nerf needs to hit, not delves since they already butchered it.

It’s not like the devs don’t have massive logs showing how much Dragon’s Eye is still being used in Delves/Tower and PvP.

As has been said higher up in the thread, the half-level transform was a band-aid on the issue.

There are two core issues that need evaluation.

Against all other similar effects in the game that are even remotely close, I’ve said in the past the weapon is ludicrously undercosted for that it does.

The latest mythic, The Possessed King, has three 20% chances to transform a random target for 26 mana.

Dragon’s Eye has a 100% chance to transform a player-chosen target for 15 mana.

It’s not even remotely close. Dragon’s Eye, a free weapon, is an order of magnitude more effective and efficient than the lastest ~5000 gem value cost Mythic.

Fun Fact: Even Zuul’Goth is vulnerable to Transform. (Player version, not Raid version)

That’s a balancing decision for the devs to make. Still, immunity to further transformation would be a Delve/Tower issue. As mentioned by others, one transform in PvP is all the effectiveness that is needed because of player units being restricted to level 20 max.

Unpopular opinion incoming, but I can’t see how Dragon’s Eye doesn’t get nerfed again, short of the devs taking an intentional blind eye towards the weapon. It’s still light-years more powerful than anything in the game.

Dragon’s Eye has a 100% chance to transform a player-chosen target for 15 mana.

I wonder if they could do something like all tower killers and god slayers are immune to transform, and give them some small niche use instead of dead content after 6 days. Add that immunity to the 3x-5x skull damage trait.

I disagree, it is still worth using in delves, just not as effective as it was before the nerf.

I admit it’s really boring and not fun to play against. I mean, i still win using the dragons that I didn’t start with, but i’d Rather play with my team then random dragons.

So I avoid it.

If you can’t beat something head on, why not think your way around it?

What good is Dragons Eye when you can’t cast it because your mana has been zapped…?

I would remove Psion (depending on where DE is placed) and add in Grinlet and Famine, if you’re chasing the mana drain dream that is.

I’ve seen those teams, and my Dragon’s Eye offense is not impressed.

We’ll see how it plays out. There are a couple of new defenses I think are a lot better at getting the upper hand than this one. The main downside to the “broken” DE defense is you have to be a particular class for it to work.

It seems like the mana cost for DE should be a bit higher, maybe 18 or so.

More importantly, the impervious trait should be resistant to transformation.

What good is Dragons Eye when you can’t cast it because your mana has been zapped…?

What good is mana zapping when you can’t cast it because Dragons Eye is on a stealthy hero?

What good is mana zapping when you can’t cast it because Dragons Eye is on a stealthy hero?

Psion and Famine zap everyone.

Or just refesh PvP until you find a Team that’s easy to beat if you don’t want a challenge. 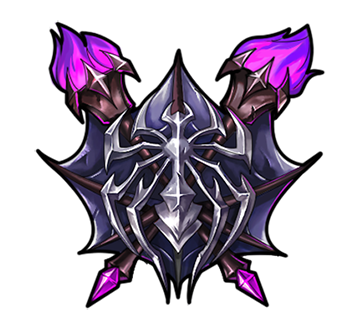 Orbweaver is one of the Hero Classes. It can be unlocked by finishing the class quests at the end of the Quest-chain in Zhul'Kari. (only one can be active): 10 victories: Silken Armor - The Hero gains+8 Armor., 25 victories: Dark Mana - The Hero...

Proposal: dispel an enemy. 50% chance to turn them into a Baby Dragon, boosted by 50% if their attack/magic/life is greater than mine.