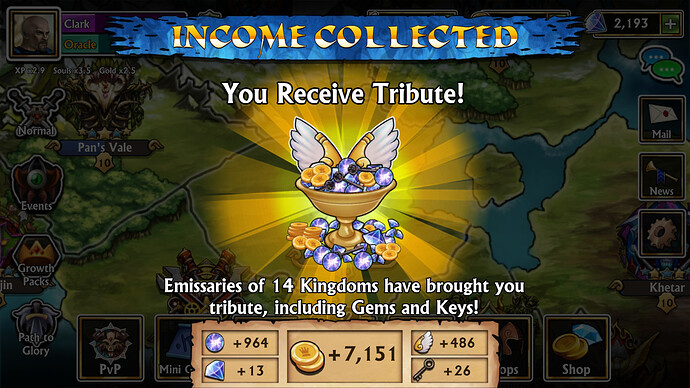 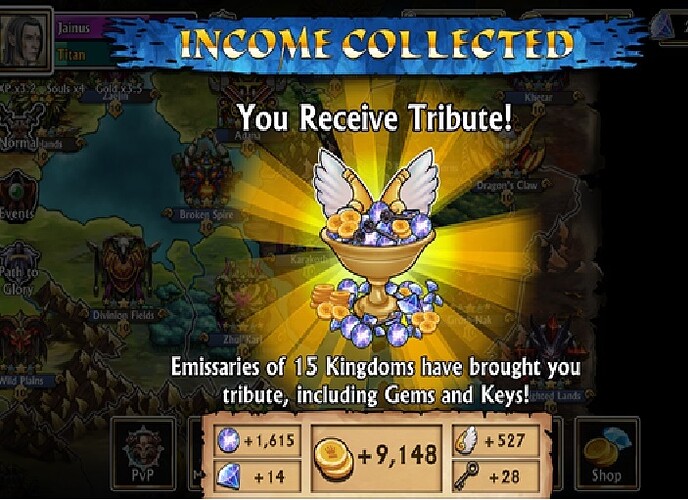 Not as many kingdoms as @BUSIN but more Glory (and Souls and Gold, must be more stars on my kingdoms).

@eika I think that makes me a winner. Which is a nice change compared to how GW has been feeling.

Im out of likes. Title is now updated. 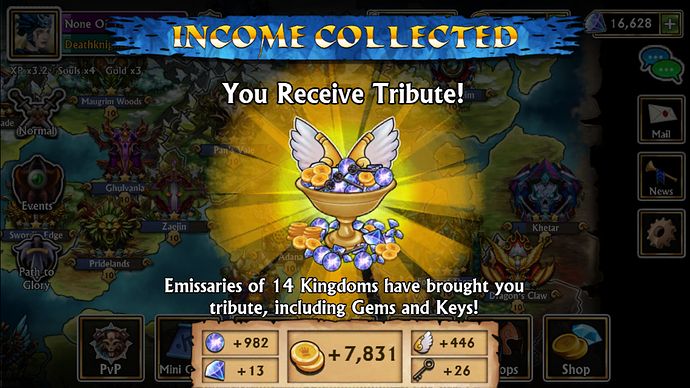 Guess I’m a ways from the record. Oh well. I was happy with it.

This is my best, and I’m no any VIP 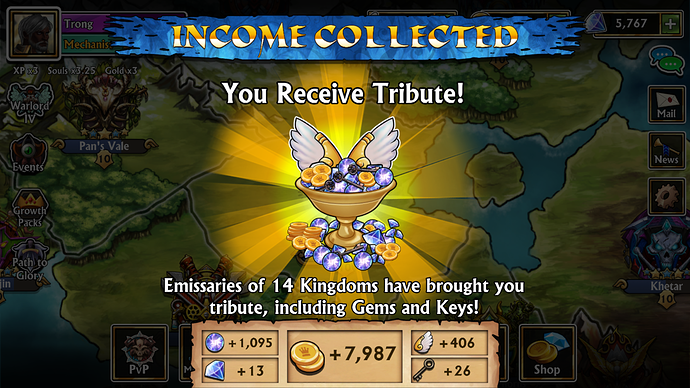 18 is the highest I have ever seen screenshotted (that’s a verb now), wow, well done…

I think 16 is the highest I have ever had, but didn’t screenshot…

The balance of the loot must (I guess) vary wildly with which kingdoms fired… whether you have all stars etc… and home kingdom… No idea how I got to 527, I assume the math is in there somewhere… the previous two screenshots here (as well as mine) have more glory than yours (on 14 kingdoms not 18), but way less gold and souls…

I know it’s not enough to dethrone the king but this is by far the most Kingdoms and Glory I’ve ever received (most Kingdoms before was maybe 14 for me?): 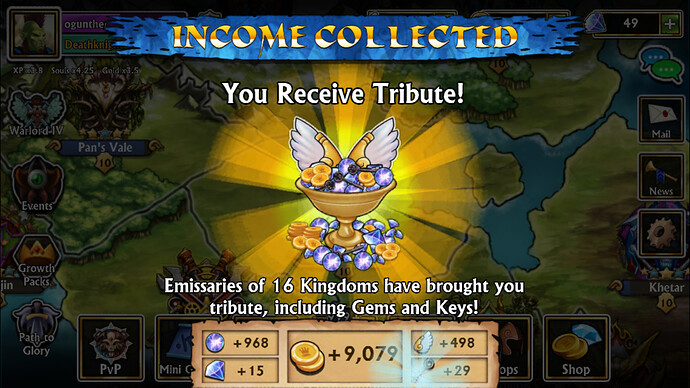 wow, almost 500 glory, better than most!

Yeah I did a quick search and it looks like only @Jainus has received more in this thread (apologies if I missed anyone else who did better). So close…

Yeah, as the title says, Jainus had the most officially known glory from one tribute income.

@rasper deserves a special mention for the amazing 18 kingdom tribute…

I’m not putting myself to shame posting mine

just wowzers! But highest i’ve had on console is 129 an I thought that was good lol, 89 odd on PC. 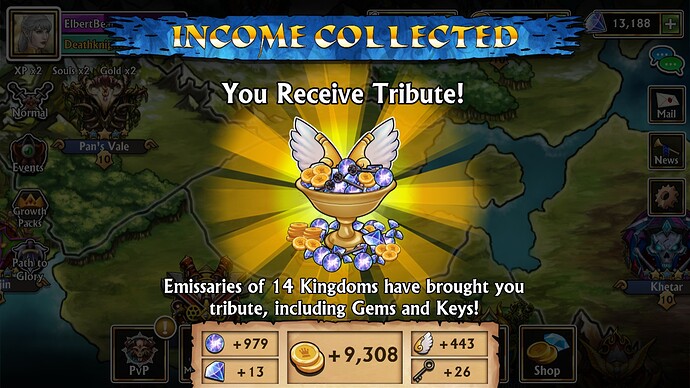 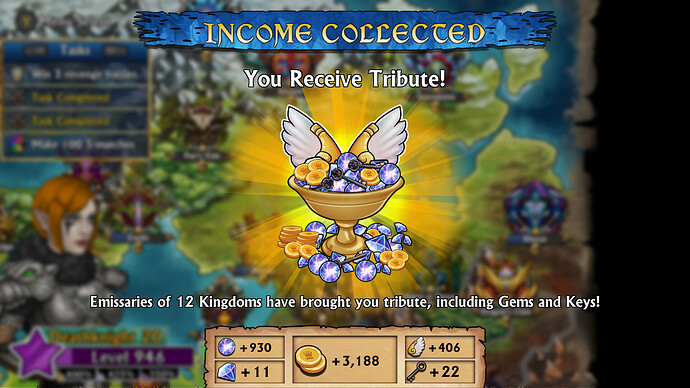 I had a 15 kingdom tribute with c. 450 Glory yesterday 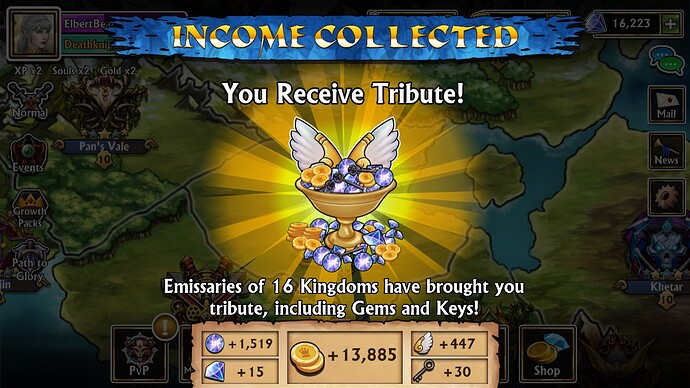 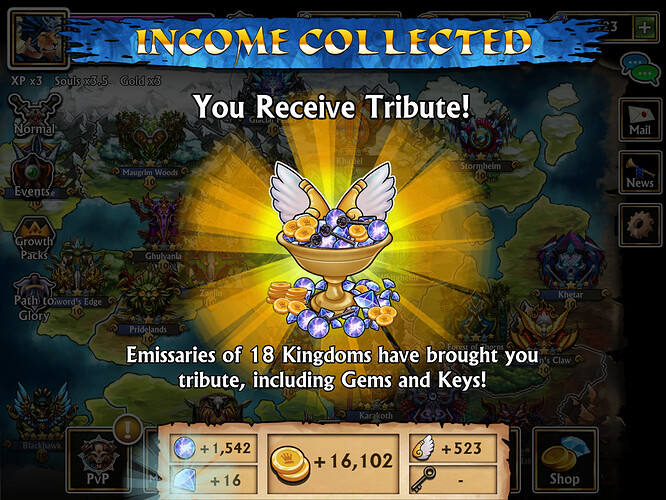