Map 4.0 - The Good, the Bad and the Cartography

I love the new map too, I think it’s awesome looking.

In the actual game, it’s less horrible for my vision disabilities than the stream indicated, but it’s still just not a good map and it has some really, really bad spots (where it’s the brightest).

I also agree with it not feeling handdrawn anymore - I think the new map was supposed to match the 3D-currencies and not the card art anymore, which is a step away from what the main focus of the game should be.

Still, it would be nice if the problematic things for colorblind people would get adjusted at least. It’s really taxing for my eyes. Being able to see more things than expected is good, still having stuff hurt my eyes is…less good.

For me the new map is ugly. It looks like a kid from elementary school painted it. x_X

Zoom. You cannot zoom all the way out anymore so you end up doing a lot of dragging.

You cannot zoom all the way out anymore so you end up doing a lot of dragging.

You cannot zoom all the way out anymore.

Cannot zoom all the way.

Zooming in on this issue. ;p To me, none of the other changes matter because this makes the map miserable for me to use.

They took an eye appealing map and turned it into a cartoon rendering. Nothing nice you can say about the style.

However I do really like the new map effects! That looks nice and is a step in the right direction.

I think it’s the weird gradient effect I’m not liking. It should have more textures. And the mountains don’t look like mountains at all.

My thoughts on the New Map:

Zooming in on this issue. ;p To me, none of the other changes matter because this makes the map miserable for me to use.

Thank you. I forgot to point out the zooming issue in my original post. I hate how we can’t zoom out that far too.

Also I forgot to add that I actually dislike how spread out the kingdoms are because, now that there’s no zoom, sooooo much dragging.

Even with a zoom out it’ll still be more dragging.

Note, I play on mobile. A normal sized iPhone.

Also I forgot to add that I actually dislike how spread out the kingdoms are because, now that there’s no zoom, sooooo much dragging.

Even with a zoom out it’ll still be more dragging.

Note, I play on mobile. A normal sized iPhone

Try doing that kind of movement with a Thumbstick on Xbox. It is some of the most awkward movement in a video game I have ever seen. Especially, when you are used to using a D-Pad, for almost 2 years, that has a quick reaction reponse when you push it. It makes this new dragging technique feel incredibly sluggish and out of place/date for such a “modern” game.

It makes this new dragging technique feel incredibly sluggish and out of place/date for such a “modern” game.

Or maybe creating an invisible grid feature to make the directional always jump into the nearest kingdom in the general direction you pressed for. Example: 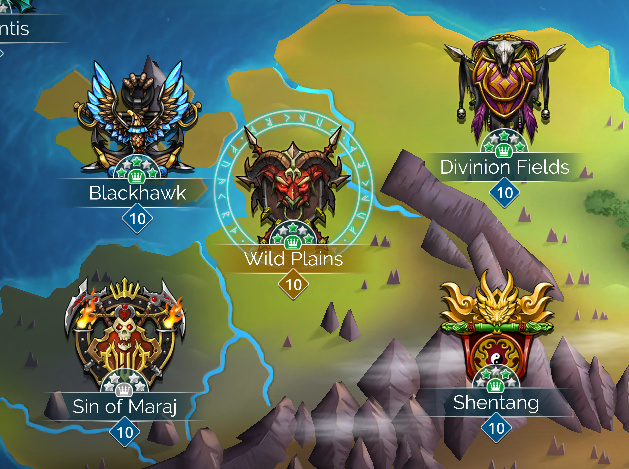 In the picture as Wild Plains is selected (and i must add that buffing the gnolls of this kingdom would also improve things greatly) if you push Left you would then select Blackhawk, if you pressed Down it would go to Sin of Maraj, pressing Right would take back into Wild Plains because it’s closer than Shentang and so on…

Well i’m almost assuming this is probably already in the game, because it seems counter intuitive if it’s not, but since there are complains about the behaveior of the map i’m suggesting it anyway. (Specially the part about buffing the gnolls.)

I have a very important question to ask about that and i am not just shamelessly quoting this statement for truth, but on a scale from 1 to 10, how much exactly do you think buffing Gnolls of this kingdom would improve things?

Well, in D&D settings they have excelent movement stats, so i don’t see how this wouldn’t help with the movement around the Map.

I am too lazy to post pages worth of all the reasons why, but I have two theories, both related.

The old map struck me as a giant raster asset. I don’t know if they had multiple resolutions available, but big raster files both “cost money” and “cost memory”.

The new map doesn’t quite strike me as a vector asset, but there’s far less detail in it. The things that do have detail tend to be individual small things like mountains for forests.

So I think either/both:

We can bicker back and forth about “how much an artist really costs” but these are the most logical reasons for the devs to take a step back in quality like this. I do not believe for a moment they agree this map looks better. But if I had to choose between “we can implement more features” or “the map can look pretty” I’d sigh and change the map too.

If the game had released with this map, I’d have never noticed. The main thing that leads to griping, I think, is the game started with very expensive, high-polish art direction that cost more than it could afford. Now that we’re stepping back to more affordable art direction, it feels like we’re losing something.

I wouldn’t be shocked if they are modern vector assets that can use color ramps/gradients.

As for my opinion of the map…

I didn’t like the original map’s art style because it looked like antiquated '90s graphics. It was also too busy of a background behind the shields. It looked far too cluttered as well.

The new map style fixes those problems. But, I still don’t like it overall. It looks like a sea of smooth gradients that lack artistic flair and uniqueness. This stands out glaringly in contrast with the lovely hand-painted art that meets you when you log in.

Since I understand that having a resolution independent map is better for an asset that large that needs to scale well for a plethora of devices, I won’t whine about it. That doesn’t stop me from not liking it though.

On a positive note, I love the particle effects and water.

I like the map in general. It needs some filing, yes, but it’s better than the previous version.

One thing in curious though: shadows from rocks. They fall to the south-west, which means the sun is on the north-east - and how that could be?..

Your northern hemisphere bias is showing…

I keep trying to ignore this, but… 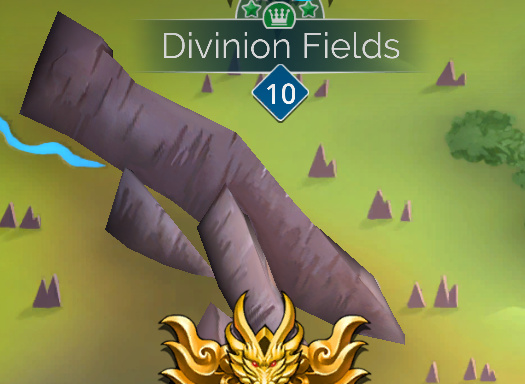 Since it seems like a (poorly made) 3D object i hope they can remake it properly without needing another update.

What, you’ve never seen a mountain that was shaped exactly like a prism before?

Making crude stuff on MsPaint just for the “lolz” has its charm, but the longer i stare and think about this being a professional work… These “mountains” are not even connecting properly between them, there is one above a piece of the other.

I’ll have to take a break and see/watch stupid stuff on the internet for a while.

I agree about the following:

I like everything else; it’s just the map graphics and navigation that I’d like to see improved.