[Known Issue] Bans for Everyone?

I am blaming this guy: 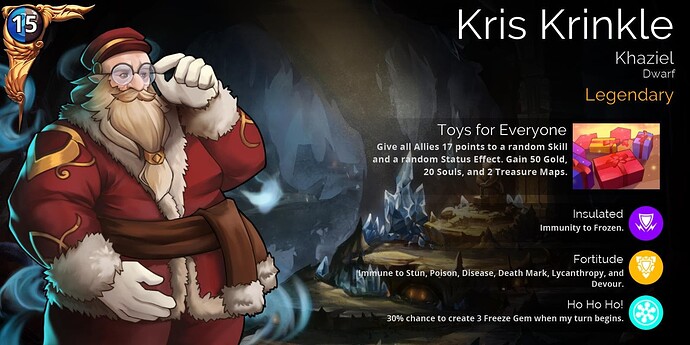 Is working as intended.
“Random status effect” there is a chance to get ban status effect, yeah for the player -.-

He is making a list…a really big naughty list 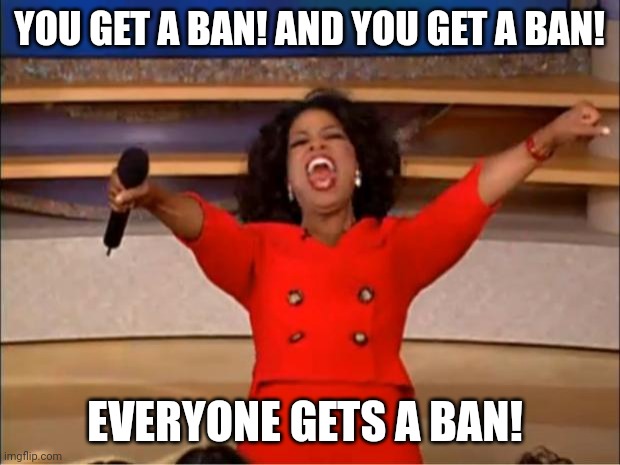 Question for those who got banned. Did you put Kris together with Tyri in your team and collect more than 10 treasure maps in a battle?

As hard as I play and as much as I support this game I’m positive attitude and financially, can’t believe I made the naughty list. It’s almost impossible to do most “hacks” on console anyways

Were you using Krinkle, Tyrion?

Nope.
Thrall, Kris, Diamantina, Cedric (that was what to used the most)

I usually cast Kris twice to max gold, so 4 maps per battle.

I’m playing the game a lot since I’m currently homebound and have lots of time. I also financially supported the game a lot. Think I’m VIP 8 (and I don’t want to be reminded of how much money that was that I spent).

Only thing I did differently was using Kris Krinkle.

Bu tive farmed harder during vault events than I did during the last 2 or 3 days since I started using him. So it’s not even that I played excessively.

I got maybe 3M gold - that’s basically nothing for an avid farmer (which I’m not).

Yes I bought golden battles to get gold pet and have had Krinkle troop since Monday. Had some fun teams to mess around with including a full 64 skull match board I got a nifty screen shot of. Can see why a troop that can give more treasure maps in a cast then you can normally earn might cause a problem with a computer AI not recognizing new troop mechanic thinking players are “cheating”

[quote=“Tyrion_Shark, post:14, topic:78221, full:true”]
Yes I bought golden battles to get gold pet and have had Krinkle troop since Monday. Had some fun teams to mess around with including a full 64 skull match board I got a nifty screen shot of. Can see why a troop that can give

Who lets an AI dish out bans while you’re away on vacation?

Yeah I’ve just got the same thing. Banned for what I’m thinking is using Kris alot. Think they would have sorted that glitch out before releasing him into the wild!

I just got Kris and (unfortunately) leveled and used him, but it was only for 1 explore run. I’ve removed him from the team and I’d delete him from my troops if I could. We’ve had people banned in my guild as well and they are people who just play a lot. We’re a PC group.

I had a long post and it really wasn’t all - or even part - negative and I just deleted it because I’d rather not get banned. And now I’m afraid I’ll get banned for even posting this. But I guess I’ll risk it.

Yup guildmates are getting banned… now this is

Probably just a oversight, at least we get more time to drink and fight with relatives.