I want a refund on Enraged Kurandara

Had I known how seriously worthless and unbalanced Enraged Kurandara was I would have never wasted 8 power orbs and a super rare Heart of Rage on it. My dumbass assumed Heart of Rage would have the same drop rate as Cedric in the vault since they are both Legendary Troops.
Trying to use Enraged Kurandara in this week’s ToD has generated two losses for me. Because the Doomstrorm goes in favor of the AI. A factor I had to be reminded of the hard way…twice.
We won’t go into how green troops are built for skull spam and how the ultimate doom room is built to be anti green skull spam.
We’ll just focus on buyers regret. The most recent unintentional addition of GoW.

And before I get some bull shit explanation about RNG doesn’t favor the human or the AI. Skull cascades that happen for level 20 troops are tremendously less DEVastating than say level 400 troops. And since 80% of the game presents these David vs Goliath type scenarios. Where the hell do I use a troop like Enraged Kuraworthless exactly?

When slapping the ridiculous price tag on Kuraworthless did anyone compare it with Zuul’Goth to see the cost could be justified?

For this week’s ToD I need a purple/green troop that can transform yellow gems into skulls. “luckily” I have plenty of options in that department. Unfortunately the troop that cost me 8 power orbs and a super rare troop to create it is the worst overall option. I wish y’all would of checked with @Kafka before release. She believes herself to be a great team builder and could of cautioned you against Enraged Kuraworthless.

And I want a refund of my 85 vault keys I wasted yesterday before the drop rate of Heart of Rage was adjusted.

Trying to use Enraged Kurandara in this week’s ToD has generated two losses for me. Because the Doomstrorm goes in favor of the AI.

If the Doomstorm was the issue, regular Kurandara wouldn’t have been any better.

Right now the Doomstorm mechanic is very inconsistent and detrimental in its current state. It really should be looked at.

If the Doomstorm was the issue, regular Kurandara wouldn’t have been any better.

Right now the Doomstorm mechanic is very inconsistent and detrimental in its current state. It really should be looked at.

But yes doom storms are a joke. And I remember now why I stopped trying to use them with my builds. In most cases, they will help you lose more than win.

For what it’s worth my opinion is: “Eight Power Orbs to upgrade Kurandara was the dirtiest move the developers could have pulled on their players.”

I could even agree to a price of one Power Orb, two would be a bitter price, three would be nearly unacceptable… But eight??? 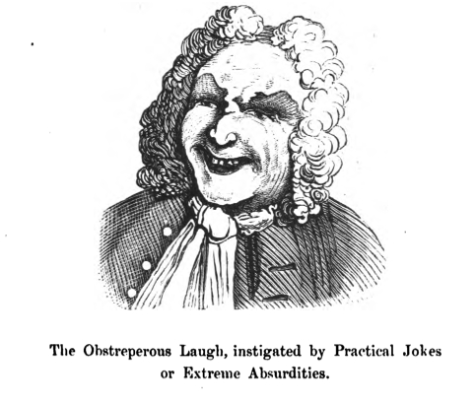 TL;DR: Bonestorms are generally, if not always, better than Doomstorms.

Not the point of the thread what so ever but understandable due to the “TL:DR”.

Man, I had a gut feeling he wouldn’t be worth it. Your post just confirms it that much more. I’m sorry it cost you all them resources.

A power Orb is $50 if you buy it with money so $400 for a boss troop. Seems kind of high to me. I think 4 power Orbs at most to craft a troop. That’s my opinion of course. The fact you have to kill another troop is silly too.

I had a semi long exchange with whoever runs @gemsofwar on twitter about this troop. They gave me the generic “we aren’t changing the cost of this troop” response. They did confirm they aren’t putting boss troops into every campaign though. When I asked if they’re going to at least buff it to make it somewhat comparable to Zuul in any way, I got “Thanks for the feedback Phillip. We don’t have any current plans to change the troop at this time, but this may change in the future”.

So they aren’t changing the cost, there won’t be a boss every campaign, and they have no plans to buff the troop to make it worth the cost. With a cute “Thanks for the feedback”, which as we all know means “this conversation is over”.

It’s weird because if there’s not a huge rage thread about how bad something is, they’ll assume that everything is fine. But in this case we do have a huge thread about it and they’re just ignoring it and telling us nothing is changing (on twitter not even in the actual threads). This company pretty clearly doesn’t value interacting with their players when it comes to obviously bad game design decisions, but they’re all over the place when it’s time to justify their next money trap. So how are you even supposed to rationally communicate with people who lock themselves away in an ivory tower echo chamber telling themselves they did a great job?

Kinda frustrating, anyone with even remotely high level knowledge of the game knew this troop was awful. I feel sorry for the people who wasted power orbs on it.

The troop was created to sell gems. There will be more intense bot battles going on for top spot in events to get the power orbs. But that is ok, as long as they buy the gems.

Now we have a situation where its rare in the vault and after getting a copy (or two) it just dilutes the drop pool of vault rewards. Once you have the troops you want/need from the vault getting more copies doesn’t really feel that rewarding - and the Vault should always feel rewarding

I don’t recall who suggested it but the Guild Seal/Guild Guardian solution (Mythic +4 copies = removed from the drop pool) feels like a good solution for the Vault (to be clear, I am not suggesting that for chests in general, just the Vault)

To be fair imagine the opposite for one second - that it needed a nerf.

How much complaining there would about “pay to win” etc etc etc followed by “I paid for it now its been nerfed, I want a refund”?

Within that context, making it weaker with the potential to buff it later is “better” than making it to strong and nerfing it

Honestly how hard is it to perfectly balance an eight power orb Mythic troop and satisfy everyone? I would actually say it’s impossible - but a lofty goal worth striving for.

TL;DR
I am not associated with the company gemsofwar is just a forum username
HOR should not be consumed in the Soulforge
Once Mythic+4 troop should be removed from The Vault drop pool of troops
Enraged Kurandara needs a buff (perhaps more than 1)
Underpowered is “better” than overpowered
Constructive feedback is constructive

Within that context, making it weaker with the potential to buff it later is “better” than making it to strong and nerfing it

I don’t believe this is the case in Gems of War. They’re far too busy making new content to go back and smooth out the content they put out once its released.

Nowadays, once a troop is released underpowered, they’ll ignore it since it doesn’t break the game and doesn’t make them money (even though old mythics are sought out for collection purposes and legendaries are sold weekly); thereby letting them move on to more money projects.

Its a shame too since some of the best/well received troops now are the ones they actually paid attention to and buffed up.

At this point, an overpowered troop will at least see play, bringing in more value then underpowered dead content.

Dawnbringer doesn’t consume its pieces cause they are weapons, not troops. You also can’t craft dawnbringer more than once. It’s not an apples to apples comparison.

Yes - but its where the basis of peoples expectations came from.
Regardless - Salty’s update a few minutes ago is that not consuming is going to be the standard moving forwards - so yay!

Then they don’t understand game mechanics, simple as that really. Just because players expect something cause they see something else, doesn’t mean they are seeing it right. In terms of enraged kurandara its working as it should. If it was weapon pieces they wouldn’t be consumed because you can’t have 2 of a weapon. You can get more than one troop. Simple.

In terms of moving forward, thats good news I agree. I see players will get compensated as well and that’s a nice move too. So very good response from the devs here.fist bump

Dawnbringer doesn’t consume its pieces cause they are weapons, not troops. You also can’t craft dawnbringer more than once. It’s not an apples to apples comparison.

Xathenos would be a better comparison than Dawnbringer, imo.

Xathenos (a Mythic Troop) does not consume its Legendary pieces - the Heart of Xathenos, Eye of Xathenos, and Soul of Xathenos. All you have to do is pay the Diamonds, Souls, and Gems for each copy.

Now, Xathenos’s components are technically Weapons and the Heart of Rage is technically a Troop…but, there IS precedent for not consuming Legendary materials when crafting a Mythic troop. I’m glad the devs have decided to follow precedent.