I could do 23 dame using my Hero Weapon but suddenly it was Nurfed down to 18, and that just pisses me off. If things like this can happen I’m going to play a whole lot less.

A Picture of it a short while back before the Nurffing, but like I said it was 23 today (After getting a Kingdom up to 10 and getting bonus) 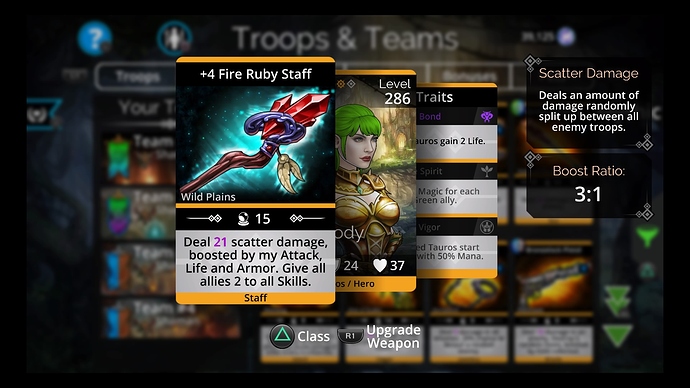 What My weapon does now after being Nurfed 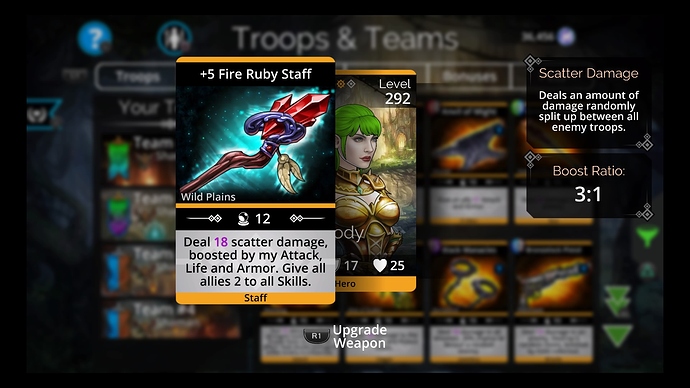 Now as I understand it I should be getting these bonus from Upgrading the weapon, Kingdom Bonus and maybe something else.
BUT I don’t know of anything that can lower it in all match-ups.

Did you change Hero class? Hero classes give a +5 bonus to weapons of a specific colour.

Sorry for the late reply, I was watching a TV show and taking a break.

If you are referring to using using a class like Shaman then yes that was it, and for some reason some of my teams no longer had ANY Hero Class. 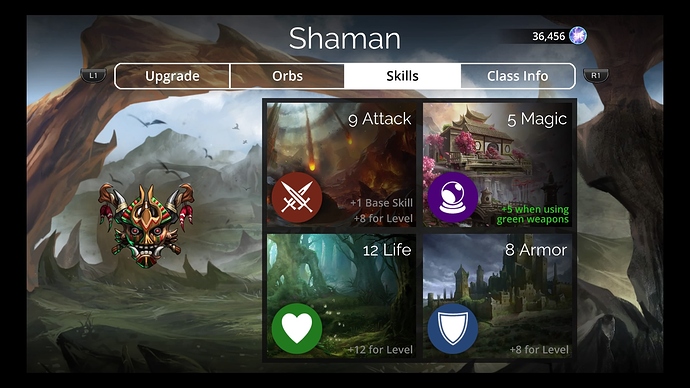 When the new Class Update version 4.2.5 released on the 15th of Jan, all of your Teams were automatically assigned a class. The team you are using the Weapon in may be a different class from previously. You can learn how to change the Class to the correct one here.

Do you now have the Shaman Class equipped to the team you are using with the Weapon, and if so, is the issue still occurring?

@Lagertha, when were these screenshots taken, i.e. after playing what kind of battle (Pet Rescue, PvP, etc.)? Were you accessing the Troops menu from the World Map or did you go into Edit Teams before an Explore battle (e.g.)?

I have a feeling this may be related to my post in this Bug Report thread:

@Kafka I think there may actually be more to this. [IMG_20190205_232039] [IMG_20190205_232137] While playing around with teams in Delves (the Fang Moor Faction Event), I noticed that my hero’s class was displayed differently depending on whether I selected from the Weapons list or from my Team. This is despite having the same class assigned to the team (if you can make it out in the pictures from where the arrows are pointing. Moreover, the one shown from the Weapons tab (Frostmage) was the…

Edit: I think it’s particularly note-worthy that @Lagertha’s Hero has no class attached to it in the 2nd image, which was apparently taken after the 1st, and despite the Shaman class being visibly assigned to all of their teams in the background.

I’m thinking perhaps you played a Pet Rescue (or Delve or similar), without having a class assigned to your team (as they didn’t automatically apply), which could have caused your World Map avatar to have no class attached to it(?), which meant that clicking on a Weapon in the Troops menu caused your Hero to show up without a class, as per my post in the other thread, and thus without the bonus damage.

Yes Jonathan Me thinks that’s what happened to me.