I prefer to call for reciprocity, our guild started out on a principle and has been commited to it until this point. I trust that mostly everyone did the best they could every week from the beggining and we pushed ourselves further for the sake of each other more than once when things were hard in given periods and such.

The bonds we shared together on the guild, as far as this is just a game, should be enough to the extent that if you, me, or others even feel the need to move on we should understand each other’s decision. That’s reciprocity, not standing in the way of others or blaming them for seeking something better.

I owe a lot to my guild for how they treated me BEFORE I was an end-game player.

You are the top contributor every week you donate double the gold and trophies than most people do and you have been doing that since I joined in November. I don’t think you owe the guild anymore.

I appreciate that Maxx. You’re one of the reasons I feel so bad about wanting to move on.

But it is the players job to be in a guild matching their expectations and level of play. It is not the games responsibility to limit rewards for everybody in the game to the lowest common denominator of other people in your guild who do less than you. PvP is about personal play, Guild Wars is about guild play. If they wanted to reward loyalty alone, they would hand out rewards based on # days with the same guild. Loyalty is important, but it isn’t the only thing, and shouldn’t be evaluated in a vacuum. Stay loyal to those with the same goals as you and the same drive, but if those aren’t compatible you’re probably in the wrong guild, and the growth of the game shouldn’t be stunted because of your desire to stay there.

You shouldn’t feel bad. You have done so much for the guild. If it wasn’t for you I don’t think we would be where we are now.

Whoa that’s a lot of text…

Personally I think the Guild Guardians were damaging to the net worth of troops. Two are overpowered as hell. Two are little use to anyone. The other two have the odd situational use but could easily be ignored too.

If the six new ones are kingdom oriented and add synergy without breaking anything, great! but if they’re a few more Courage or Justice-level pains, sigh…

Yeah I don’t think anyone wants that, but I’d argue as Sirrian said you didn’t need the guardians to be mythic to be potent. Not even close, you just needed the traits.

So in that aspect it shouldn’t be about the haves and have nots.

Now when you factor in that a lot of players won’t have the stones to trait them, then maybe. But at least that can be earned out-right.

But yeah I despise Courage and Justice and don’t really want to see a new batch introduced.

It could be worse than the guardians really. Just for simply participating in the GW you get a copy of the troop, so it’s a bit like handing out firepower to everyone. If it happens that they are guardian-tier powerful.

I think I might be the only one who thinks that Justice and Courage are fine. Courage is mainly frustrating due to bone dragon from my experience. Skull damage has a hard counter, entangle. Sylvanimora is a good one. The only problem is that bone dragon is so fast and so devastating that a lot of times I can’t get an entangle off quickly enough and then it’s all over.

Justice and other guardians have the huge misfire potential, which maybe I’m the only one who struggles with… but the strength of Justice requires build up with using the skill multiple times. It’s strong but I don’t find it game breaking.

On a numerical level, Courage’s third trait shouldn’t be anywhere near as strong. Simply compare to Maw’s. With or without Bone Dragon, its out of line. Justice probably needs to have its ability’s numbers reined in, probably give its trait some buffing to balance that.

I was under the impression that guardians are supposed to basically be like base mythics. So comparing it to legendaries in that case wouldn’t necesssarily be correct. Maybe I am misunderstanding the intended power level / rarity, but when they were first introduced that is what I took away from it.

That’s… true… but even then, its easily far more useful than the others’. Though Honor’s is pretty solid.

Well honestly I see the guardians on teams as often as I see other base mythics so usefulness seems to be about even.

Edit: Oh you meant the other guardians? I misunderstood if so. I agree with you on that regard. The others aren’t very strong though and don’t beat out other cards competitively.

I think Justice and Courage are ok most of the time it’s just when they are put in certain teams they are OP. When Justice is paired with a fully traited Queen Mab they are almost unstoppable. Before I had any level 10 kingdoms I was using Valkyrie/Justice/Mab and I was destroying teams with double my team score. Even when my first troop was entangled I could just spam Justice on purples and destroy a team with spamming Mab.

When you look at the actual weekly activity, yes.

I know it was just a misplaced # 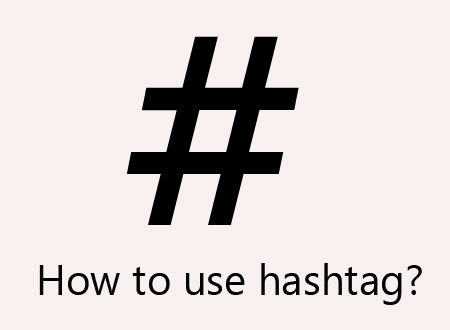 I’ll take pretty much any excuse to post Anchorman gifs.