Guild Creation (I wasn't sure what category to put this in)

Continuing the discussion from Please put new Guild creation into hiatus until we can fill the guilds we already have:

This is obviously something that has been a concern in our community in the past, and perhaps it is time the subject of starting up a new Guild was revisited (if it hasn’t been already).

Even as Ariel had stated back in 2017, recruiting efforts are getting more and more difficult especially for already-established Guilds trying to fill holes.

Yet, more and more people are starting their own Guild when there are tons of Guilds already that could suit their interests.

I would recommend that, if not the idea of blocking new Guild creation, at least make it a lot more difficult to start a new Guild; raise the minimum gold needed or implement other means for someone to be able to start a Guild.

This is getting to be insane, people.

Well I think there might be folks that know each other in RL that may want to be in a guild by themselves. If you are having trouble recruiting then you might want to make your guild stand out so folks will want to join you. The guild I am in has absolutely no problem staying full. Giving someone a penalty because another guild is short players is not the answer. Making your guild a fun drama free place is the answer.

Maybe starting a new guild should cost a bookshelf of deeds

Of course, that’s why one Bookshelf requires 30 books. So each guild member can contribute with one book. And to make it all more ace$$ible, we will need a new section in the shop where we can purchase Books of Deeds with real money. 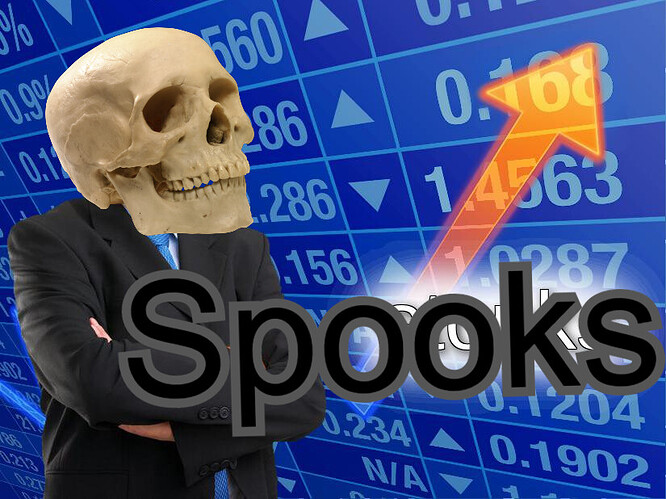 @Lady_Kendra
You probably wanted to put it under “Feedback and Reqests” category.

As for the topic, @rojo already said everything I had to say.

This isn’t JUST about my Guild, and it’s something that’s been happening for a while. I’m also pretty sure I’m not the only one who feels that something should be done.

It does not matter the reason. I used that as an example. If folks do not want to be in my guild I am not going to go to forums and say something has to be done to force folks to stay where they do not want to. What you do instead is look for folks that appreciate a well run guild and they will let others know about you. It works for us and I bet others are not facing your problems. I can’t remember the last time a person left us and started a new guild. I know some left the game or at least left the game for now but we are not facing the left to start a new guild problem that you are facing.

Besides there are also people who just like to create THEIR OWN guild, because it’s THEIR guild. Even if there wont be anyone else in that guild.

Stopping people from creating a guild is just going to draw more copies of angry mobs that the devs have to fight.

I think that the game needs to have a better guild suggestion system for new players. It should really go out of its way to make sure players are housed in active guilds and not have them selecting dead guilds.

Simply taking out guilds that have more than 10 inactive members or free slots would likely make a big difference. If they wanted to go further they can track last week’s gold donations or event participation to show guild activity.

I made my guild, so I am biased and have to disagree. I will explain my thought process as an example, though @rojo explained another very valid example already.

People told me back then to just claim a dead guild but nah. I wanted one named after my dog (his nickname is Prancypants because his butt is extra fluffy so it looks like pants, and he prances, don’t judge). Why? Because this is a game and I like not being serious. You can rename a guild once, but there aren’t any guarantees a dead guild hasn’t used that ability yet.

Could I have joined a guild instead of start one? Sure. I did. I have been in a few. Ultimately I couldn’t find a good fit. I wanted a casual guild, one that was active but had low requirements because even though I play a lot I don’t like feeling like I have to. Active in game chat. Optional discord.

Then, of course, I simply wanted to try running my own guild.

And why shouldn’t I, just because other people discovered the game before me?

All that said, I wouldn’t at all argue against deleting dead guilds (guilds with no activity for a month, or however you want to define it). That should help GW too. But this wouldn’t solve your current problem which is ultimately a recruitment one.

Edit: Adding an idea: Have @Saltypatra pass the reigns of the game subreddit to someone who is more active. Since it is an unofficial forum, it doesn’t need to be a dev. The recruitment sticky post there is from three months ago. If that sub had actual moderation, more people would visit it, and it would be a good place to recruit. 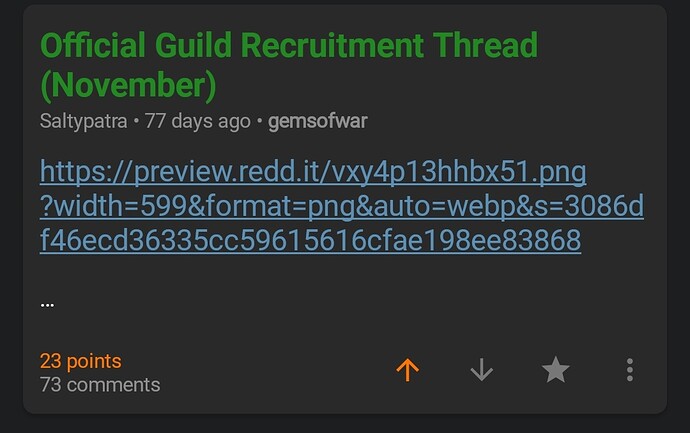