Originally published at: Giant in Red – Gems of War

New Epic Troop: The Ruby Giant The The Ruby Giant will be available this week for 400 Glory in the shop as well as in Event Chests, and will appear in Glory, Gem, and Guild chests in 3-4 weeks’ time. World Event: Ruby Reward There are 6 battles that players can encounter during the event:…

What is Ruby Roundup? 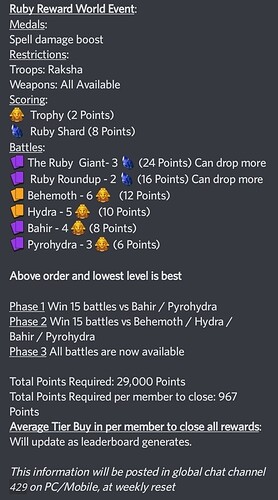 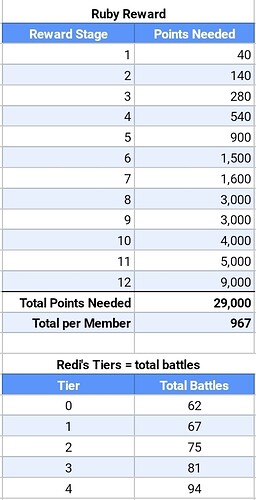 The amount of lowest scoring battles this week is what demands the high tier requirement. This is unfortunately the result of what happens when you put the AI in charge of the game.

Either that or the individual who made this decision is completely out of touch with the game as a whole. Having 30 active members in a guild is more and more less common each day.

What this event requires can be compared to labor shortages across the world. Rather than motivate folks to return to Gems of War. They are instead demanding more output from the players still enduring it. I choose my words carefully. Each update since 4.7 adds a little fun, but gives more frustration than enjoyment. My story isn’t singular. Many like me only continue to play because of my members. I continue to pay to help keep the servers on. But the amount of respect the publisher shows it’s players is increasingly disrespectful.

Each update since 4.7 adds a little fun, but gives more frustration than enjoyment.

It’s why I have played maybe 250 battles in the last year.

I’m giving this week’s event a D- because of the high buy-in necessitated by having to take so many low scoring battles. Only thing saving this event from getting an F is that the event medals boost spell damage.

I advised two of my guilds to just completely skip the event. So if there is actual intent to bleed more gems from players the reserve will happen. Considering I only invested Tier 6 and am on the LB. I doubt I am the only one who doesn’t think the juice is worth the squeeze. 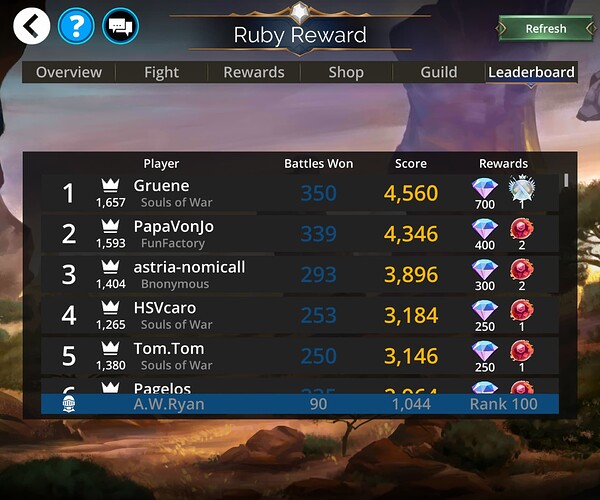 Depending on where your guild is, completing world event can be pointless. A case being this week. As soon as I saw the scoring system I knew it would be silly.

Save your gems and the developers might add some worthwhile loot to events. Keep spending and their analytics think it’s working.

I know it’s hard to not do the final tier, we’ve never failed any ever, there is some sort of catch there, the devs want you to spend, but I’m advising against several spending Tier 6+ for ‘old rewards’.

but I’m advising against several spending Tier 6+ for ‘old rewards’.

I only spent it. Because I can afford it. And I wanted to be able to properly critique the event.
Like a movie reviewer would pay to see a bad movie so they can properly warn others not to waste their time or money on it.

Yes and yes. Events with old and redundant rewards are becoming more and more pointless. GaP and vault means newer players can grind similar rewards if they have the appetite to do so. The days of working together as a guild have been decimated by new gem expensive content (upgrading pets instead of doing your bit for the guild started this IMO) and player drop is increasing. Helping new players was always one of the things that made this game appealing but the new culture I feel has destroyed that spirit of teamwork. There is no ‘I’ in team but there is an ‘I’ in IP2.

Please don’t use our participation this week as evidence that Tier 4 requires by 30 is acceptable by any means.

We did it for retention only. Just incase any other members were on the verge of quitting this abomination of a game and not completing the event would of been a last straw for them.

Guilds manager have to do whatever they can to keep players engaged despite you. Instead of getting aid from you.

Why none of you care about your paycheck is beyond my rational.