New Epic Troop: The Topaz Giant The Topaz Giant will be available this week for 400 Glory in the shop as well as in Event Chests, and will appear in Glory, Gem, and Guild chests in 3-4 weeks’ time. World Event: Topaz Treasures There are 6 battles that players can encounter during the event: Zephyros,…

I am kinda lost.
I can’t find a troop called Topaz Terror.

Not sure if there will actually be a troop called Topaz Terror, though – it’s the name of the ‘battle’ in the upcoming World Event, while there IS a new troop called The Topaz Giant – so maybe it will feature that troop. Or maybe there’s another troop that wasn’t announced…? I think not as likely, though.

There have been previous World Events that had name variations for battles like this.

likely just the name of the battle. wouldn’t look too into it. not the first time we’ve had weirdly named battles.

Taran’s and Gary’s spoiler don’t have that troop.

Edit: Ah, I have to wait to get the Rarity for the battle.
Thanks
Here I was thinking it was always the name of the troop involved in the battle.

Yeah, it’s the same as World Event: Ruby Reward from a few weeks ago.

There are 6 battles that players can encounter during the event: Pyrohydra, Bahir, Hydra, Behemoth, Ruby Roundup, and The Ruby Giant.

There is no Ruby Roundup troop, just the battle.

I was hoping to see info about Xenith and the Tower. Isn’t it time for them to enter the drop pool? 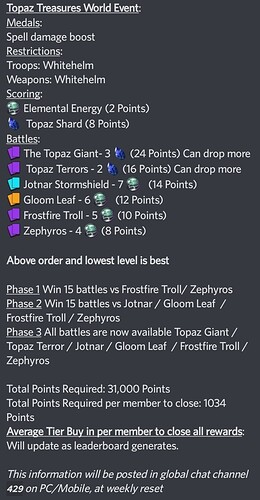 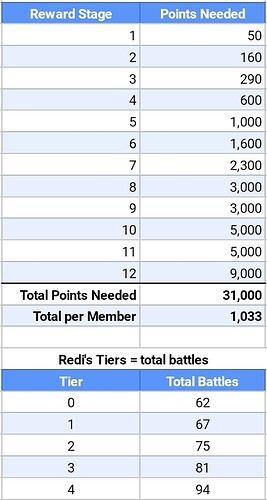 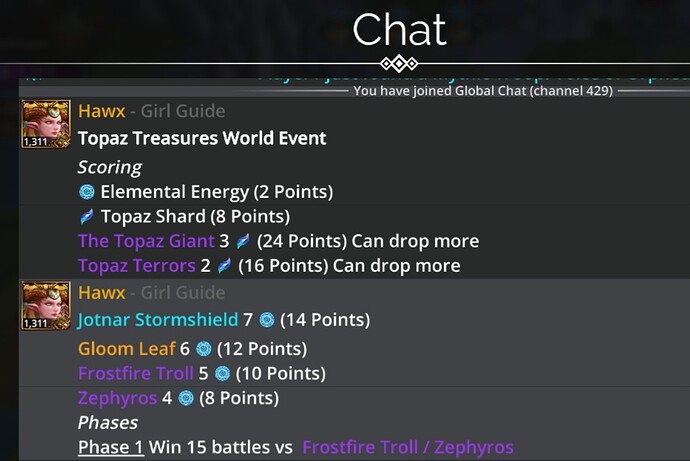 And yeah same as Ruby Roundup and Medusa Creations etc. Topaz Terrors is the name given to a group of troops

I’m not saying, you ran out of ideas, but the current set of giant troops means, that for five weeks (excluding the first one), there is no need for a lot of creativity on your end either.
Copy and paste troops, copy and paste events.

Any news if tomorrow’s Hall of Guardian faction event will have the new Deep map alternating between the normal one, like the weekend event? Or it will be a normal Tuesday event with only one map?

Tier 1 will be need or not to finish to event will be depending on that.

There’s an update coming out soon. Perhaps worth waiting to see what bug fixes are in the patch notes, generally only game breaking bugs get hot fixed rather than quality of life issues or adjustments. I doubt translation issues will be in it as devs seem to think the native German Translator that plays Gems of War has the translations done right

. But as a rule, name calling doesn’t generally get the job done quicker either

But as a rule, name calling doesn’t generally get the job done quicker either

I wouldn’t go as far as to say that the word @CaptainAwesome used to describe how users may perceive current (or multi-year-long) dev-work is completely inadequate.

…but you’re right. Doubtful it will turn things into gold.

But as a rule, name calling doesn’t generally get the job done quicker either

I’d go along with your statment in most cases, but here I prefer to leave this sinister, creepy feeling inside their minds mocking them till they realize that we’ve been telling them for a long time now, what’s wrong with their activities/non-activitites, lies and unfulfilled promises.

Smart people realize what they did wrong in most cases and acknowledge it at least.
Greedy people have the ability to ignore it even after realizing it.

After the experiences, I made with this game, I consider it a success, whenever things do not get even worse.
So the notion, that the next update is on its way, leaves me rather worried.

But on the other hand, the game hasn’t disappeared!

I learned, over the weekend, that the devs of another game I play have a history of shutting down their online games with minimal notice. Gave me quite a different perspective on mobile games – and how pointless they ultimately are.

A complete shutdown of a “free”-to-play is unusual. So far, I’ve only seen those in cases, where a third party license (like for a brand or character) has expired. Most of these games are left running in an abandoned core version of permanent stuff, or if the devs are feeling really generous, with a few old events set up in perpetual loop.
Server costs have gotten low enough over the years, that even very few paying players still are enough for a bit of profit, so anything that feels entertaining for maybe the first twenty minutes is good enough to be kept running.

If you replace world events with the old cycle of raid - guild war - invasion - tower, you might even get a pretty solid game out of this one, once all development and support is shut down. Have seen much worse.

Thinking about it… I may even prefer it that way. 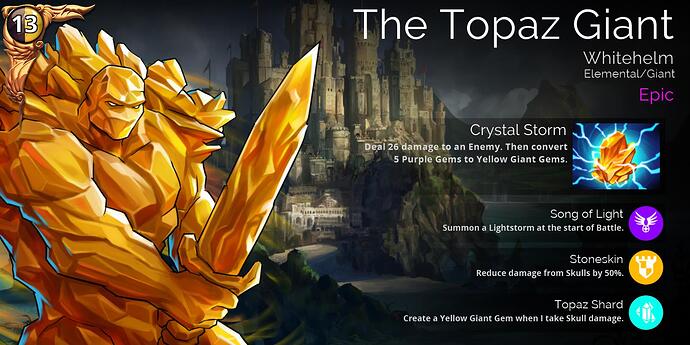