Ghost in a Shell

I really don’t think 300 for triple Common is the way to go with this. Not at all. Someone who will really benefit from getting a Common shouldn’t have to pay as much as they would for an Ultra…

Meanwhile, on the collectors’ end of things… for that price? Still no way. I got one. To have the thing. Now waiting on an excuse to open Gold Keys. 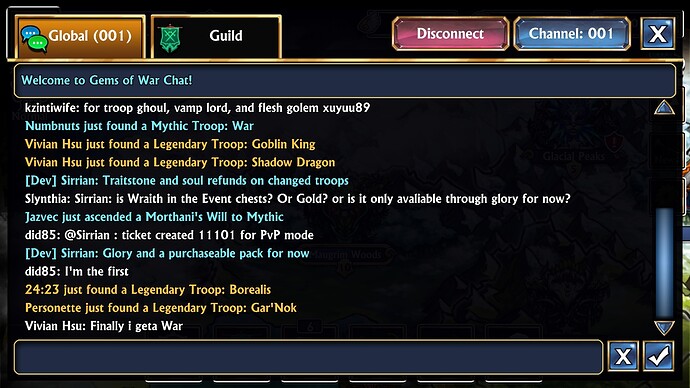 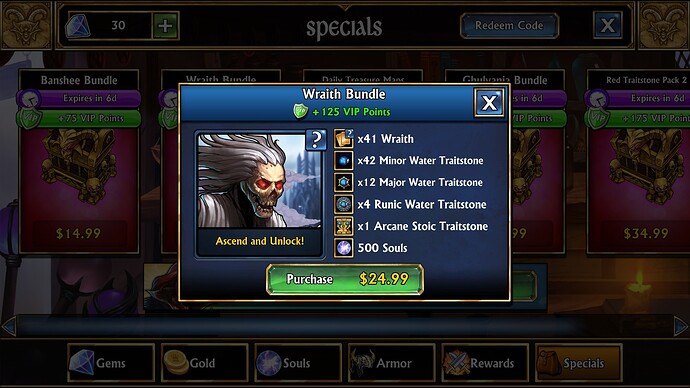 Actually considering what we got would 100 glory for one be too cheap for the rest of what was in that 300 glory pack?

I’m thinking more along the lines of a totally different pack structure. Obviously 100 Glory for the standard gold and keys and traitstones is pretty good.

Vampire Lord is now Brown/Purple, still removes Red gems to boost… that looks like a buff to me. On the other hand, he still has Fire Spirit, meaning that not only is he down 1 magic (given he used to be Red himself), but he now suffers from the same issues that Reaver used to have. Any chance this will be altered?

For that matter, there are only four troops with Magic Spirit, while there are nine with Fire Spirit currently. Just an idea.

Some quick calculations show that in theory this is actually worth more (in terms of real cash) than the standard 300 Glory UR bundle.

However, my premise for valuing cards is not necessarily correct. What I currently do is say 1 copy of a card is equal to roughly 10 of the lowest quality keys (so generally Glory, but in this case Gold). And this is skewed a bit further by the fact that buying gold for real money is actually a very expensive way of getting gold.

The following troops are have been added to chests:

@sirrian are you sure that Marilith and Nobends went into chests…? I just opened a LOT of chests (over 10k Glory chests) and didn’t get a copy of either…?

can’t reset my vampire (on steam)

now i can… shrug…

are you sure that Marilith and Nobends went into chests…?

Just checked the data and they’re all in there! Gem, Glory AND VIP Chests should all have them

they’re all in there!

And so is the Summer Imp!

…and the Spring Imp

…and the Winter Imp

…and the Spring Imp

Yep I can confirm that, just got one too!

Can confirm he just got at least two lol. Freaking Imps!

Apparently I lost my lounge status.
This makes me sad. Are there some kind of weekly req I have to meet or some such?

Well color me purple.
Will you look at that. Thanx buddy

Fun fact: If you use Morthani’s Will on a Great Maw that is ready to cast it’s spell, it steals enough mana to fully charge itself again for next turn.

Still got the wrong Imps! I don’t know if Summer has even been found yet but I still want two more … 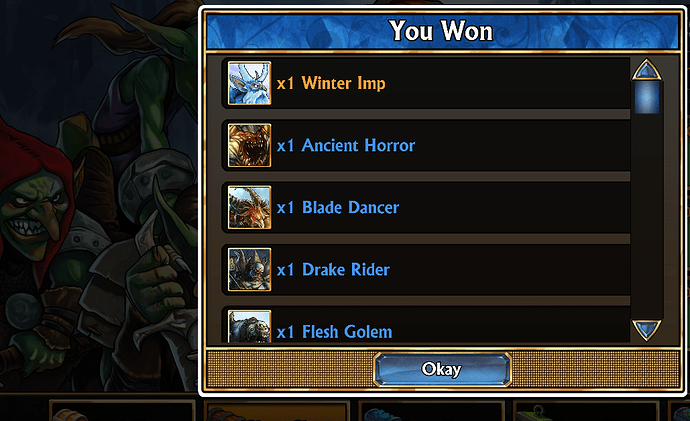 Can confirm Naga Queen, Sacrificial Priest and Yeti are in here though. And Nobend Bros and Marilith.

Nevermind, got Summer. Everything is good. Except for rogue Winter Imps, I mean.

I’m totally good with the rogue Winter Imps, I need one more to ascend. 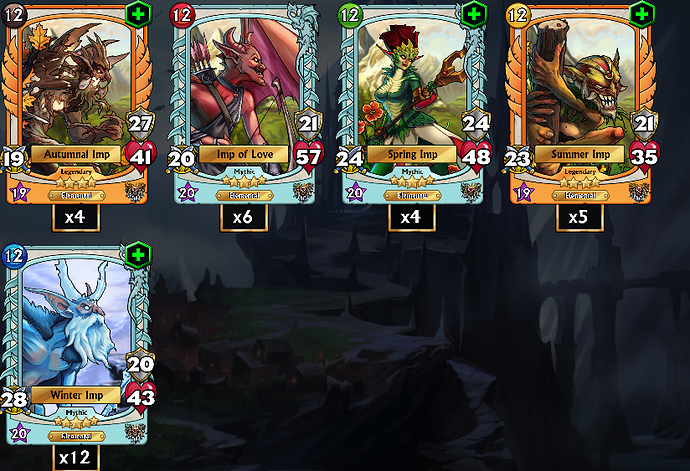 I sort of want Winter to stop now

pretty sure I got three just now…