Disclaimer : I didn’t make any of the arts. All the copyright belong to the original maker. Tarot card arts are from Gems of War asset, while the card back is an edited version of custom Heartstone card back made by Joifish. The purpose of this card is just for entertainment and to showcase the possibility of official physical prints in the future. There is no intention for commercial or for profit.

I was always fascinated by the tarot, and their costume counterpart in all media, so I was very excited when The Sun was added in the game in for the 3rd Campaign, and have been a feature of it afterward. 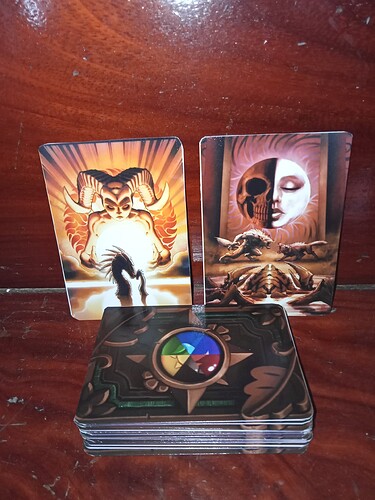 So far, 13 Tarot cards was already released, with 5 more in the upcoming schedule. For all 18 cards, they’re 15/22 Major Arcana, and the Minor set was already starting as a reward of Kingdom Rework pass, beginning with the Ace set. We only got one in the game, but there are art for 2 more of them already, so only the sword suit was missing, which will probably be part of Karakoth Rework.

In the future, they will need to release The Hierophant (like the class name), The Hermit, Justice (like old GW guardian), The Hanged Man, Death (Like Apocalypse Horseman), Temperance, and Judgment, so 7 more to complete Major set. As for Minor, after being done with Ace, I guess they could go through the face cards; King/Queen/Knight/Page, so 16+1 more to go at least. Although that still wouldn’t cover all kingdom, so let’s see how it will work out. 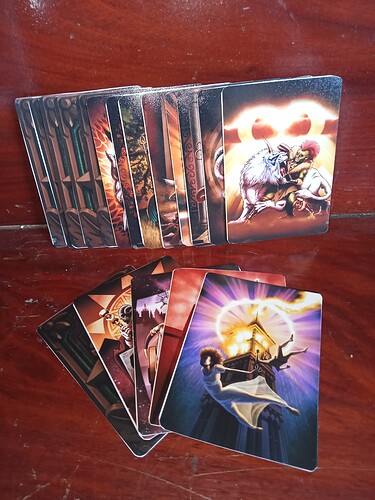 As for me, I didn’t want to wait that long, so I guess I should just print them now and do it again later again when the set was done. So I collected all the tarot arts, then looked for the card back that was closet to the game, and edited them to fit the game. I think the 6-mana icon worked pretty well to, and it was good enough to work when you draw a card upside down in fortune telling use!

After that, I went to the photo shop to print them on a 4"x6" photo paper. When that’s done, I cut the frame off, folded them and glued them together, and now I got the deck of my own! 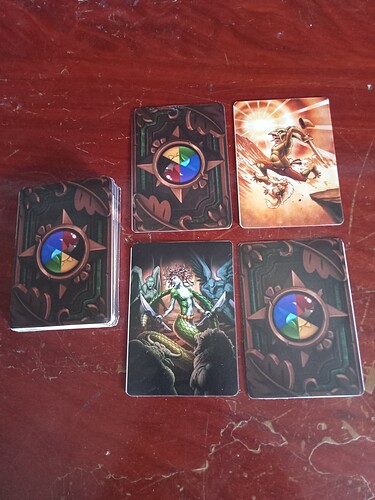 I’m so happy to finally have the deck to play. But in the near future, if the devs (@Kafka, @Jeto, and others in the team) want to make an official deck, please notify me. I’m sure I will be one of the first customer!

Lastly, I want to share the real-life spell art of the current Campaign Tarot, The Empress. Hope you guys enjoy it! 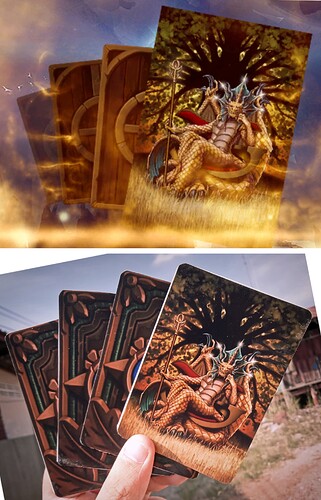 What a cool idea, @TimeKnight