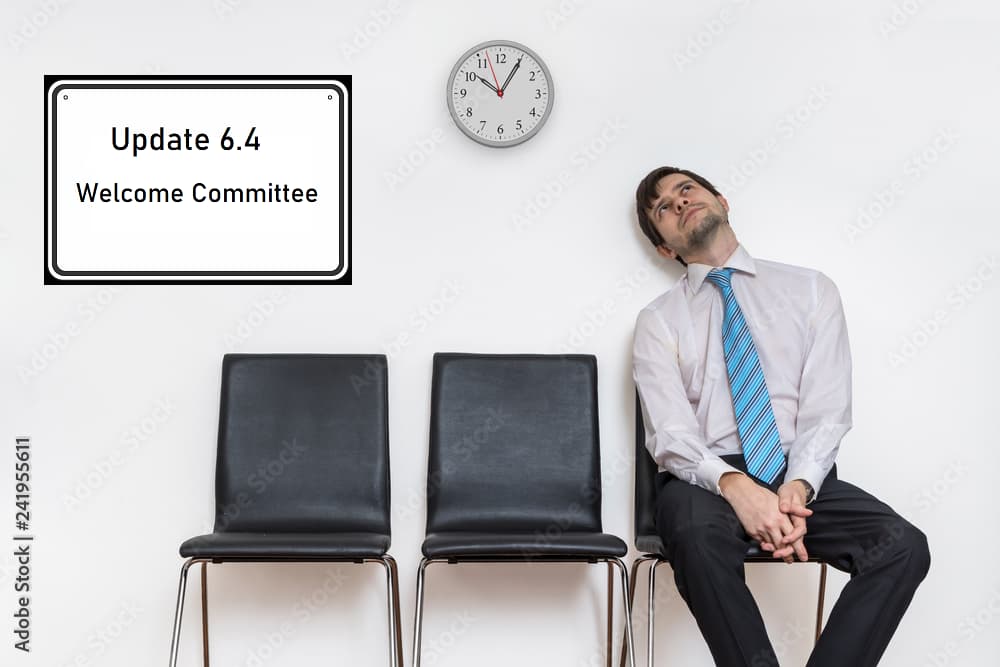 Can one of the devs provide an update on this? Is the June update delayed? Cancelled? Changing from the Roadmap? Details please.

They’re out for the weekend, so we won’t hear about this for at least the next two days or so.

That being said, it’s probably just delayed. I’m guessing it’ll come out in the next week or two. The Hellcrag 6.5 update after 6.4 is scheduled in a way that seems like it’s pretty locked-in since troop releases are part of the currently running campaign and are scheduled to drop July 18th. This isn’t just looking at Taran’s, this is counting weeks in-game looking at the upcoming kingdom progression for the Medusa campaign.

Also there is now a new class coming soon space holder on the class screen.

A lot of devs would have given up on new content and begun winding down. So as bad as things may be it could be worse.

That’s… not how these kind of games work. They make money from content. If there are no new troops, no new campaigns, no new anything = no more money to run servers.

Here is the picture of roadmap which clearly shows Hellcrag is on its own, not part of any updates. 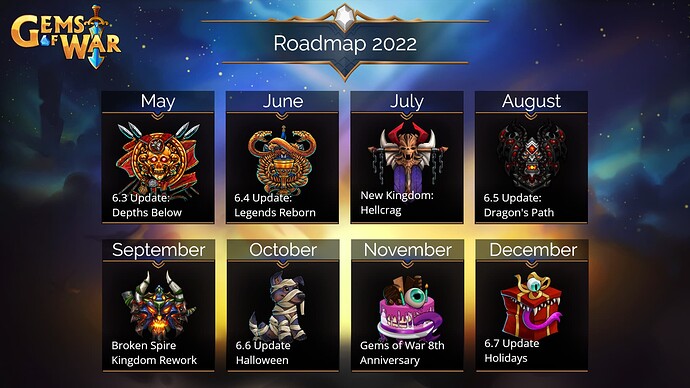 My mistake. I was remembering the order of things but not whether or not they were full updates.

Better that the developers take a little extra time and get things right – or as “right” as possible – rather than rush things for the sake of an arbitrary deadline from a previously released calendar of events.

Not that some people would be pleased by this. Or by anything else under the sun.

I hope devs don’t get put off releasing another roadmap in the future if they can’t meet self inflicted deadlines.

We knew these dates were ambitious.
Maybe next time we will get more generic timescales “Q1 2022” sort of thing.

I still love the roadmap and it fills me with hype to have a glimpse of what is planned.

Noticeable that May and June were the only months that had back-to-back 6.3 and 6.4 releases scheduled; from 6.4 onwards the releases come every two months.

But realistically the only thing they’d need to do is post on their own that there will be a delay.

I think you missed the point I was trying to make. The community is so small that the profit margin is just not there. If PQ3 had not blown it, GoW would have been axed its that simple.

Also the update plan probably went out the window with the delay on the last update and the various major problems that have popped up since. Not saying anythings been cancelled just might appear some other time.

Do you actually know it is only a slight delay? How do you know its not going to be pushed back weeks or months or even shelved altogether? All we are asking for is a revised estimate of the new content as the original timescale has now passed.

Doesn’t Kafka say that those are just their best guesses of the release dates?

Yes, they don’t like to give out exact dates because things can happen. “June” was obviously an optimistic guess.

I’m guess one or many things happened behind the scenes: new kingdom wasn’t completed (I’m assuming it’ll have to be included in 6.4), problems with servers, problems with third parties (either Google/Apple/Sony/Microsoft… I don’t believe Valve would give them issues), key people were away sick, or something completely off the wall.

I’ve been playing this game for many years. It’ll happen when it happens, just sit tight.

Just providing a quick update here, unfortunately 6.4 has been delayed. This is due to us awaiting approval on the platforms to release it.

We have updated the Gems of War 2022 Roadmap at the top of this thread and added the image in this post to represent this and show how this has changed things going forward. 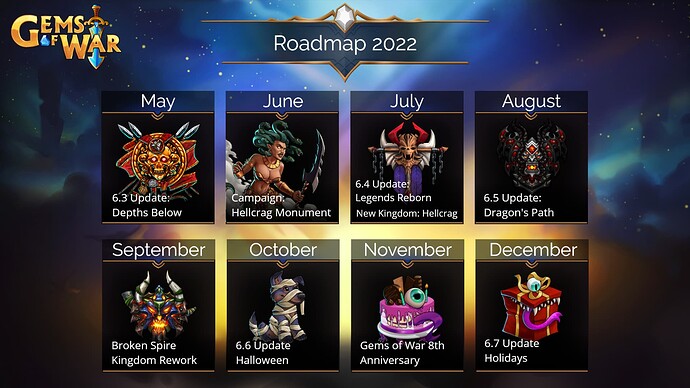 Thanks so much for the update! Your team has been much more communicative and transparent since the release of this roadmap and I for one really appreciate it as I am sure so do many in the community.