This weekend Sea of Sorrow is getting an expansion. The faction’s Deep Delve will become available for players to enjoy (once they complete Delve Level 100 or higher). It will also be gaining a new Epic Troop – the Clam Lasher. This troop will be available in the event shop this weekend, and will appear…

In the grand scheme of this delve, this troop does ok. After running pure faction with this troop (and beating it), I don’t think I would use this over a team with 2 The Deep King, but it does do its job as advertised.

You can easily debilitate the middle rooms as a lot of them are very reliant on single color troops (baby dragon, dire wolf, tome of evil etc).

It slows your team down though, so its a bit of a coin flip if you’d actually want it instead of overpowering everything with multiple The Deep Kings.

Are you sure about the new troop’s name?
“Clam” Lasher?

While we are arguing about 1488 being a hate symbol for some in the other topic. A troop get released with a name of a very kinky activity

But maybe I just have a dirty mind

What is your recommended team for PF500?
Thanks!

Due to the random nature of The Deep King, sometimes the last room can be a little iffy if your TDKs are hitting the wrong things. Still worth it for how much damage they can do.

Dilution for the sake of it 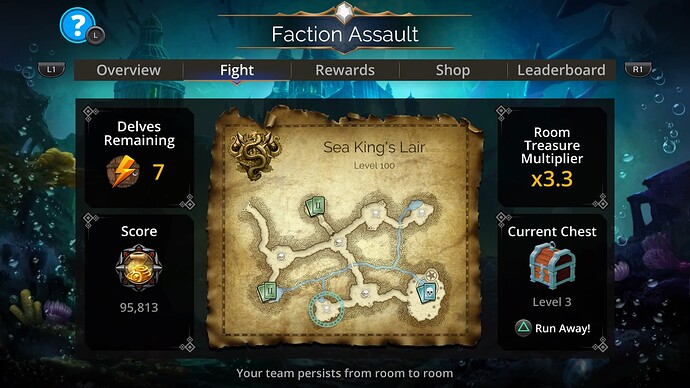 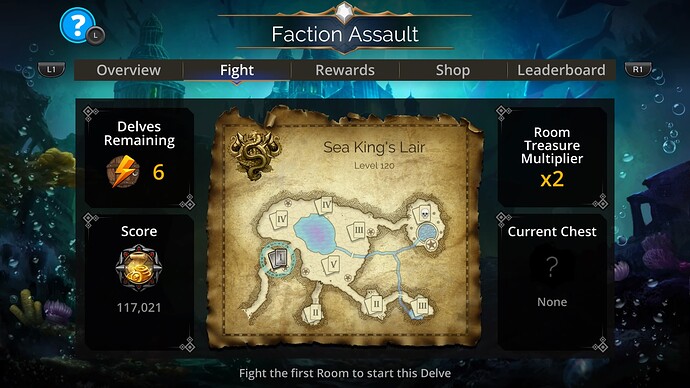 That’s part of the release, it’s just not mentioned there …

When an existing Faction has a weekend event, a new Deep Delve Map will be released. This allows Deep Delves to then become available for this Faction.