Epic troop at the end of the Questline

Does anyone have or know where I can find a list of the troops you receive after each questline? Like Rowanne in Forest of Thorns, and Shayle of Nexus, e.g.

I don’t know if somebody’s compiled a list previously, but here we go:

*- (Luther is the NPC who accompanies you during the Sin of Maraj questline, but Pride is the Epic troop awarded for completing it.)

You totally rock! Thank you!

As much as I remember Sin of Maraj is also Luther. Don’t ask, “working as intended”. 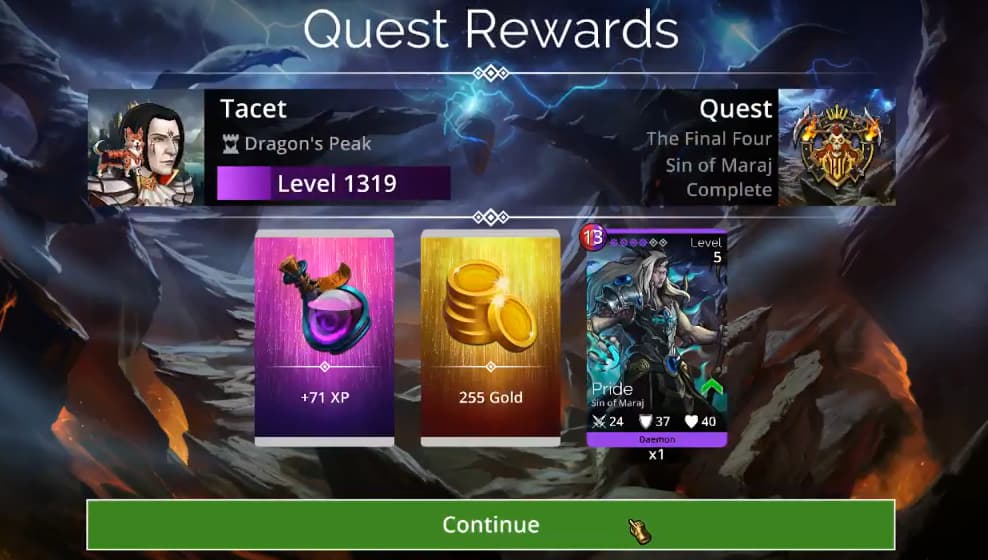 Right, the controversy when it got released was about the linked snotstone event awarding Luther instead of Pride, making it very difficult to ascend to mythic.

As much as I remember Sin of Maraj is also Luther. Don’t ask, “working as intended”.

Correct, Luther is the NPC troop accompanying you through the questline and Pride is the epic troop rewarded for completing it.

Sin of Maraj is also unique for featuring an all-Mythic team (from Apocalypse) instead of the usual kingdom-native Legendary troop. It was the hardest final battle by a long shot.