Do you remember these times when

Healers was often needed in the teams to have a bigger chance winning matches, like Emperina. That was great times!!

When trait like +1 hp per turn was meant something

If you got at least 15 vault keys per vault event you were lucky.

When the game was fun to play and not a boring grind. And when content wasn’t only available during an event but paywalled and then promised to be fully available 2-3 months later only for it to take even longer to appear.

When Apocalypse the GM of Arcanum 8 was still playing the game and helping out the members of the guild. For me he was a OG.

When you could get gems in legendary tasks.

When you didn’t have all the meta troops yet and had to try and build teams that worked with what you got.

When you didn’t know that pets worked all the time and didn’t have to be equipped to be active.

When card art was awesome. 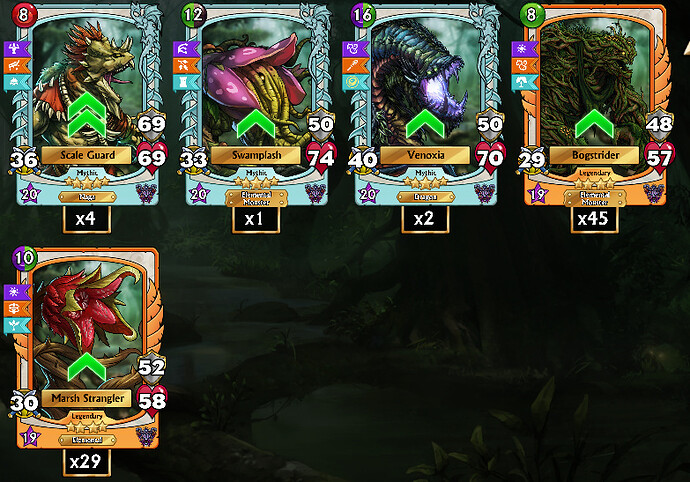 When dungeons meant doing a quick 3 battles without any frustration attached to the mode?

When 30 second battles were a thing of your dreams.

When enemy teams in Guild Wars wouldn’t loop you to death on the second turn.

When the devs themselves still interacted with the community and adjusted highly unpopular design decisions within days. It was an utterly amazing experience, one that kept veterans around for years, even after the game slowly devolved into the state it is today.

… when you spent weeks saving up gems for a dragon or celestial armour?

… when you could ask yourself “Do I have to log in today, or am I already done for the week?”

… when getting a legendary troop was a big deal?

… when using a hero meant throwing away a valuable team spot?

When mana drainer troops had their prime. Famine to mention one.