Instead of spending hours thinking and implementing the next way to try and get cash out of players. Instead go back to what could of worked if actually good coding was used as well as thought. 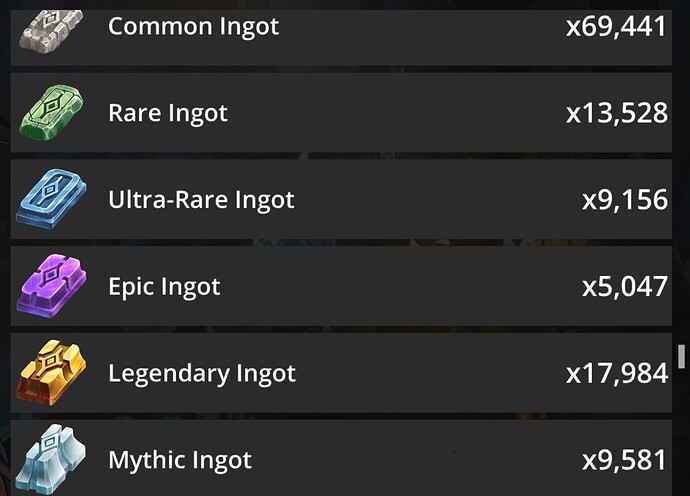 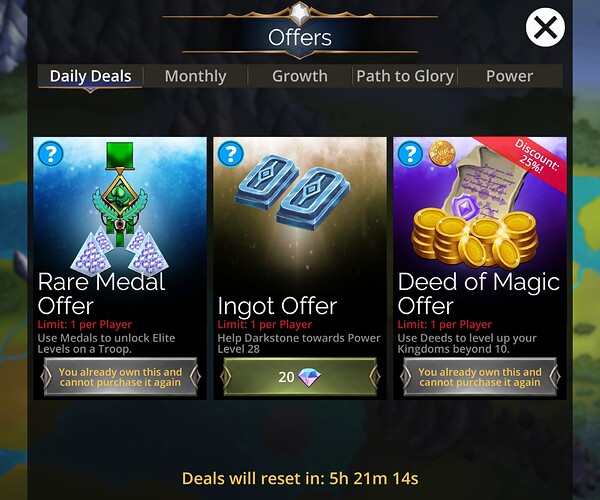 If players were actually offered resources that they NEED to succeed in Gems of War. Then gems would actually be sunk in a rate that could only be compensated with time in game hunting gnomes…or dare I say it…cash.

So instead of just walking away… ignoring…and acting like gem offers can’t make the game money. Actually figure out a way for the system to work. At the very least, you can’t break it more than it already is. Not to mention it was released broken so the idea never really had a chance in the first place.

Yeah, the devs have in fact acknowledged that randomized Daily Offers need work (there’s a general statement in the 6.6 release notes about future improvements). In particular, offers are based on your Kingdom levels but ARE NOT verified against your actual collection before being presented.

And like you say, when the offer is something you already have in surplus, it’s effectively wasted.

The problem about the future is it never arrives!

i can’t see your problem here:
the improvement on daily offers is there since patch 6.5 (August 24th), unfortunately it caused some issues in testing phase (we all know how much IP2 is testing), so we can be glad that devs delayed it, right?
i am sure it is still in testing phase and soon it will be released

The Elite levelling offers have still not passed testing, which is why we unfortunately have not been able to give an update.

Some other issues were discovered in the testing process which is why this has taken longer than we initially anticipated.

Yeah, the devs have in fact acknowledged that randomized Daily Offers need work (there’s a general statement in the 6.6 release notes about future improvements).

They have been “acknowledging” it for several years now. There are even some 6.5 Patch Notes from August that list a pretty detailed fix. And then a mystery bug was discovered that’s apparently complicated enough to ever prevent this from going live, even several regular updates later. I guess we are once again back to square one of the Daily Offer Drama, next step is for the devs to acknowledge the issue some time next year, possibly after awryan brings it up a few more times.

rumour has it, not even a dev can hide laughter on this topic.

Obviously @ANGI
They only have a “small team”.

I doub’t they even look at such “tags”.
They certainly don’t work on this topic.