This was posted over 3 weeks ago; could we get an update on this please?

The daily deals improvements were prominently featured in the 6.5 release notes and … haven’t noticeably improved.

Its not happening because they can’t be bothered to fix stuff that doesn’t affect them. But boy can they jump into action if it does affect them. Expect zero; bug fixes and QoL improvements have been promised for years. They must be running out of middle digits to show us.

Explains the part why we didn’t receive an update on the situation yet.

…but obviously I could be wrong, and there was long testing sessions, explicit to that problem. Just sadly without success. Boo. But this has to be it. They wouldn’t be dishonest. No, no. Yes, well, nothing we can do, I’m sure y’all tried your best while everything is "working as intended"™.

Why complicate things?
Just have a list of offers and let the players choose whatever they want and whenever they want.
it is that simple. @Kafka @OminousGMan @Jeto

you are missing the point. years of antipathy suddendly create reactive response when economy is an issue. This will NEVER change

The Elite levelling offers have still not passed testing, which is why we unfortunately have not been able to give an update.

Some other issues were discovered in the testing process which is why this has taken longer than we initially anticipated.

Again the problem isn’t that it took “longer”. Or that it still takes longer, possibly until forever. I mean, it is a “problem” only affecting “the players”… We know about “your” priorities now, it has been made clear with the latest Usain Bolt Style hotfix.

The main problem is, the players don’t get any infos without asking again countless times, the promises feel just empty because they’re just not happening, you seem to “bury” such tasks by not providing any infos on it yourself ever… While you could!
A short info yourself and everyone would know about the current status. Of course the players wouldn’t be happy about negative news, because seriously “what game breaking of an issue could have come up?!” & “how are you incapable of fixing such a thing”…
…but, the players would handle the situation much better, I’m sure of that.

Remaining questions:
How long is it expected to take from this posting on?
How many times are we expected to remember you or “the team” about this?

Can we finally get rid of useless ingot offers for maugrim woods please? 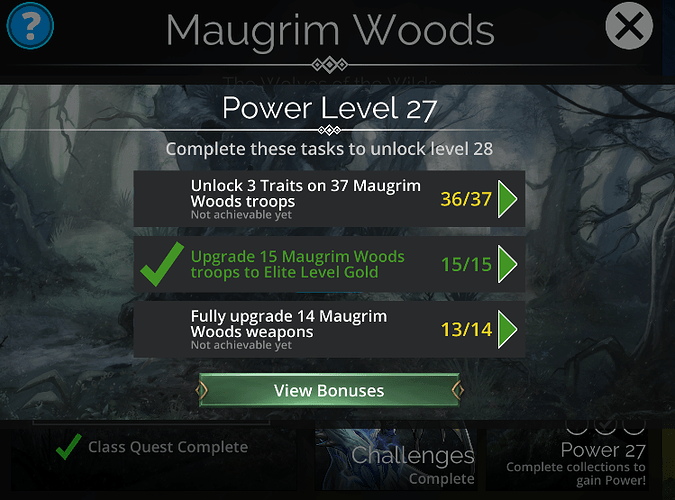 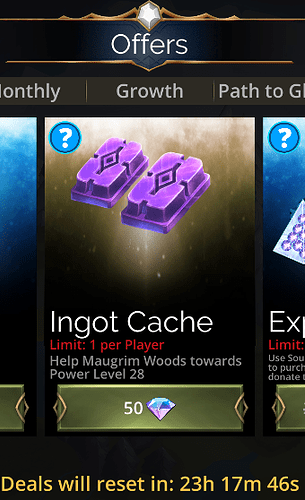 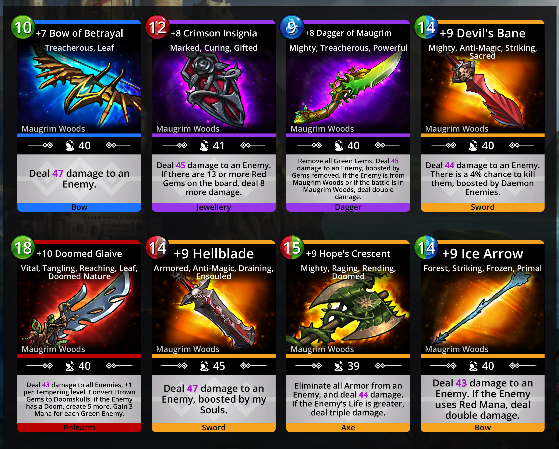 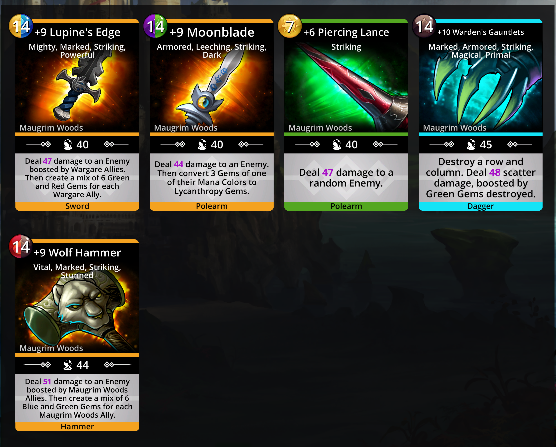 “Still testing” bla bla. Finally “start working” on it - please! - anyone.
Maybe even let the german translator get to work on this if noone else can or is capable of…
Can’t possibly get worse…

Makes me not want to buy the weapon more.

Vip 13. But my Patronage funds your other side hustles instead of fixing your broken game.

No offers aren’t game breaking. But they are flags to show broken the game actually is.

YOU can’t even fix the code. Instead you just post about how you’re trying to fix it or give false promises about fixing it in your patch notes.

But looking at the slightly increased chances of a perfect run in the Dungeon, they were able to fix the mistake very quickly.

[maxed] [mongooffer] [one] [two] “Still testing” bla bla. Finally “start working” on it - please! - anyone. Maybe even let the german translator get to work on this if noone else can or is capable of… Can’t possibly get worse…

It prevents me and many others from exchanging gems into offers I/we actually “need”. In the current state it is impossible to reach Power Level 28 in Maugrim Woods.
Will you ever acknowledge and adress this problem in any way, or just “sit it out” because you don’t actually know what to do about it? Do you even “understand” the problem, despite multiple users explaining it over and over again with words and or screenshots?
Fix your mistakes. Please.
It is really sad.

Been getting daily ingot offers for my Karakoth weapon problem. woo.

But even if you have Karakoth at Power Level 25 fully maxed you can in theory get the Power Level 26 weapon task already done by paying and acquiring and upgrading enough/more weapons.
That is the difference.

For Maugrim Woods even after that, it is impossible because there aren’t enough weapons. And it interfere’s with daily offers.
It is NOT exactly the same problem.

The system is flawed as I’m equally as blocked daily as you are regardless of the situation. My 2nd offer is clogged daily with ingots.

It prevents me and many others from exchanging gems into offers I/we actually “need”.

That’s relevant to me no matter what you try to say.

If you’re only complaining because a weapon hasn’t been released to make it possible, then you just need to wait for the next update to release so more spoilers can show up in the backlog. Your missing weapon may just be there. They’re not going to suddenly send you a free brand new weapon just because you’re stuck at KP 27.

The issue is not the missing weapon.
Its the remaining useless ingot offering imo

I’m not “complaining” because a weapon isn’t released yet. My situation is impossible to solve at the moment. Nothing the playerside or I can do!

I never said, it is a fair situation, but “You” could in theory buy up when the offer comes around. You have options. Questionable if it is reasonable to buy up, but in your situation you could and solve the problem generated by dev-greed.

I only pointed out the difference. If you’re unable to acknowledge this difference, then so be it.
It still exist though. I don’t know why you’re acting all hostile.

If we’re going with your suggestion of “waiting it out” then the same goes for you to. I bet it isn’t such a clever tip then.
Oh, and by the way, I never said I want a “free weapon” - so please don’t randomly assume stuff. I want the situation fixed, which can be done if devs would start working on the matter. This doesn’t neccessarily involve creating and releasing new weapons.

Next patch will be released before any of the offers are actually fixed.

Please don’t give us false promises in the next patch notes. They are for actual changes to the game. Not intended changes.

Next patch will be released before any of the offers are actually fixed.

Please don’t give us false promises in the next patch notes. They are for actual changes to the game. Not intended changes. 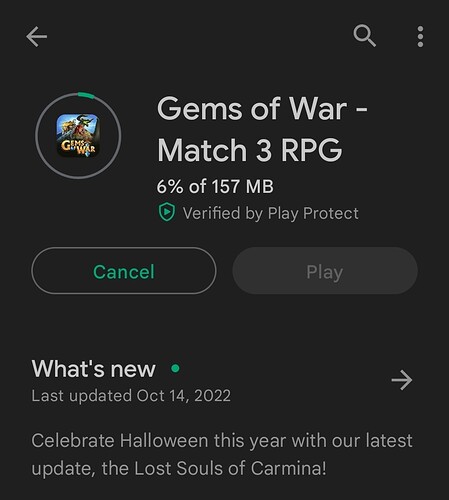 (And no I had no insider information.)