Congrats, we got one two weeks ago!

Since Penguin is a Guild Wars troop that “high chance” drops to no chance.
@Maxx I hope you didn’t go chasing for it.

“high chance” drops to no chance.

I only got 2 from all the tiers I bought

I also got 1 copy of Penquin as well, so I can confirmed it’s in the Tier Shop’s drop pool.

All 6 Guild War troops are exclusive to just Guild War reward and Tier Shops. I supposed it was intended, as you can actually use this troop in the event they drop. Those 6 Guild Guardians also drop in Elemental Invasion shop.

Hit level 1201 today. I know there is a list somewhere here in the forums that details what order the gem mastery options are offered, but I’ve never bothered to figure it out, so it feels random. I was hugely relieved to see this. 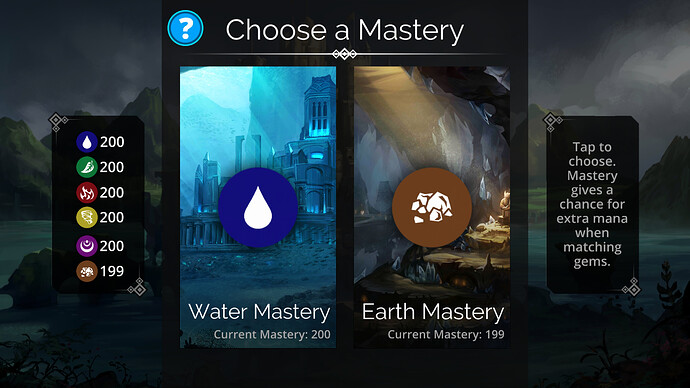 No, I just read this a while ago and haven’t saw any updates about GUILD WARS troops being available any where else. It’s most likely a bug. But if it’s intended it’d be nice if there wasn’t a ninja change.

Most players aren’t getting GW troops at a reasonable rate. Imo. Specially since GW are even less frequent than the time of these patch notes. I don’t feel like Tier Shops are reasonable either since they aren’t available during GW weeks.

Well we did get the hall of guardians, which in name kind of counts.

I mean…HoG wasn’t even worth doing a separate Emblem. So yeah… Basically the same thing.

I love terrorized this game 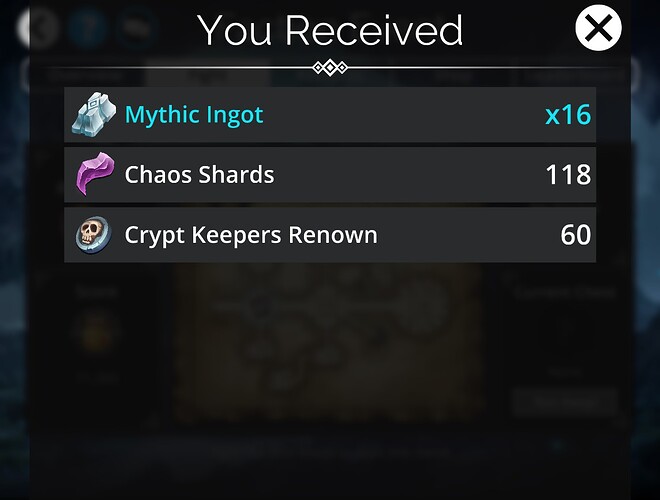 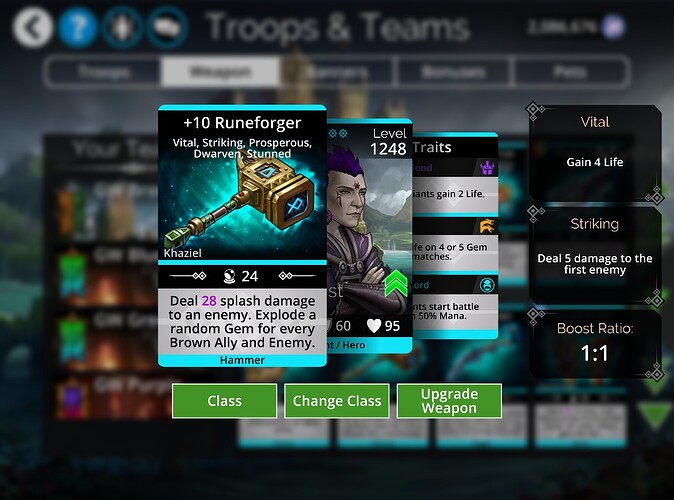 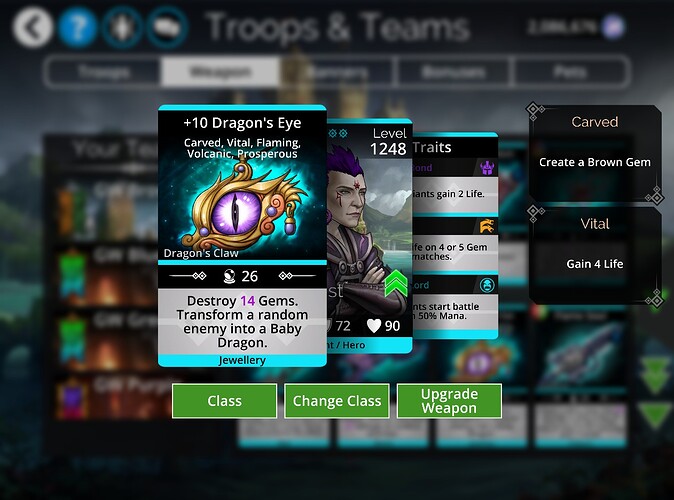 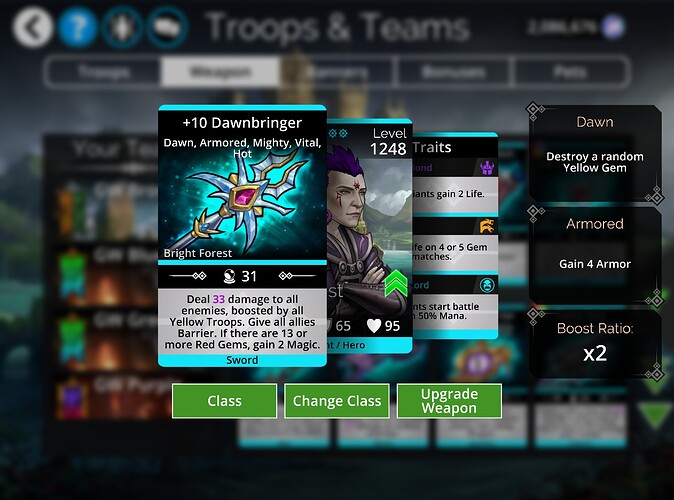 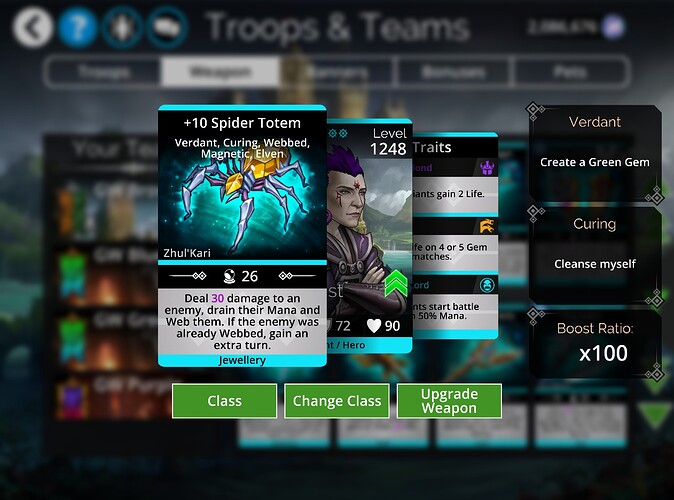 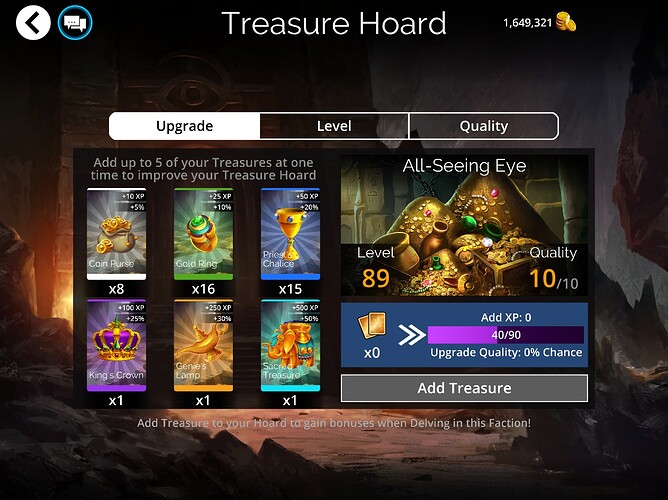 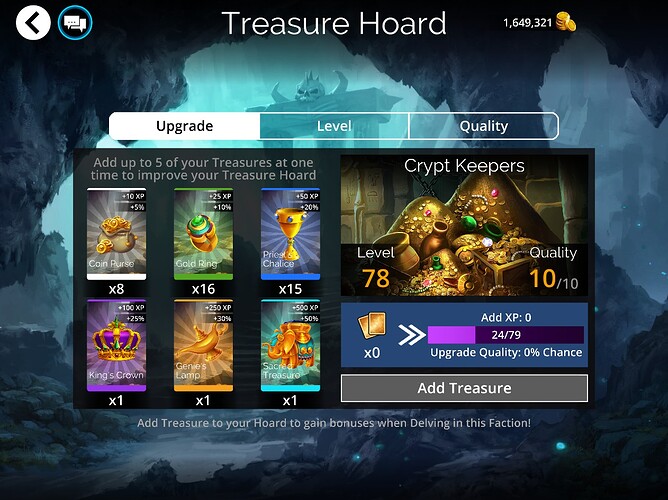 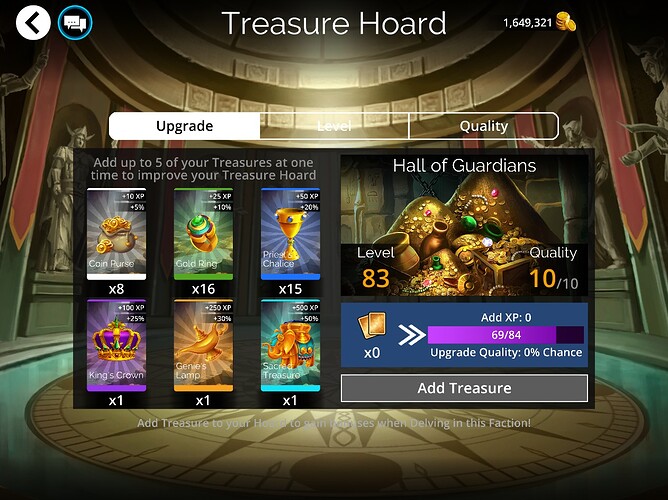 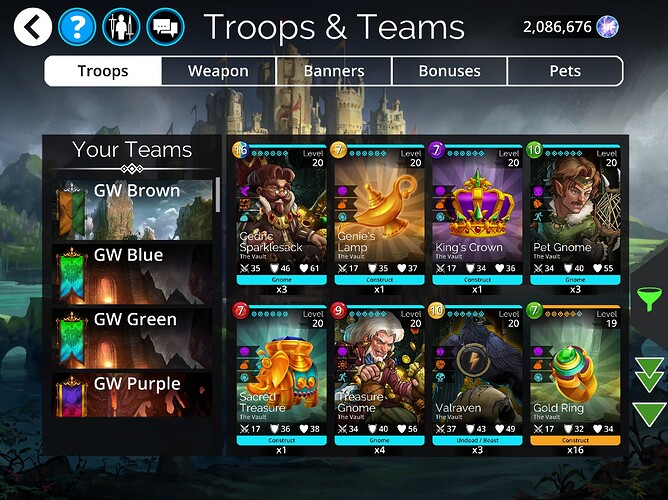 Rainbow tasks that give gems, which can be done in one quick team? Awesome! 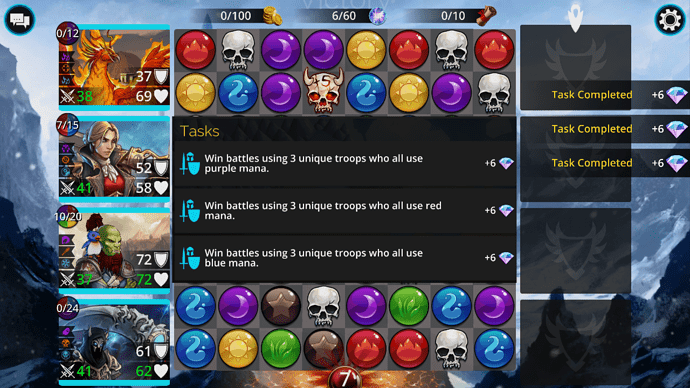 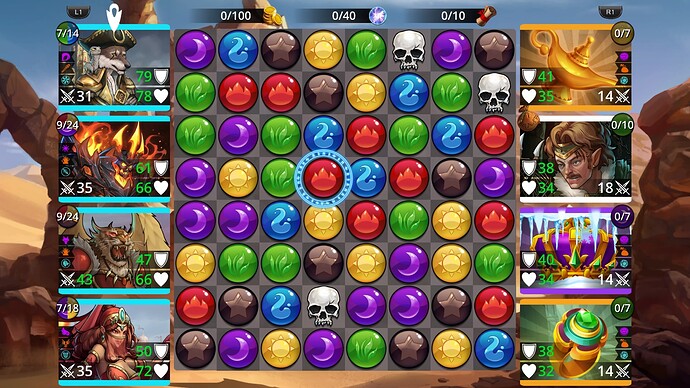 The treasures brought a pet gnome with them, how thoughtful

It all makes sense. 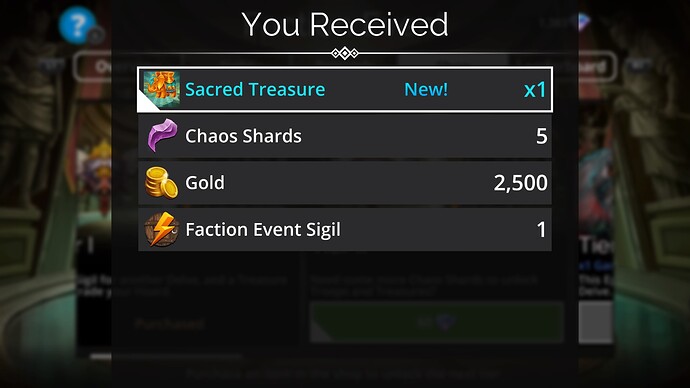 I tried to quit the game. Instead I finished my first faction. 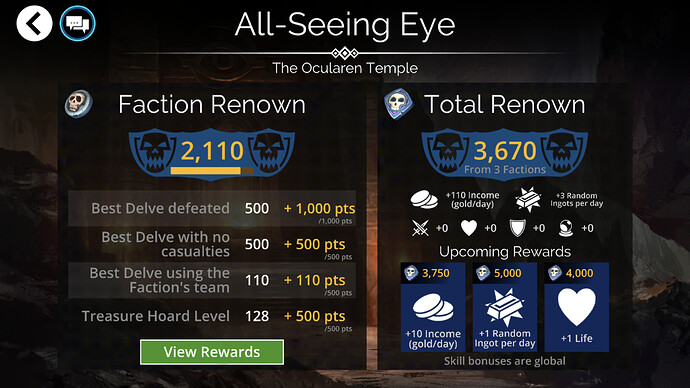 Congratulations!
As a reward you get at least a month break from having to level your hero classes.

(Tech has them all to

Lowest faction team to get to 2k.
And lowest treasure hoard level to beat a 500 faction (zero casualties) 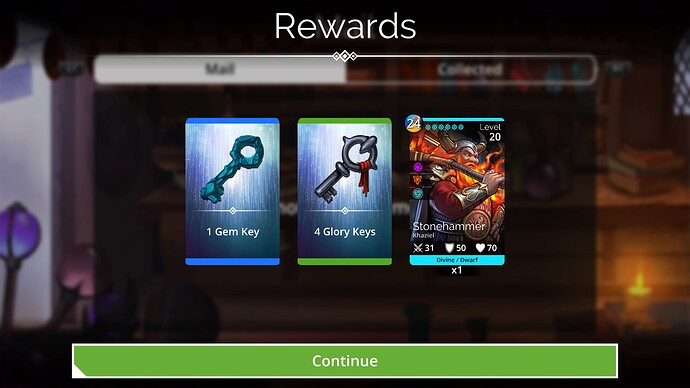 What a week!! Jotnar monday and now Stomehammer!! 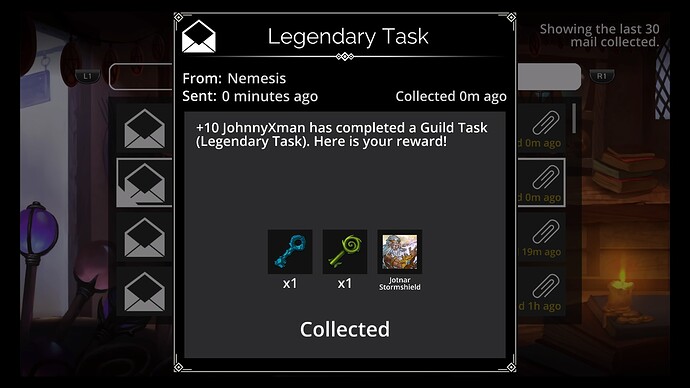 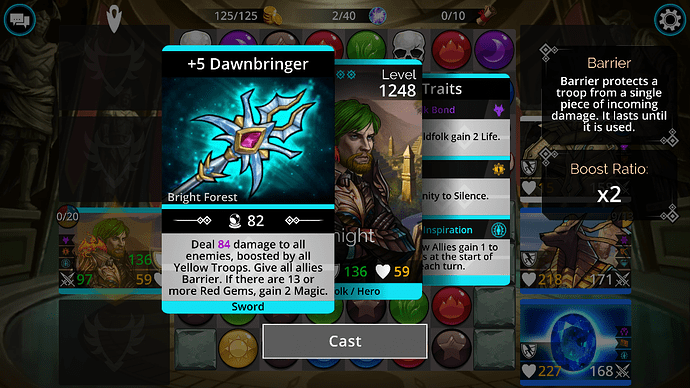 And yep, Ancient Golem casted his spell next, dispeled through my barrier, and gave me a lose.

image735×296 191 KB
This time i had less duplicates of the Legendary troop, next one will be the upcoming “Sardines” and someday i’ll finish the “Silly Eyes”.
8 Likes
← previous page next page →