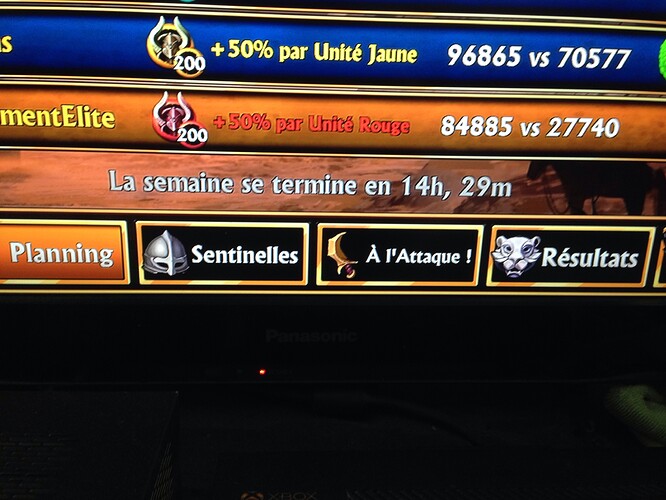 Looks like they got French translation from Google, lol.

The devs should hire you part time to proof read every French translation before it goes out.

It is cringe worthy they get so many of these translations wrong.

I would be happy to work for sirrian

The “Win 8 battles in explore mode” task is counting PvP matches towards completion of the task. Pretty sure this is a longstanding bug that’s been reported before, but seems to keep getting overlooked (not that it’s high priority, but it does seem like a pretty easy fix)

I did the thing. Everyone, please let me know if I have missed any major issues. (Not to be mistaken for quality of life improvements, just bugs.)

Sorry… I don’t want to cut and paste the list from PC (Unity). Some of the “newly” reported bugs on that list have been reported on console repeatedly for over a year or more…

VERY, VERY, VERY old issue with Unity. You need to change any filter and change it back to get the upgrade indicators to display. It would be nice if this were fixed at some point. (and that fix was also applied to the console)

I think this one particular issue started around the first or second update on console back in December 2015.

I’m not counting those ones. This bug list is for bugs purely appearing on console. The console boys are already looking at the PC thread now too.

The console boys are already looking at the PC thread now too.

Thanks, That is exactly what I was asking for!

My first match this morning in guild wars.
My very first move I matched 4 greens and got frozen myself on humility! I don’t even have any greens. Here’s a picture. That’s really pissed me off. 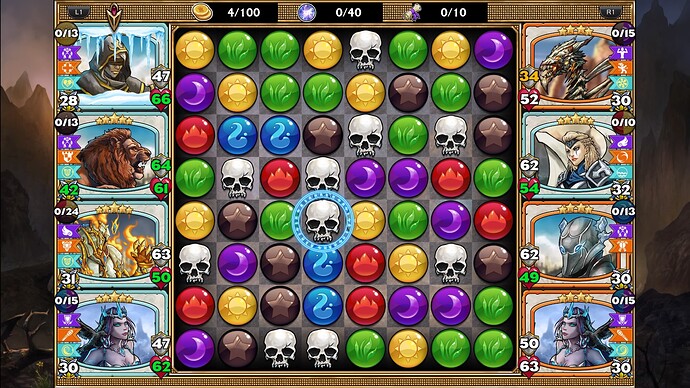 I don’t understand what the issue is.

That Bone Dragon definitely has taken damage (I’m sure Skulls dropped after your match 4), it has all 3 traits (Frozen Soul), and Humility doesn’t have immunity to frozen.

No skulls fell though. I matched 4 greens and immediately heard the frozen noise but it was me that was frozen.

How did Bone Dragon take damage? From what I can tell you only have Gem Spawners and AoE damage dealers, yet none of the other enemy troops are damaged. Could it have been you were frozen before you matched the greens from a previous skull match? I believe there is a bug on Unity (which I’m going to assume is likely on console as well) were the Frozen sound effect plays when you match 4 even if you don’t actually have a frozen troop of that colour.

Well I just literally came out of gw to post again because I just matched 3 yellows with famine and got frozen.