The extra glory Bonus (Brown Guardian) is still not showing. The other ones seem to be working for me.

@Alpheon @Nimhain Sooth sayers froze my game on xbox. The opponent cast spirit’s call with no purple gems to target. No Target in giant letters flashed, but opponent was still stuck on his turn.

It’s worse; ALL non-chest shops can lock up the menus.

The extra glory Bonus (Brown Guardian) is still not showing. The other ones seem to be working for me.

The 45% soul bonus goes over the base total of souls you collected, probably 40 in your example (which is the max). So you ought to get 9/20th more is 18 more souls.
Which is what you indeed are getting.

The soul bonus is working for sure. That’s why I said “not showing” regarding the glory bonus. Maybe it’s just a visual bug, I don’t know.

Coming soon in red suppose to be in French (prochainement) 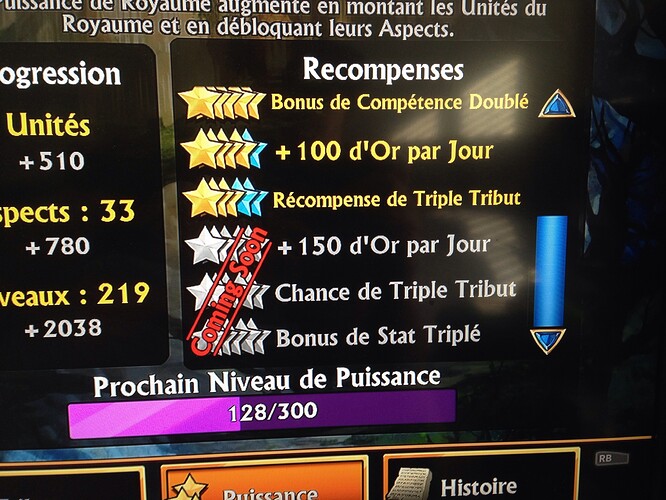 Glory.
I’ve been through every console update and am used to verifying because things don’t always work (and I’m ok with that as the Developers always fix it IF they know about it). None of my testing, as much as possible involves the splash screen. I am working of RAW totals. So if its a “visual bug” as you say when then instead of 16,278 Glory in my collection tab I actually have say around 16,324 right now?

(I still think its not working as intended)

Same for the news should be in french 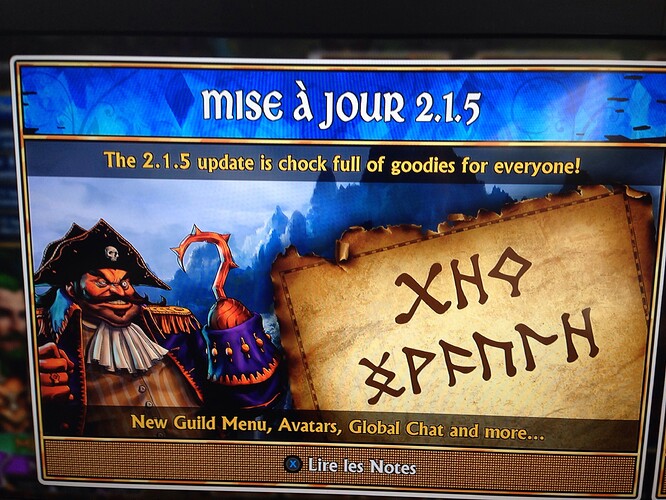 Seems like the French version of the game has number of spelling errors so far, must be bad translation or something.

Thanks for your reply the but +%45 Guild Bonus is still short and did not add up keeping everything the identical from before the last update. HOWEVER! The change I forgot was Valkyrie, she lost her Necromancy trait! Once I found this, it looks right on with the numbers, by adding a single troop to the team with Necromancy it adds up!

I agree that the glory bonus seems to not be working properly. That was my original question, I even made a post about it. 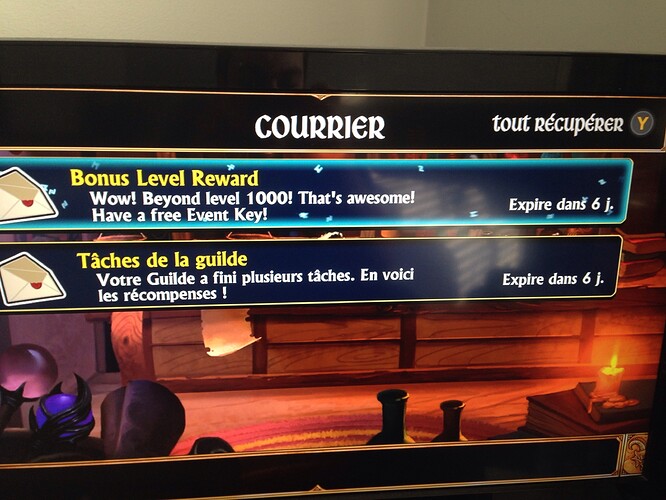 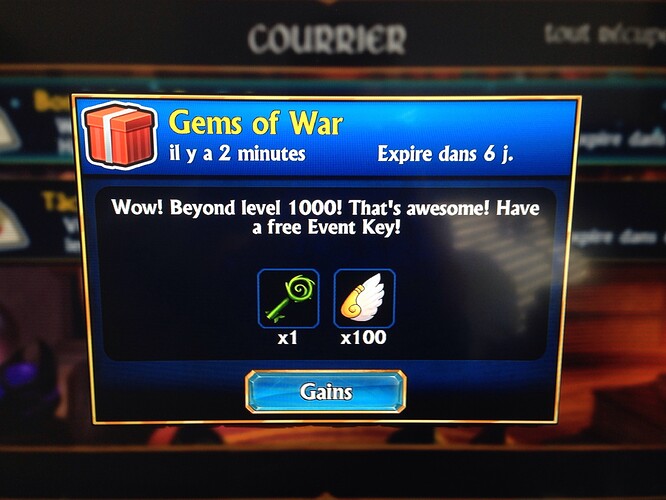 I had a bug happening to me concerning guild tasks rewards.

I am the GM of a small guild, and today we finished all 6 colors tasks to level 5. When i took the mail in my mail box, the rewards were inflated to a point that is impossible to reach with all tasks completed.

As an exemple, i got 1600 glory, i believe the normal max glory is 360.
I wont say the rest, to not desperate some or give ideas to others but this is a bug that NEEDS to be fixed asap.

For more info, when i did my last guild task, i got a error message then the “this task has been completed by an other player” error message. As my gold was lowered of 65k gold and no guildmates did it, i am sure I completed it.

If you, devs, need more info, i’ll be happy to provide.
Until then

Anyone else having issues not being able to send their message in guild chat? I can type one, but nothing actually sends the message.

I’m having the same problem. Can type up a message in guild chat, but when I hit RT to post it, it just disappears and doesn’t post it.

Anyone else struggling to connect? Also cannot access the guild tab at all