Can we talk about the art for Mervorax?

As happy as I am to see another sea serpent show up, it’s incredibly disappointing to see that its artwork was traced from another game.

Specifically Mervorax is a trace and edit of Lagiacrus from the Monster Hunter series.

Game Devs, what’s your stance on artwork? I’m really disappointed that a troop was traced instead of being made from scratch. There’s too many overlaps and coincidences for this to be referenced. 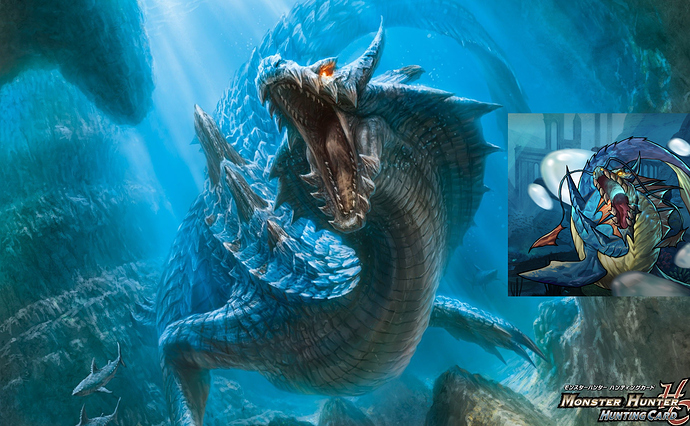 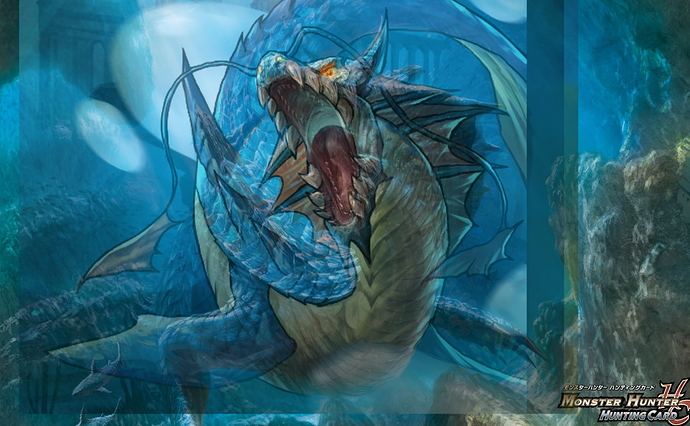 “The secret to creativity is knowing how to hide your sources.”

It would not surprise me if a lot of game art was inspired by existing artwork. But this particular example does seem pretty egregious.

This isn’t the first time this has happened with this game.

That is EXTREMELY disappointing.
We have been using one of the most reputable art houses in the industry, that works with Blizzard, Riot, Epic, Supercell, etc…

Their work goes through a number of levels of QA to try and catch this stuff. The 2 other times this has happened, the artist has been removed from the company immediately.

I will be taking this up with them today. We are all incredibly upset about this!

Thank you so much for the response, Sirrian! I’m really happy to hear that you guys responded – I honestly expected this post to just get a couple views. Hopefully something like this won’ t happen again in the future.

The team here at Gems of War is extremely passionate about our art, and the quality of all the assets in game. We are always very disappointed when things like this happen.

Thank YOU for bringing it to our attention, Mero.

It is SO hard to police this stuff today - that’s why we try and work with well-known studios - but unfortunately I suspect it happens more than anyone realizes.
The CEO of this studio was absolutely livid last time we brought one of these to his attention, as it muddies both of our reputations.

We will replace that piece of art in the next available update. 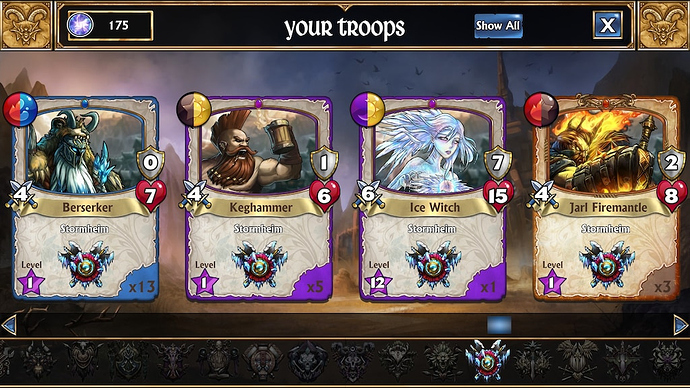 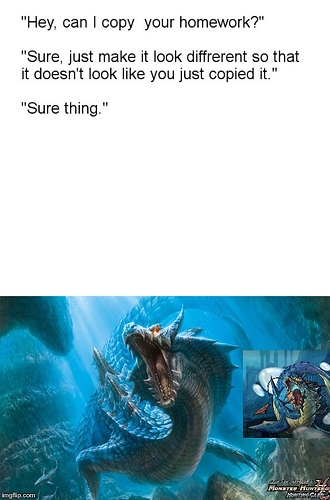 Can’t even tell the difference 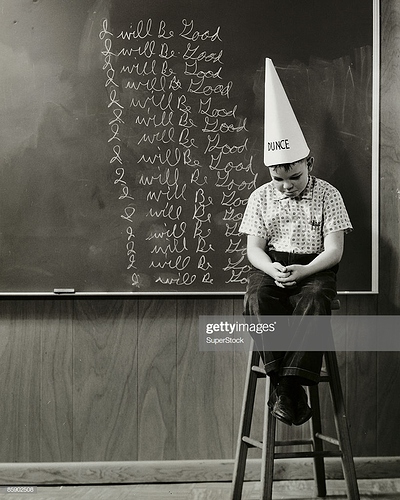 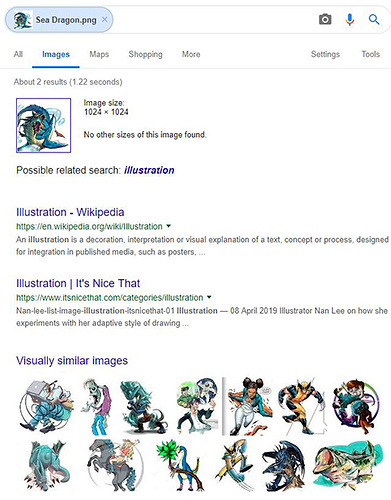 Of course in your version, you’ve searched using the original image, so naturally it’s shown up

I thought one was for GoW and the other was Monster Hunter.

Wolverine is definitely similar to a sea dragon SNIKT!

Sea Dragon | The Lord of the Green Dragons | Obsidian Portal

This aquamarine dragon has a shark’s head that tapers off into a sleek eel-like body. Its large fins double as wings. Sea Dragons are related to Dragon Turtles a

Maybe we skirt copy right laws by not calling it a dragon type in the game?

Is monster hunter using that image too? I’m tryin to find where that image originated … I’m seeing D&D stuff … but not sure yet .

I hope you guys do get this resolved. And by “resolved” I mean I hope you either get a firm resolution from the art studio or get the chance to let them watch you walk out the door.

It makes me happy to see a strong, passionate response that includes an acknowledgement!

Is monster hunter using that image too? I’m tryin to find where that image originated … I’m seeing D&D stuff … but not sure yet .

Here’s a link to the Monster Hunter wikia’s Lagiacrus photo gallery that contains the image in question at a higher resolution: 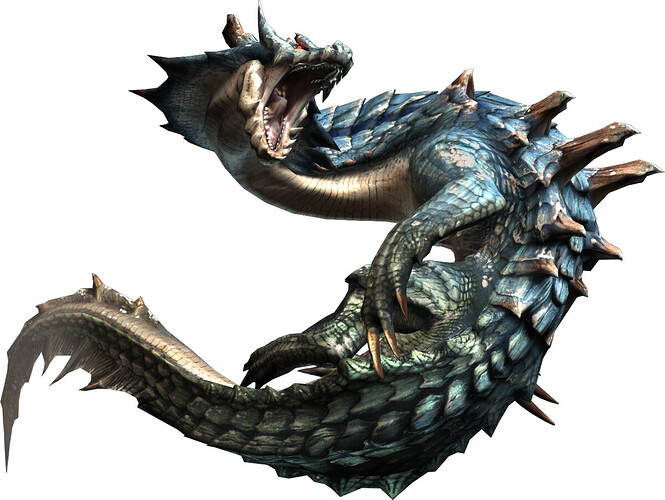 Sadly, this sort of thing happens frequently, and is outside of the GoW team’s direct control.

Seems to me they are responding very well.

When you pay an outside contractor for original content, you explicitly demand original artwork. But individual artists can try to cut corners. Hopefully finding these sort of things quickly helps to keep most of the artists honest.

For me personally, its not a big deal to see heroes in here looking like heroes in other games.