I rather think that we haven’t got the kingdoms right, and there are in fact 2 magic kingdoms in the current campaign (maybe not - it must end at Leonis Empire right?). Spoilers aren’t always 100% correct. And for posterity, in case we need to refer to campaign 4’s bonuses:

They’re locked in when the Campaign starts. Its typically locked in even before that, since they have to write Artifact Lore for the Kingdom for the Campaign.

The Tarot Cards will be available a few weeks after the Campaign ends as Vault/Cedric drops.

That…makes them a lot rarer than people probably thought originally.

Was this ever advertised as being the case for The Sun?

The Tarot Cards will be available a few weeks after the Campaign ends as Vault/Cedric drops.

The Sun was being pulled from chests Legendary Tasks as soon as it was available to Elite+ Pass holders. I’m confused by this - are Tarot cards (The sun, the emperor) not just regular Legendary cards? Is that a copy-paste from HoR being available as a Vault troop, and you actually mean to say “as chest drops”?

For noobs like me without any Campaign experience? Gameplay Chat (PC/Mobile)

I’d say no one knows unless we see a screenshot: Can you finally please answer this question?

On par with Campaign 1 and HoR

HoR is a Vault Kingdom troop.
The sun and the Campaign 4 troop aren’t. 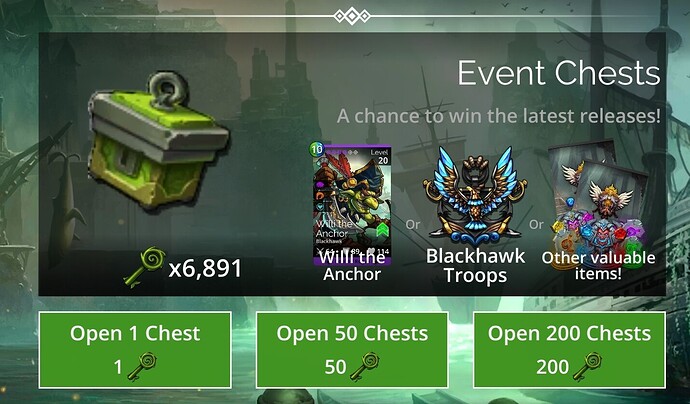 Just an example of the clarifier that SHOULD be featured on the screen somewhere. Unless misleading players is 100% on purpose.

(I’m aware there’s no Blackhawk troops that are exclusive as of right now.)

Do you know how many tarot cards there will be? Getting enough of them from the Vault will be painful

Acording to wikipedia, there are 22 Major Arcana Tarot cards…: 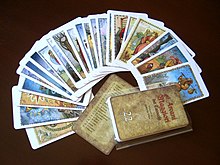 The Major Arcana are the named or numbered cards in a cartomantic tarot pack, the name being originally given by occultists to the trump cards of a normal tarot pack used for playing card games. There are usually 22 such cards in a standard 78-card pack, typically numbered from 0 to 21 (in card playing packs, there is no 0, the unnumbered card is the Fool). The name is not used by tarot card game players. Prior to the 17th century, tarot cards were solely used for playing games and the Fool and ...

@Sytro instead of plagiarising your table, could you add a “skill” column and highlight the [free stream] stat that increased that week?

this is a really, really, really terrible idea. I STILL feel
Rage about the whole heart of rage issue. In addition, you are skirting dangerously closely to violating loot box “laws” by not disclosing drop rates of troops you can buy for… cash, essentially.

Do you know how many tarot cards there will be? Getting enough of them from the Vault will be painful

Just another advance “lesson” that all the good little players should be buying elite (lol) pa$$es.

“Check out this HUGE pain point that’s going to get worse over time. Prepare to suffer, or open your wallet. Your choice.”

This is worse, you can’t even buy this. You get ONE tarot card from the elite pass. You will want to get it to mythic for kingdom power. That’s 5 copies still needed or an ascension orb. And I’m sure the next “8 orbs of power” mythic is coming up soon too.

more next level of aggravating inconsistency… “The Sun” is not a Vault troop.
it would be nice if it was changed to Vault kingdom or had some sort of in game indication of what the total list of Troops are now that drop from Vault since its no longer only that kingdom…

Would be a bit more consistent if the Tarot troops are labelled as belonging to “The Vault/kingdom.”

Much like Faction troops are displayed as “Faction/associated kingdom.”

Would be a bit more consistent if the Tarot troops are labelled as belonging to “The Vault/kingdom.”

Not sure if designating it as Vault kingdom improves consistency, since not all Vault troops are available from the Gnome Vault.

Without changing the kingdom, currently

FWIW I would love to see a full drop % table for Gnome Vault, but since Vault keys cannot actually be bought for real money directly or even indirectly, IANAL but I don’t believe it falls under jurisdiction of loot box laws.

but since Vault keys cannot actually be bought for real money directly or even indirectly, IANAL but I don’t believe it falls under jurisdiction of loot box laws

They have flash offers all the time for them.

You’ll see one for yourself in about 10 days from now.

In the devs opinion because chests can be opened with resources and not directly with real $$$ means they’re not loot boxes even though those resources can be bought with real $$$. Apparently having a ‘middle man’ between real $$$ and the loot boxes makes it ok.

In regards to the upcoming vault weekend, will the Sun troop be in the drop pool?

If these tarot cards follow normal troop restrictions, is it 3 to 4 weeks after the campaign ends, or after the week when they would be obtained for the elite pass? This is the difference between saving vault keys this weekend or using them in hopes of getting lucky.

I’m not trying to be a jerk here, but is it really so hard to say “x days/weeks from this calendar date”?

It’s always been a pet peeve of mine saying 3-4 because it’s ALWAYS 4. I have no idea why they have forever said 3-4. With these campaign troops it’s even more vague.

I think with regards to “3-4 weeks”, they probably phrased it like that to cover counting either 4 weeks from the start of that event/time the post was made, or 3 more weeks after the end of that event. I’m not necessarily saying the second interpretation is a good one, and in the case of Bounty would be wrong (3 weeks, 4 days, instead), just maybe that’s how some people viewed it.

So I totally agree that “… 4 weeks from now” (i.e. the Troop’s release) would be clearer/less ambiguous than, e.g.

The Ogress will be available in the Bounty Shop, and will appear in Gold, Glory and Guild chests in 3-4 weeks’ time.

And agreed that it’s been different and still unclear with regards to Campaign troops, seeming to probably be 4 weeks from the end of the Campaign regardless of when it was released or became available for Elite(/+) Pass owners? But yeah, idk.