Are these troops in Nexus event keys? 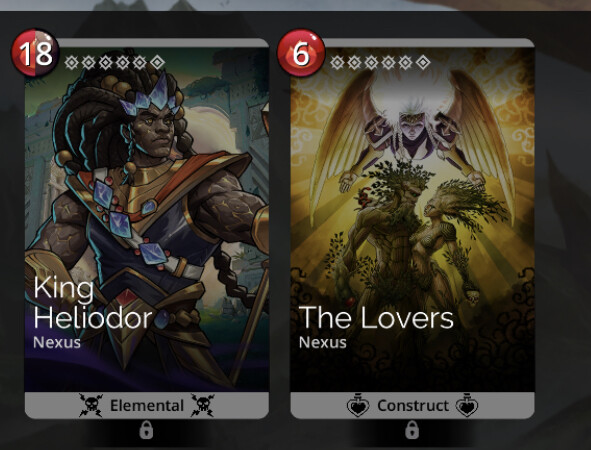 Anyone seen these troops from the event keys? Otherwise, what’s the point of Nexus coming back this week?

I would have my doubts. The lovers is a vault troop anyway

I was pretty uncertain too after looking at the Event Key page and just seeing “Nexus Troops”. Really no easy way of telling.

Also, does anyone know why it says Chest Rewards change in 4d?

Anyone seen these troops from the event keys?

Also, does anyone know why it says Chest Rewards change in 4d?

Because the new mythic should show up. Unless #weavergate and #workingasintended.

I mean, we didn’t explicitly say it wouldn’t not be in Event Chests.

I mean, we didn’t explicitly say it wouldn’t not be in Event Chests.

And it’s really in there, trust us. The chance is just set to 0%, so we aren’t lying.

I doubt the troops in the kingdom pass are available and new mythic is still 3 days away and who even knows how they will be handling it in event chests this time.

Thank guys. So save for now until someone got the new ones.

I think it’s safe to say there’s nothing “interesting” in the pool yet. 200 Event keys: 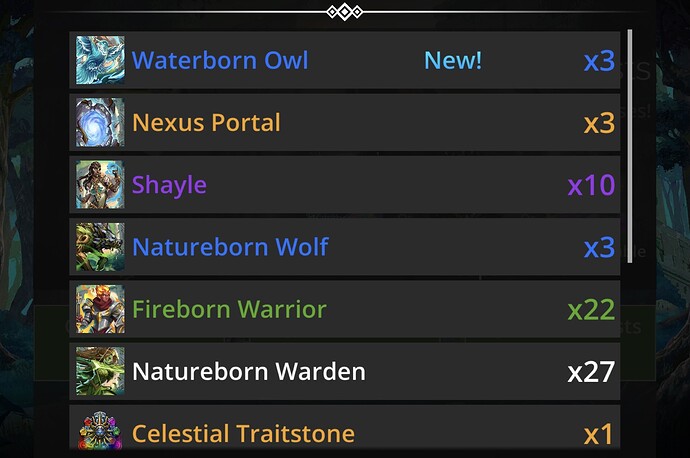 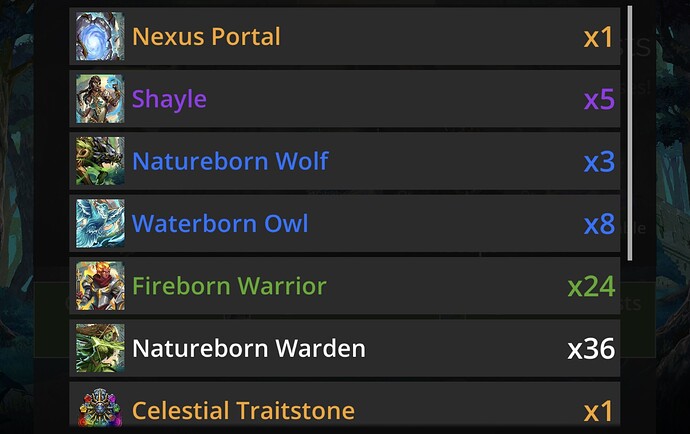 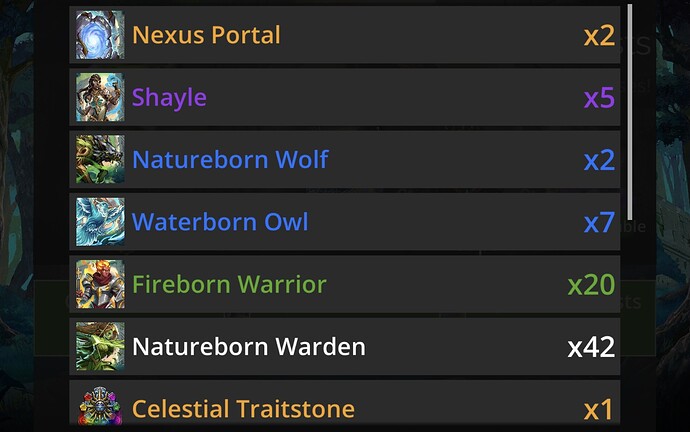 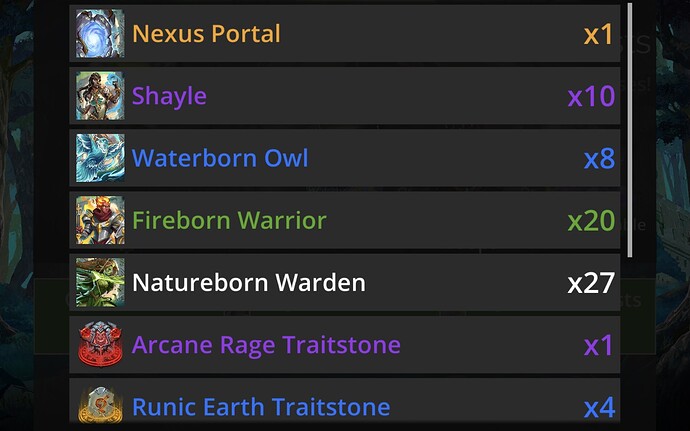 thanks for taking one for the team lol if only we had staff that work for the game that could respond with clairification or a way in game to actually see the drop table for chests to avoid making mistakes like weavergate or something. … if only.

from there 6.0 Update - Into The Rift

Doesn’t mention the Stoneborn Lion or Waterborn Priestess which also do not seem to be present in event keys from the screenshots posted.

Thank you @MarioDaems. I was expecting more from the game.

And it’s really in there, trust us. The chance is just set to 0%, so we aren’t lying.

I think you mean “it was in there, but the chance was much lower than intended” and “the thing with exactly the same indicators totally didn’t happen a couple weeks back because we don’t have logs back those far so theres no way to directly reimburse so it was probably fine since nobody can prove it wasn’t”. Looking back, I wish that (ie., the lesser known part of the Pharos Ra missing scandal, Yasmine’s Chosen the few weeks back) fiasco would have gotten more of the “weavergate” treatment back then, and maybe theres a chance things would have been better by now. Probably not though, who knows. The most likely outcome would have been that the API having access to “old and inaccurate” (their words) drop data sent to the client that predicted and lined up with every drop and troop missing issue for the duration it was available would have been cut off even sooner.

I was pretty uncertain too after looking at the Event Key page and just seeing “Nexus Troops”. Really no easy way of telling.

I continue to lament that being able to view drop pools is still not a thing and resources still get dumped (and presumably money still gets spent) while the current info available not only does nothing to dispel what would be the most likely assumption by any random player having not read the kingdom pass forums post (read: 99.99% of players) but also actively promoting misinformation by displaying it in this manner. And this is apparently such a widely accepted practice among gachas at this point that most people would shrug at or say “yeah, well, x is much worse”.

Probably because they are still accessible via kingdom pass, and will follow suit with King Heliodor and The Lovers

that is what i said