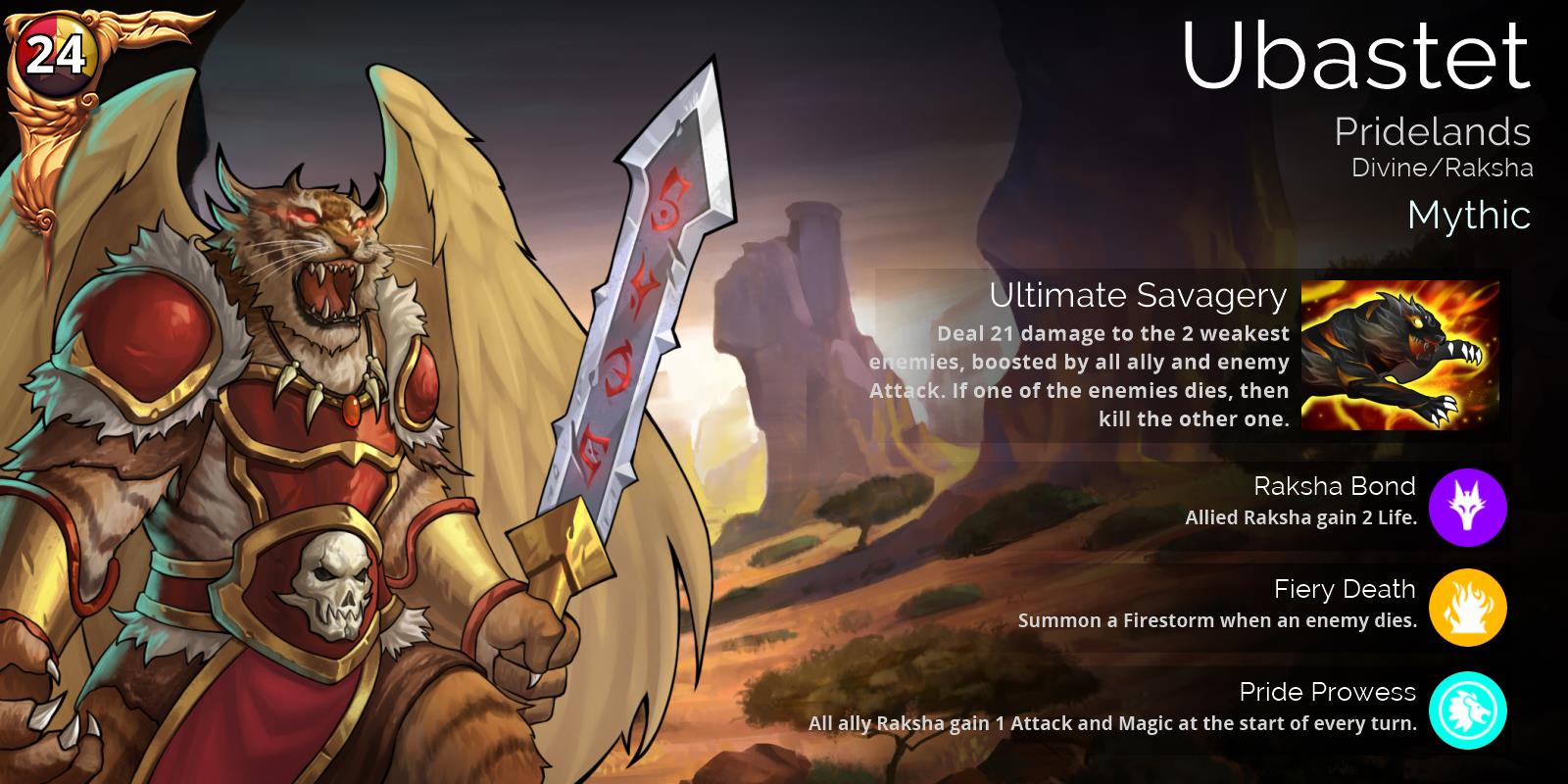 Ubastet will be the only Mythic Troop available in Glory, Gem, Guild & VIP Chests for the next 7 days.

Has the Ubastet bug been resolved?

Not a bug... complicated AF... But probably intended Support

Platform, device version and operating system _e.g. Android, Samsung Galaxy S9+ Screenshot or image Cast Ubastet, killed the first troop but it didn’t kill the opponents Ubastet. Just did a lot of damage to it. [Screenshot_20180820-103321] Of course Ubastet then filled and cast killing 2 of my troops without an issue. [Screenshot_20180820-103348] Thanks to one turn where the AI’s Ubastet got 18 Mana from drop Cascades all on the top line. It was able to fill and cast again ending my 80-90…

This is so Bizarre. It’s like going back in time. Lol

Did we end up having multiple sets of announcements for PCs and consoles too… trying to remember. I wish I could filter these ones away.

Did we end up having multiple sets of announcements for PCs and consoles too… trying to remember. I wish I could filter these ones away.

Yes sir. We did.
Dhrak - Zum? Was the final kingdom to unify the platforms. So maybe that’ll be the case here? Otherwise, console was always a month behind, and then started having double kingdom event weeks until they caught up. Switch should be on the Raids, Invasions, GW Schedule.