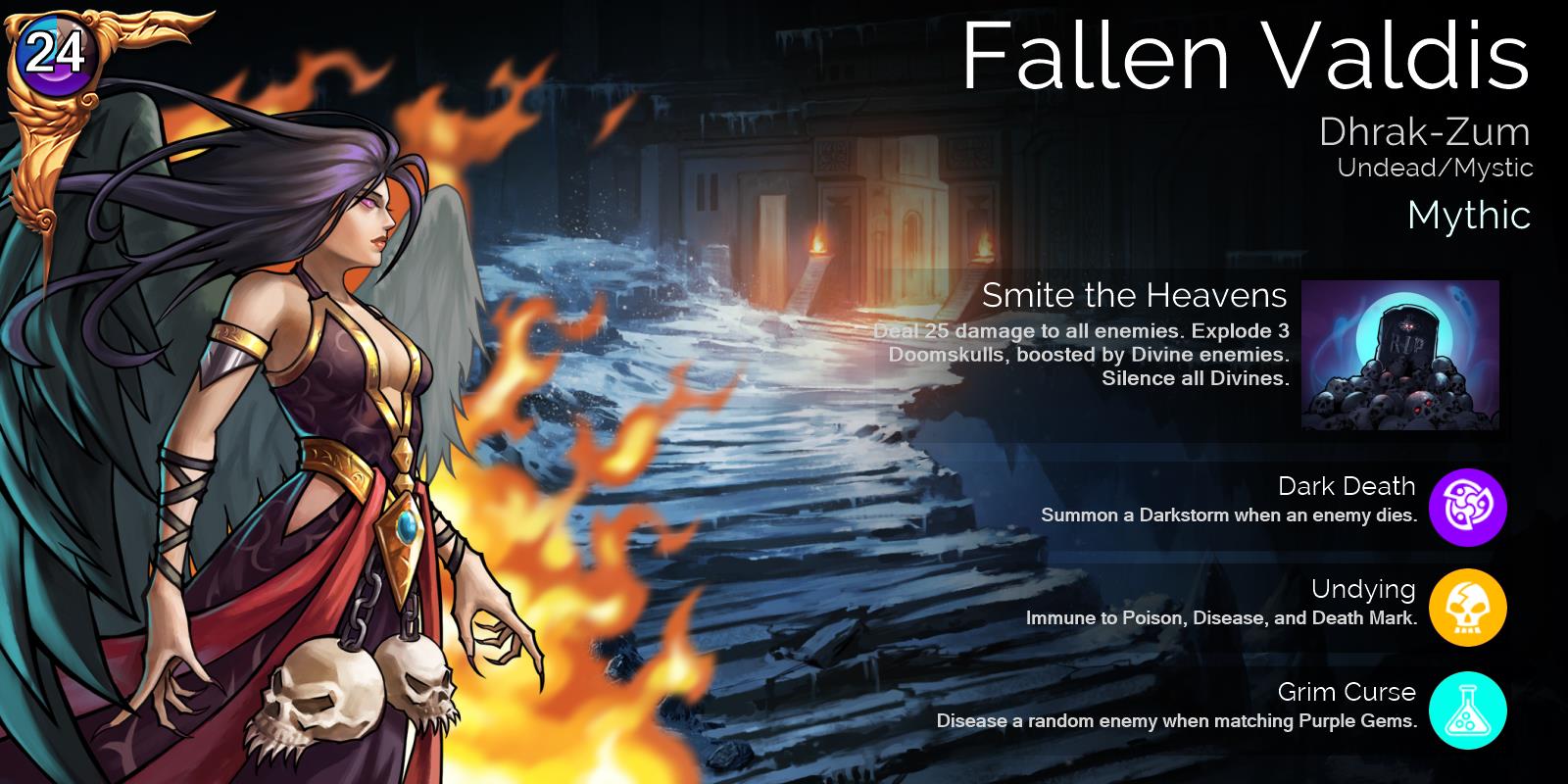 Fallen Valdis will be the only Mythic Troop available in Glory, Gem, Guild & VIP Chests for the next 7 days. 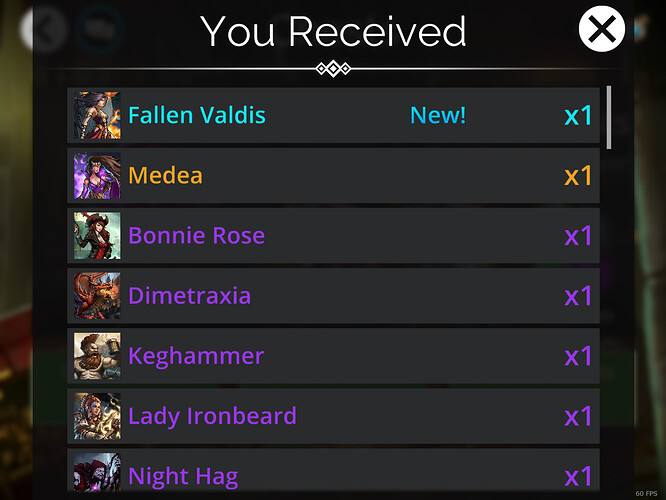 I was really surprised today… In an incredible, incredible stroke of luck i pulled it with only 1000 seals…

I think i must be dreaming or something

There is no nerf to Vaults, and there is no Vault Event this weekend. The Vault event will be next week.

I wish she exploded skulls instead of Doomskulls.

There is no nerf to Vaults, and there is no Vault Event this weekend. The Vault event will be next week.

Thanks for the fast reply. Folks are going to be disappointed but at least we know that it’s next weekend instead.
Safe to assume the next new class won’t be until November then?

She should create the doom skulls herself, them explode them. Im not feeling this troop and there are better AOE troops.

That would be awesome!

This was me, to within 37 glory keys. Spooky. 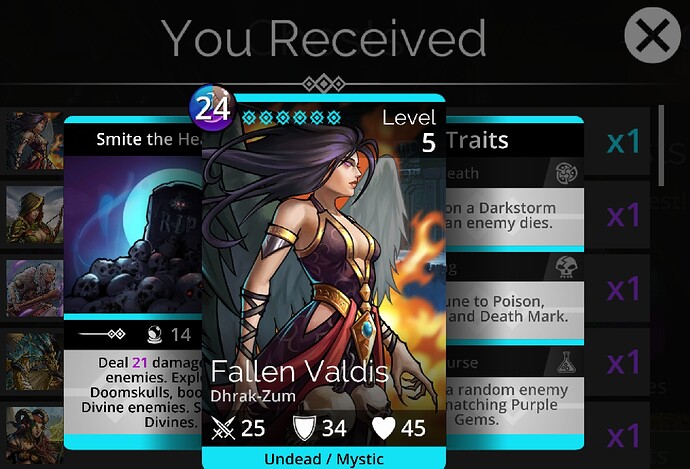 I got her around 1,000 Glory keys and 200 Gem keys. She is quite a niche troop with a spell that doesn’t work very well without her allies in Dhrak-Zum. But with the right team, she might even be able to fill herself and loop, more so if she’s fighting with Divine.

So here is my new PvP Defense to celebrate her. Hero is there because I’m stubborn, King Highforge would be better. Although, Hope’s Crescent’s last Affix can help exploding more Doomskulls! 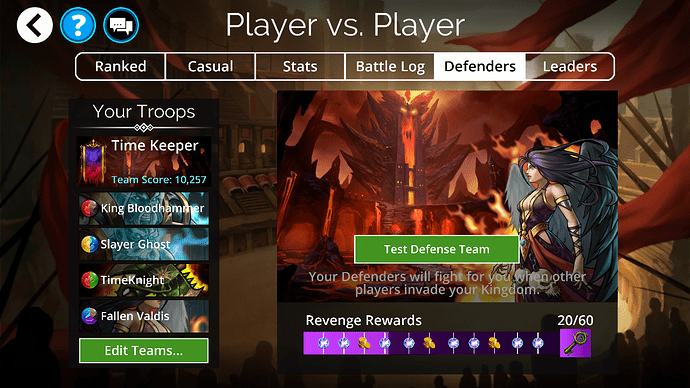 Got her with 12k seals and 600+ gem keys. A bit expensive but at least I didn’t have to spend gems.

Can anyone let me in guild with 40k chests for a few minutes? Want to spend seals. HELEN_103
EDIT: Just got a copy with the aid of Solophobia, who kindly sent me an invite! Cheers!

Don’t see the new mythic there. Which makes me suspicious… is it possible I dropped my keys too early? I’ll check back later to see if she shows up there and if so… guess I will have to kick myself. 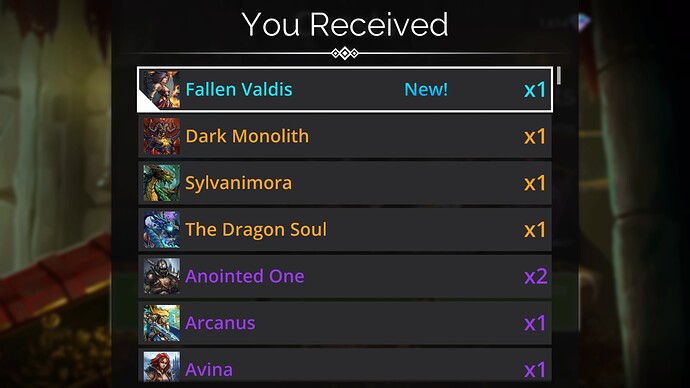