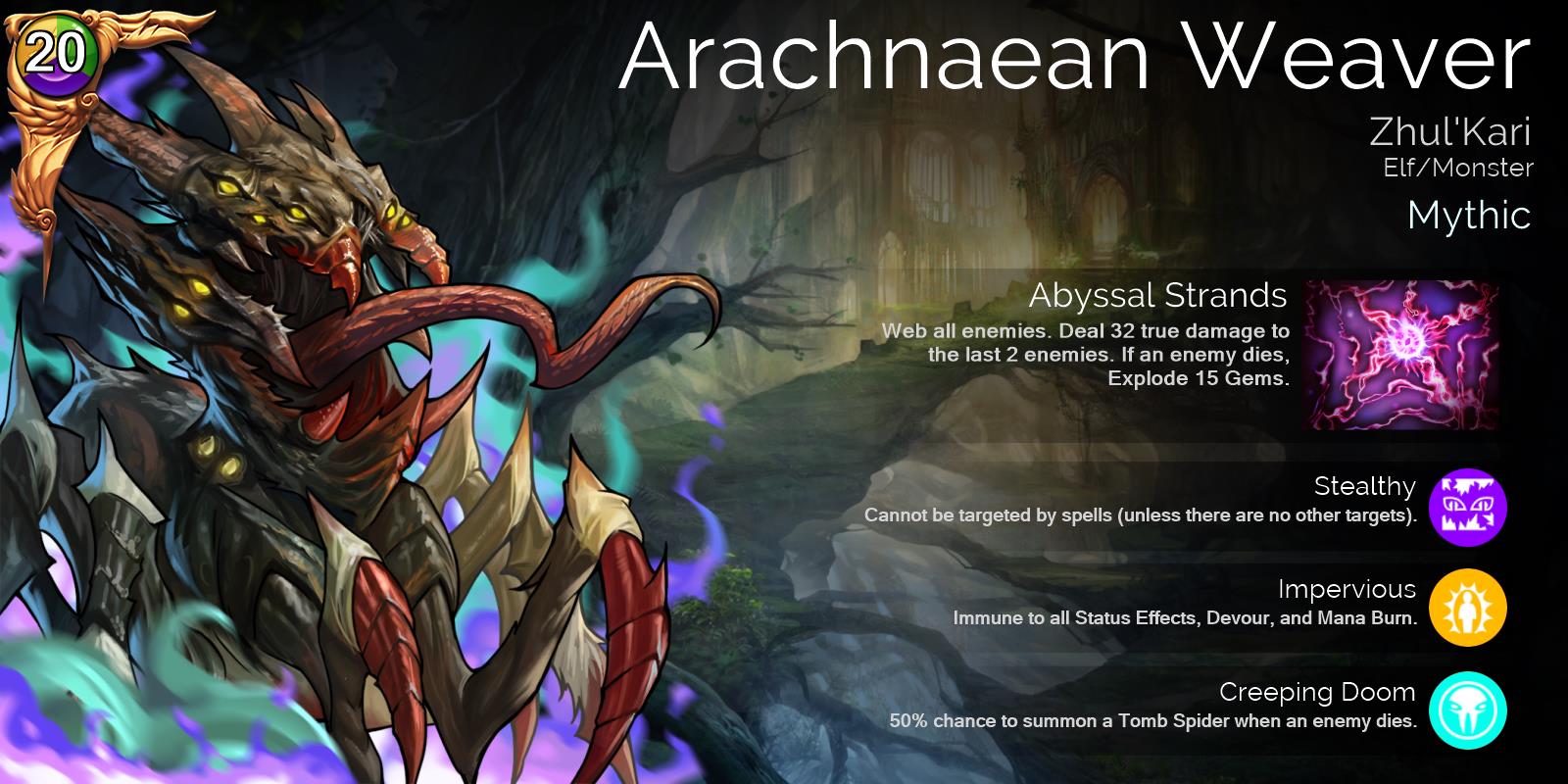 This emissary of the Spider Goddess is sent to defend Zhul’Kari in times of trouble.
Once it breaches the mortal plane, it will take over command of the minds of the Sec’Tari Dark Elves, all except the Widow Queen, and will proceed to control them in battle with its hive mind, summoning spiders, and entangling foes in its sticky webs as it goes.

Arachnaean Weaver will be the only Mythic Troop available in Glory, Gem, Guild & VIP Chests for the next 7 days.

Web all enemies is going to be pretty fun though. XD

That’s what happens when a troop gets changed last minute with complete disregard for established Traits set for that type.

It has impervious instead. Why you gotta hate? 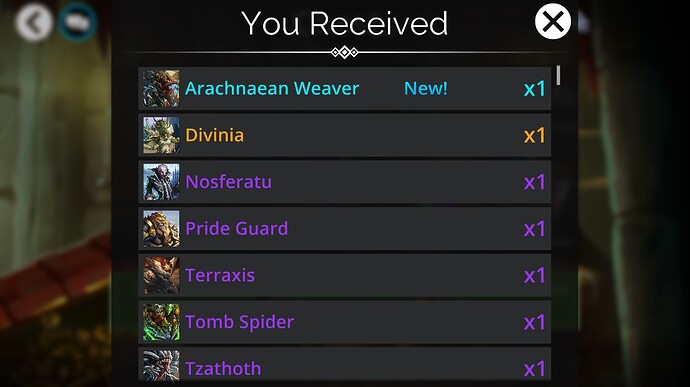 thousands of keys and nothing f**** this game

7k seals I’m happy with that 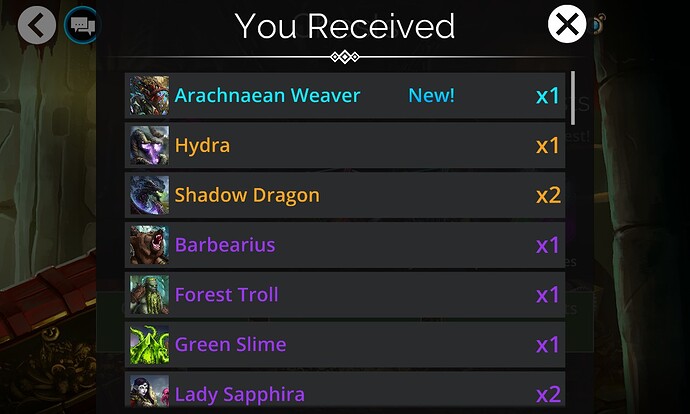 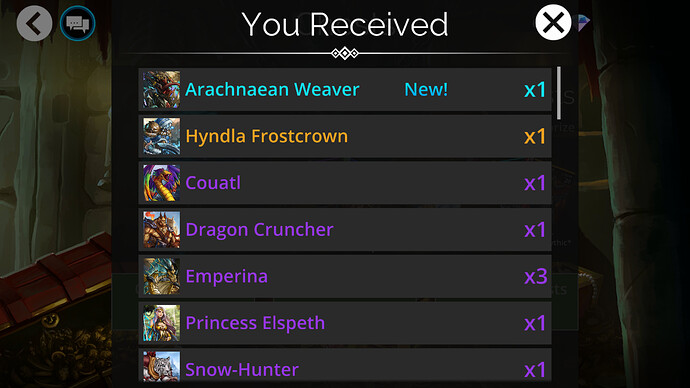 It has impervious instead. Why you gotta hate?

The troop isn’t too bad though if you can get a kill with it.

Only 4k seals, cheap as chips 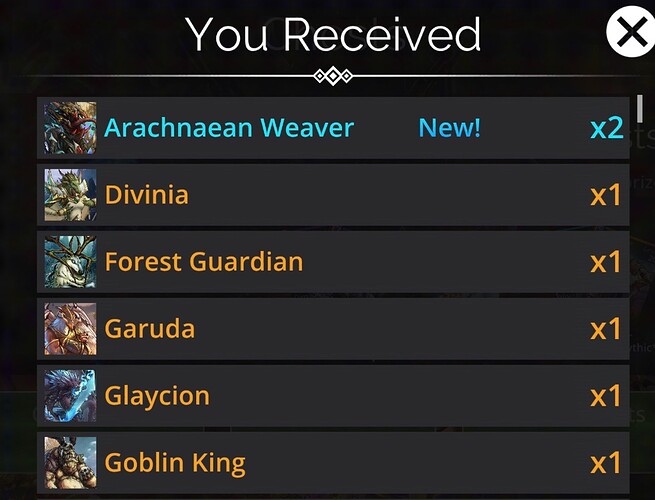 How is there an Elf in there?

For those unclear on the elf connection: Spiderbait (Weekly Event Post)

I am extremely glad the designers realized that mythic=divine is bad game design and also less interesting. I hope they go back and fix some of the others.

Nice Elf connection. But then why is that one a Beast not an Elf or Monster. Surely the TombSpider and the new mythic are related…

Not really. I don’t see many meta overpowered sillydefences built around FG and Beasts. The balance change wasn’t to stop it getting half mana full stop, but to stop it brainlessly plugging in with Ishbaala and Infernus (and Ubasjoke).

i may have used all my GoW luck ever on that one, especially as it gave me a Divine Ishbaala that i’d been saving Event Keys for Leonis Week.

Hope you guys are as lucky as i was.