A little rant before I leave the game for a while/There be memes!

I am soooo toxic, and with my poison I gonna make you my next meal…mohahahaha! 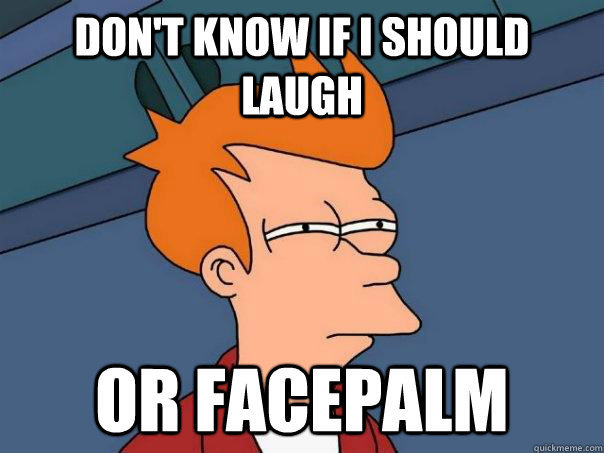 Did both actually lol

You can do both at the same time!

I am soooo toxic, and with my poison I gonna make you my next meal…mohahahaha!

I am sorry, but that would be a venom as someone pointed out

You are such a good boy, Luther. Don’t listen to those who judge you!

@Saltypatra I suggest this end here.

@Saltypatra I suggest this end here.

yeah, it will continue on the next thread destroyed by memes and trolls

You know, you could always steer clear of meme threads. It’s an option, just sayin’.

You know, you could always steer clear of meme threads. It’s an option, just sayin’.

considering they troll even Dev’s threads

I would encourage you to spend a bit more time here and get to know the personalities.

No. Nobody here has to deal with your group that always do 1) private jokes, 2) consider this forum as their own chat. Because you’re here longer than others so no rules for you?

Memes are totally misused but we can see real and funny ones on this thread Just another GoW rage comic thread
The issue is these memes by some players used like smileys and poluate every topics. Strangely, it’s always the ones that are negative about the game…

In the past the devs have been very vocal about people derailing, trolling threads with memes and have issued bans accordingly.

Yes that’s true but since Sirrian “retired” from the forum and we don’t what is the new limit.

The community is not only your small group of friends on this forum.

but it’s well on topic, the OP was already well aware that some people would have used this thread as their personal playground

Also seems that posting trolling memes is a tolerated thing, why not we all start doing it?

if we see someone that says something wrong from our perception, 50 memes to ridicule him! /sarcasm

So in essence it is ok when you see it fit, but not when others do? Got it. Now i know the rules.

Maybe @Vangor @Eika could really help us, and make a complete Guide on how to troll random users

It would be a nice addon for the forum, would make the community make a leap toward a total new level!

So in essence it is ok when you see it fit, but not when others do? Got it. Now i know the rules.

even when i do it

but in this forum is ok, you know the rules.

…but since Sirrian “retired” from the forum and we don’t what is the new limit.

A couple of memes are funny (for ME at least)…
Meme-bombing threads (even you disagree with them) not so much. We’ve got room for lots of varied opinions here in the forum, and it’s a lot classier if you can disagree respectfully (even if it DOES get a bit heated) than just lazily meme-bombing a thread.

We’ve got lots of new players joining the game every day at the moment. The forums are a great place for them to learn about the game & hang out… We’re quite happy for them to see all the opinions, both positive AND negative, but bad behavior in threads is the thing that will stop them contributing the most.

I’ve instructed @Saltypatra & co. to come down a little harder on meme-bombing in the future.