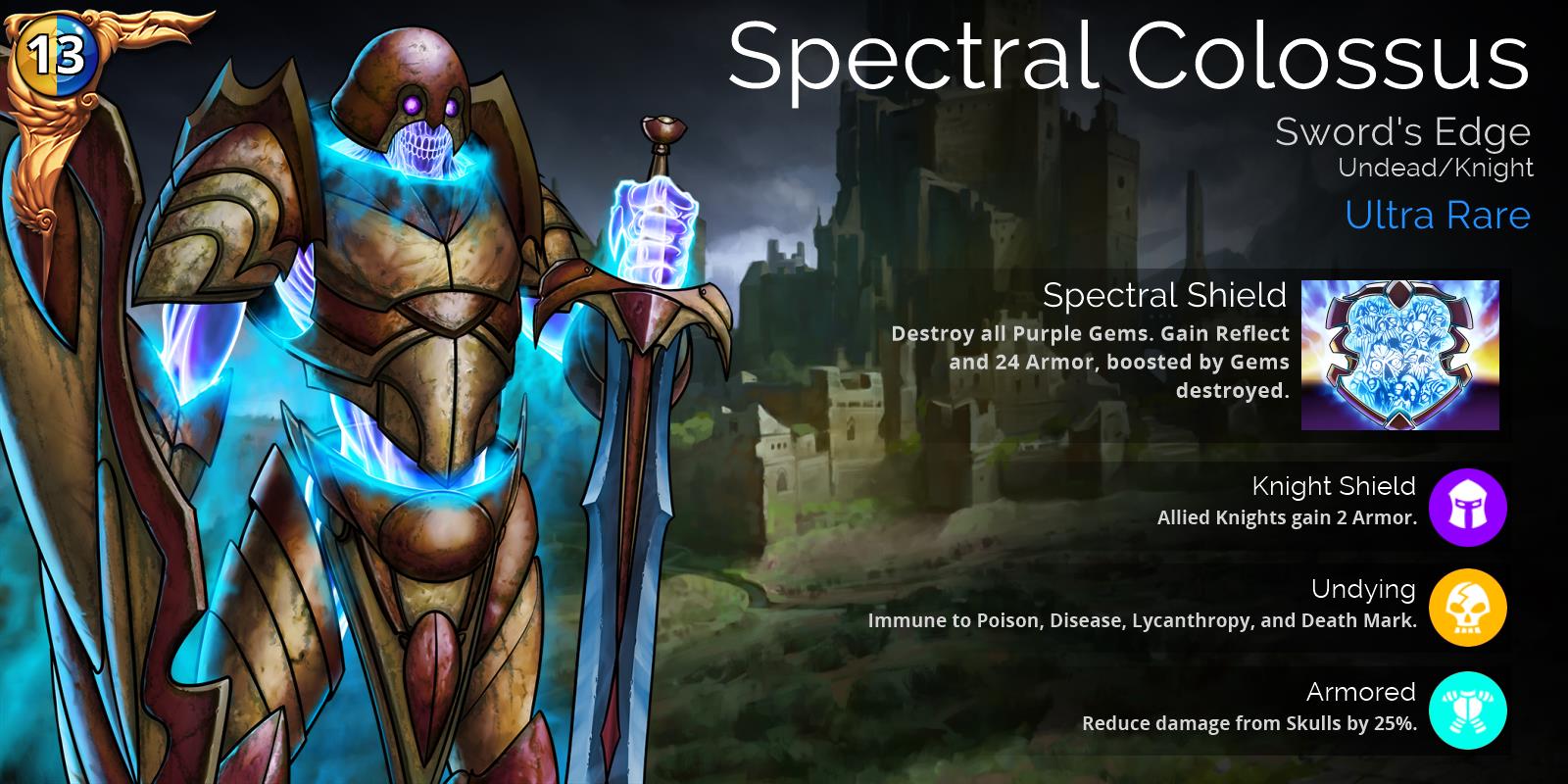 The Spectral Colossus will be available this week for 300 Glory in the shop as well as in Event Chests, and will appear in Glory, Gem, and Guild chests in 3-4 weeks’ time.

There are 6 battles that players can encounter during the event: Judge of the Dead, King Minos, Vanya Soulmourn, Leanansidhe, Silent Sentinel, and Lady Morana. The battles are randomly chosen, but they all have an equal chance of appearing on the map.

Each Shield is worth 5 points. The Battles will drop a variable number of Shields (on average about 1.18x the base amount).

Infinity Plus Two has repeatedly been found to sell loot boxes missing the best items or containing them at significantly lower than advertised odds. They always deny this at first, deliberately spread misinformation and ultimately refuse to communicate further once enough proof has been presented. Avoid spending money on this event, you may receive something inferior to what you paid for, their support will just close and lock your compensation request.

For the most recent case of faulty loot boxes and how they were handled, see this thread and this summary .

It will be harder to pick, since all of them are legendary troops. 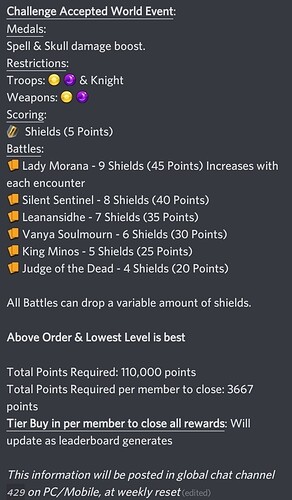 Average Tier Buy In per member to close all rewards is Tier 2 (70 battles). This assumes no missed valravens and following the best scoring practice detailed in the graphics. 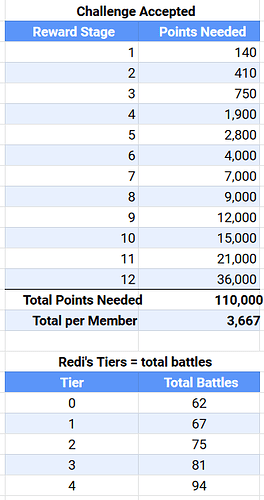