At this point I hope the update and elite passes are a success just because it’d be hilarious to watch all the meltdowns happen in here.

I find the epic weapons thing especially hurtful as a completionist end gamer, playing daily for nearly 6 years, who isnt being given the same opportunity as newbies to collect them. It could take years to get all 33

It just doesn’t feel the same now that I no longer have zero unowned weaps/troops which I worked hard at achieving.
Also I busted a gut to get all my epic weapons fully upgraded. Not only could it take ages to get the weapons but it’s going to be impossible to upgrade 33 knowing what we know about epic ingot drop rates. I finished upgrading my epic weapons about a year ago. Since then I have amassed 343 epic ingots, but have 6,092 legendary and 3002 mythic.
It’s all very disheartening. 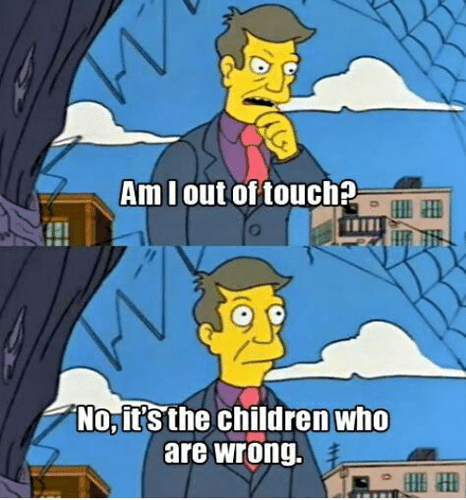 That doesn’t excuse the fact that it was a ninja nerf. Issued without reasoning or explanation. Hence my reference as being sneaky.
EDIT
Amazing? What is really amazing is that neither the developer nor the player has any idea how much devastation his cast will actually do.

How can you nerf something not yet released?

Exactly he was 24 mana on spoilers and I don’t know how much mana on Salty’s preview. But spoilers tend to change on realese and on the streams all is subject to change.

Taransworld only releases company issued information. Pre or post release, the mana increased by 3 despite this troop data becoming public. Call it whatever you want, I call it a nerf.

That site always says data is subject to change prior to release.

Truffle Shuffle received a huge buff, then - as he was pretty lackluster on Tarans site prior to release.

Maybe someone made a typo and this is actually patch 4.9.5 and 5.0 is still coming up… that’s the best explanation I have for why this patch is so very devoid of actual content, changes, updates, improvements… 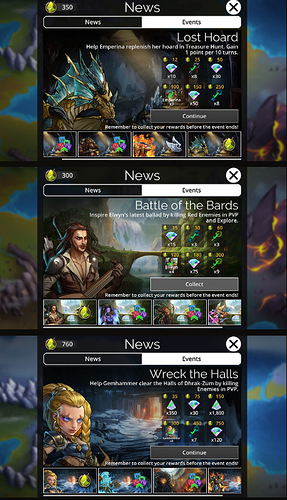 These were removed in patch 4.4 for often being “not fun”. Now they are back sans those nice rewards.

Before 4.7 there were some of us who told you the direction this pile was heading.

You said no way, lets wait and see.

We told you again the next update.

You said no way, lets wait and see.

You still waiting to see? I doubt it, if you haven’t already seen, you wont ever see…

You will blah blah blah on the forum, then bow to your master and pay them for mediocre content.

Also, this update validates my point about this dev team not caring one iota about you f2p players. You actually tried to tell me you were as important as VIP members…

OMG what the hell happened to this game? lol i guess it will go back in the dust

My thoughts on the update are most people, myself included were expecting a major update since it was touted as such a couple of updates ago. The negativity is coming from folks that believed them. I have never seen a major update go live and literally nothing changed til the following week when you get to go around doing things you used to do in 3.0 that they brought back and slapped the word campaign on it. That is this update in a nutshell.

My thoughts on the update are most people, myself included were expecting a major update since it was touted as such a couple of updates ago.

It was addressed, on the preview stream.

They are looking into the weapons rebalance currently, but want to release it with multiple weapons like a mass rebalance, rather than a couple of weapons only.

@TheCuillin since I cant reply to both at once really, this is for you too.

I was hoping for a real update like separate team slots for explore, GW, and PvP. Hundreds of my pvp losses are from team switching accidents. Usually from playing explore and then the PvP icon pops up and my brain auto clicks on pvp to start a match. This has aggravated me for over 3 years.

It would be simpler if I could just not care about my win loss rate. This week I lost a pet gnome over it.

They are looking into the weapons rebalance currently, but want to release it with multiple weapons like a mass rebalance, rather than a couple of weapons only.

This is what concerns me, Sirrian’s no ‘band aid fix’ philosophy means no fix or it’s still years away.

I think my biggest fear on this update is getting something uncompletable. Like upgrade a troop when I have every troop and they’re all completely upgraded. Do I need to leave a troop not upgraded or leave weapons not upgraded or risk getting gems stolen from me to complete such tasks?

Is there a list of all possible tasks so I can avoid the potential for uncompletable tasks? That means for piece of mind I might need to complete the tasks on Mondays. More stress. Just what I need.

But, there are spend key tasks which are of course a waste to end game players.