Looks like TigerClaw is giving 110% effort. Step it up Mean Machine!

Such an ugly bug…probably the ugliest of them all.

I am not seeing the issue that I turned in a support ticket over:

The game will not play. I get flashes of pretty colors and if I try to change the screen size I will get flashes of what the game is supposed to look like. I can not play pvp or do any type of battle on pc. PC is almost all that I play on and I find this VERY frustrating. All of my drivers are up to date. I have a NVidia GTX 950 video card and Windows 10.

Also i hope refunds will be available for more than just the directly nerfed troops.
After Famine, Death was arguably hit the hardest by this patch with the DM nerf, he was average at best before and now is just really bad. He and the Deathknight class should be refundable before anything else but Famine.
Also i could really need the stones.

Still annoys me when I think about that DM got nerfed.

New issue = updated my mobile to the latest version 3.0506 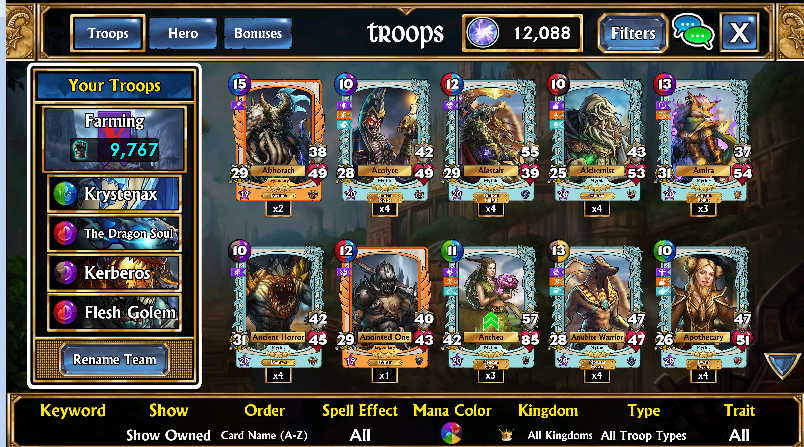 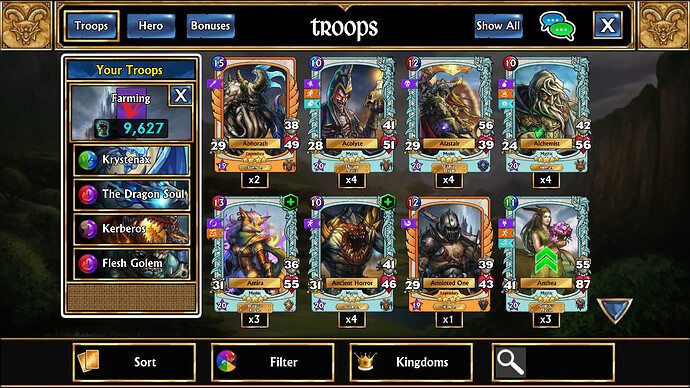 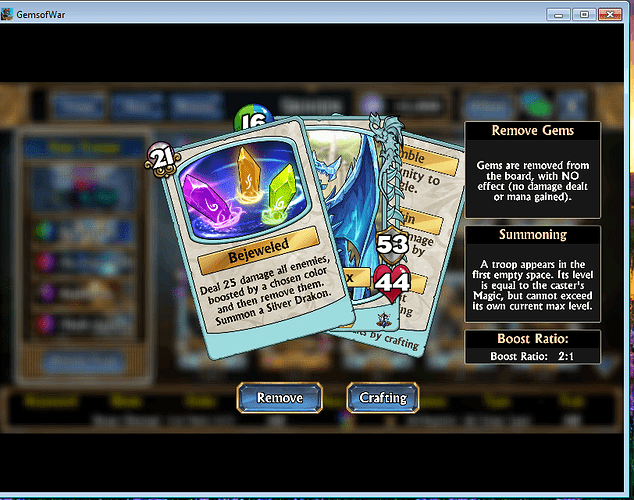 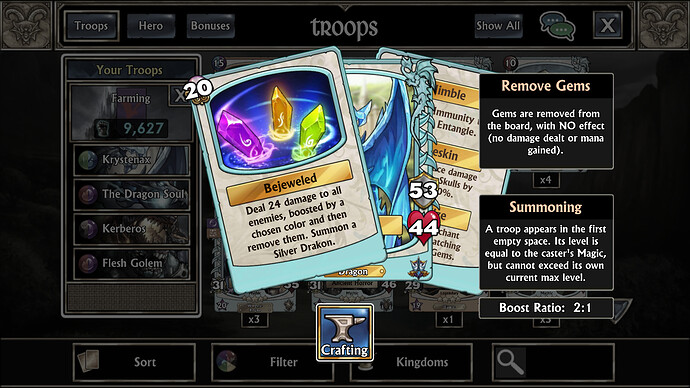 2 Likes
Diffrent Troop stats in gw on Pc an Mobile
BIG ISSUE - GW having the difficulty settings - in GW and being applied
Something is definitely odd....with this GW Opponent total very different mobile/pc
Ozball June 23, 2017, 2:01am #250

How many of your kingdoms are 5* or above?

lol, logging into a different device isn’t going to get an extra kingdom to 5 stars. Unity and Air are valuing teams at different scores. no two ways about that.

No it’s not, but there was a bug before about the stat bonus from a 5 star kingdom not applying to team scores. If that’s been fixed in the Unity version that could explain the team power difference.

@Cindy, this isn’t included in the bug report as it has more to do with how your device is interacting with the game than general bugs. The best thing to do if you are experiencing crashes it to make sure your graphics drivers are up to date and that you meet the minimum Unity requirements needed to play gems of War. If you are still experiencing crashes after this we recommend that you contact our support found here.

@Arturo is this issue still happening with chat or has it been fixed with the update we pushed last night?

Once again, please keep this thread to bugs and issues. This isn’t the place to discuss the AI, or features you want implemented. I would recommend you have that discussion in the thread @Taisiakat started here.

27 of my kingdoms are 5 or greater for stars.

You would think if that is the case - then the Armor, Life, and Attack would be off. But it appears it’s only the magic that’s off

Not so much the actual stats not applying, they were showing up on cards fine, but Team Score usually adds around 40 points per stat bonus you get (eg Guild Statue bonus of +2 Magic will give you a boost of 80 Team power while it’s active), and while you got the team power increase for getting to Kingdom Level 10, getting it to 5* (where you get the double bonus) was not affecting your team score at all.

Though if all your kingdoms are at 5*+ then you’d probably be more than 140 points off.

Yes, something else is going on. Going to look at some base cards that I haven’t upgraded or traited to see if I can figure out where the culprit cause is coming from.

Can confirm surges on match 4s

Still a fair question as to whether that was intended (to match to existing console behavior) or unintended (bug).

@Saltypatra Yes, but I’ve since discovered that it is just old conversations going on in the back, like hours old. I leave my PC on while I sleep, and since the background chat doesn’t go fast enough it lags behind the chat box for hours when I wake up.

we have a new bug … tail slaming drake running around…

how is that a bug? the drake rider is supposed to summon it when he dies.