Hello, I was doing Casual PVP farm against single Elspeth (you only have to pay 50 gold to refresh the list), and one of my guildmates took a screenshot of some guy complaining that I was doing 0 min figths against him? This is weird. 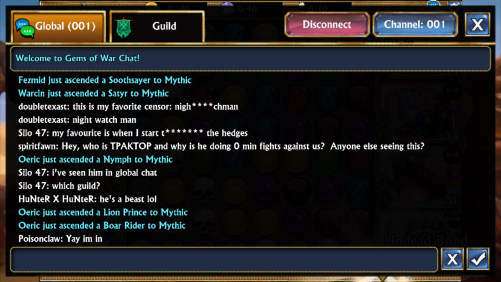 I don’t see that player in my Battle Log. 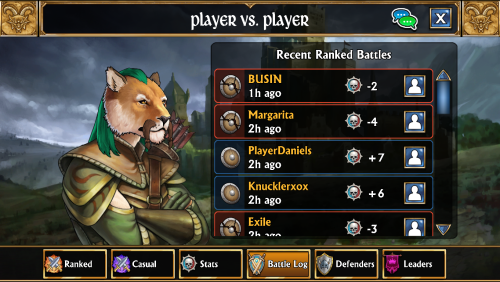 Has anyone encountered the same issue?

This sounds like the constant defense bug. There has been suspicion that it was tied to casual PVP. Usually it’s seen on the defender’s side showing multiple battles in a minute against you from the same person. Is the number of your PVP invades going up by more than your battles?

Let me check… I played three Elspeth battles, but amount of my invades didn’t change. Right now I have 108 succ invades and 6 failed invades. 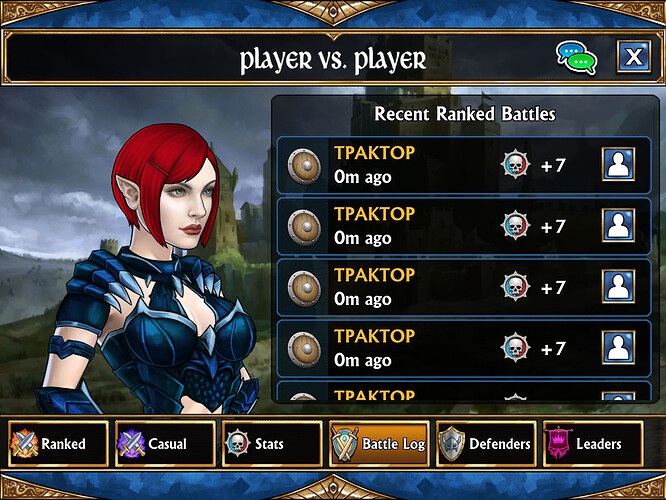 You also showed up as 7 wins in under a min vs me last night some time as well. This is not the first time I’ve seen it, not just the bug, but specifically from your account.

Yes, thanks for the screenshot. Did you get these victories as a pop-up notification? Did you get extra gold/glory from it? And PvP points?
I have no idea why this is happening, I was simply attacking your Elspeth with Scale Guard*3/ Sir Gwayne in Casual PvP. =)

I didn’t pay attention to or screenshot the rewards screen, because I didn’t know it was all one person until I had clicked through it and checked the battle log. And I was only even looking at that hoping it was 7 wins in guild wars defends.

I don’t know the cause of it, but from what I’ve gathered through the forums, casual PvP is the culprit.

Mind if I ask why you’re playing casual, especially if you’re only looking for single troop defenses?

I play against one troop teams a lot. Elspeth is my favorite. Single Bombot. Single Death. Single Aurai.
But this weak is awful. Single Sir Gwayne is terrible. He is 50% buffed, and I can’t kill him with 3 Astral Spirits. It slows me down A LOT, not to mention that he can summon.
So I went for Casual PvP where I can refresh my opponents for 50 gold.

To chime in, I also had you in my logs last night, and asked somebody on discord about it (the person who posted in your chat screenshot). I was running a single Elspeth defense, but you showed up in my logs twice. The first time it popped up with 8 defense wins against you in 1 minute (looked the same as @Mahamoti screenshot), and the second time was about 45 minutes later and I got a pop-up announcing 4 defensive wins in under 1 minute. Thanks for posting here, helps give some additional context to it.

I have been seeing it for days also…the casual pvp must be the issue. I am also farming Elspeth this week for a break from the metas and death curse, surprising how many trophies and gold you can farm. 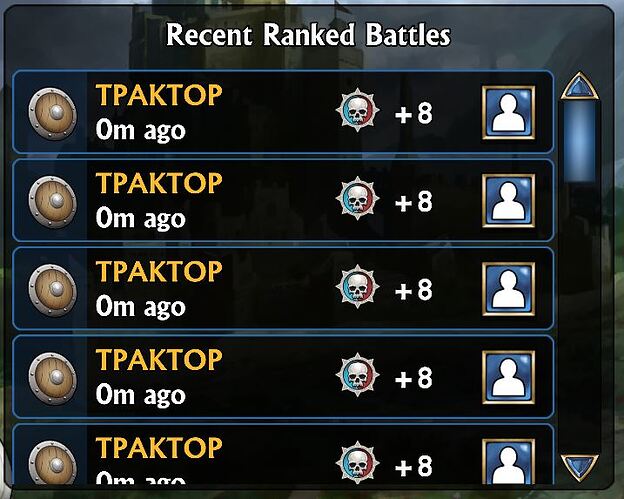 Maybe we should call devs? I’m pretty much sure they’re already working on it since this bug probably has the same roots with defence exploit some other guys were abusing 2 months ago.
@Nimhain, @Saltypatra, @Sirrian, can we have your opinion on that?

once i got a notification pop that i won 1 defense fight,
since i was monitoring all my defense fights this week, i quicly noticed that there was no new defense win added

ghost fight!
i must have won a casual defense against somebody or i dont know what it is

I just had several Def wins against same person at the same time, and when i checked their profile, they had nearly 200 Def wins already this week, with only 80 attack wins. Why are they still allowing this def cheat to still go on? It would be nice to hear a clear answer. If not, why cant everyone just do the cheat if its “ok”
"

Me and my friends in other guilds noticed sometimes we fight each other and it don’t show up in the feed, I wonder how many real battles are lost daily And how many bug battles show up, I’m upset bc that’s a revenge I don’t get to play.

Well, obviously from the posts here, it’s not JUST an exploit as the OP is clearly getting the same results without even really trying.

Yeah, just seems this has been going on without any clear response for a while

If I have a lot of def wins, that was from ТРАКТОР for sure… 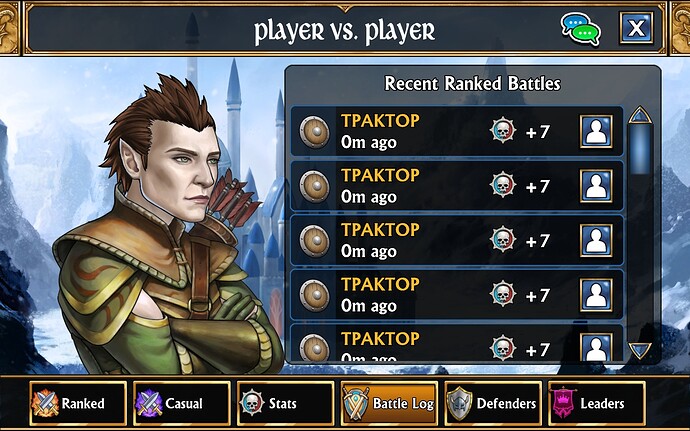 Nope, I’m not getting any weird defence wins. Only 28 defence wins with 82 defence losses. 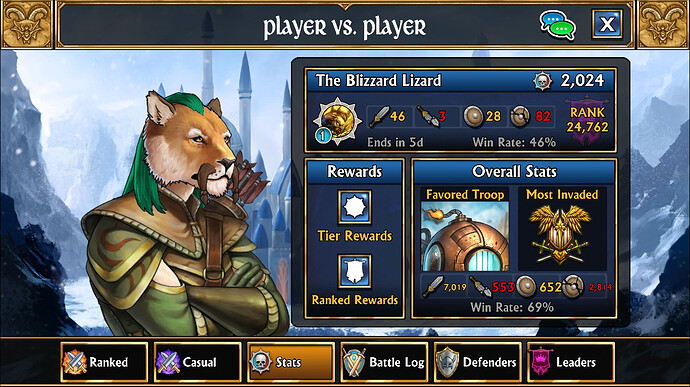 maybe there is some delay in the battle log