This week everone is neck and neck

Good thing Anonymous is minus 1 player this gw. (Good luck for everyone else) 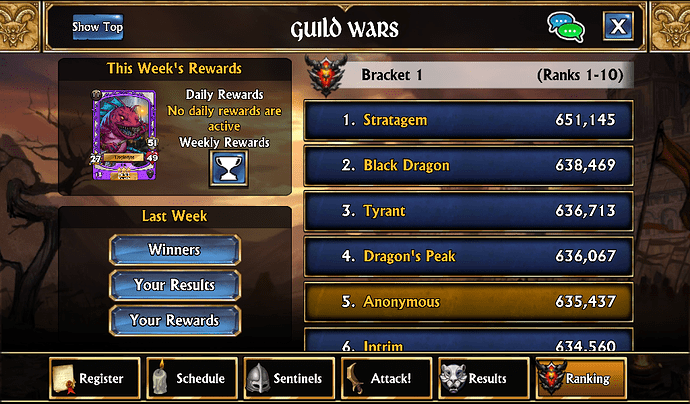 Yeah, its awesome! The whole last 2 days we jumped from position 1 to 6. Atm the top six guilds are within 20k points of each other while the 7th is 50k behind the 6th guild. Feels nice and its the first time since GW release that Black Dragon has 30 members! Kudos to all other top guilds that battle that hard and even overcome the odds of missing 1-2 members! 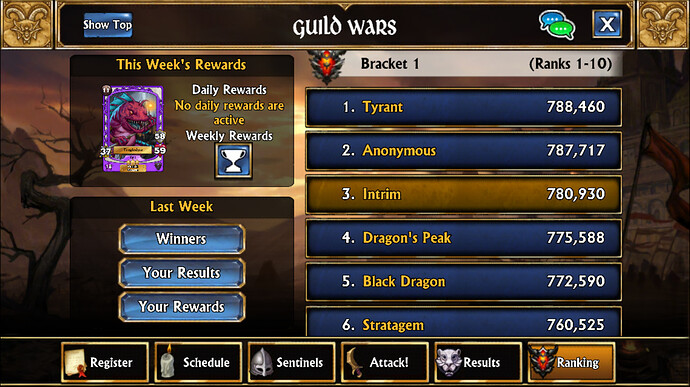 Can I make a reasonable request and ask the other guilds to stop trying so hard? I really want to mythic my troglodyte!

At the finish of Saturday night, one day remaining of Guild Wars: 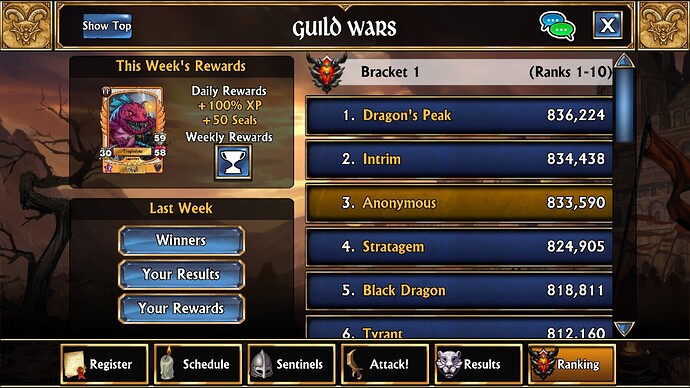 Less than 2650 points between Dragon’s Peak, Intrim, and Anonymous.

Will this finally be the week that Anonymous is knocked out of a 1st or 2nd place finish? (We’re only battling with 29, due to a drop during the week.)

Just 8,000 between first and fourth this week. Closest so far. 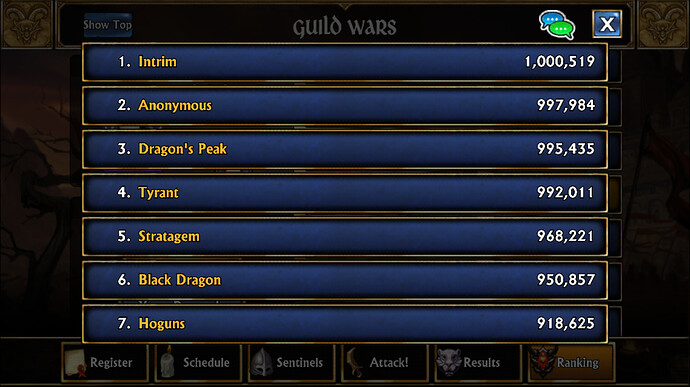 Wow now that is intense!

amazing stuff by everyone.

Congrats to Intrim and to everyone in the top 6. It has been a very interesting week, with some very close scores and changes in the rankings until the end.

If @Ashasekayi can’t/doesn’t want to post a weekly GW leaderboard, it would be nice if someone else could do it?

If @Ashasekayi can’t/doesn’t want to post a weekly GW leaderboard, it would be nice if someone else could do it?

Thanks. I had missed that information.