UI not shown on Huawei Nova (Resolved itself)

_[Please check the known issues list before posting a bug](https://community.gemsofwar.com/t/3-5-known-issues-pc-mobile/41214._ 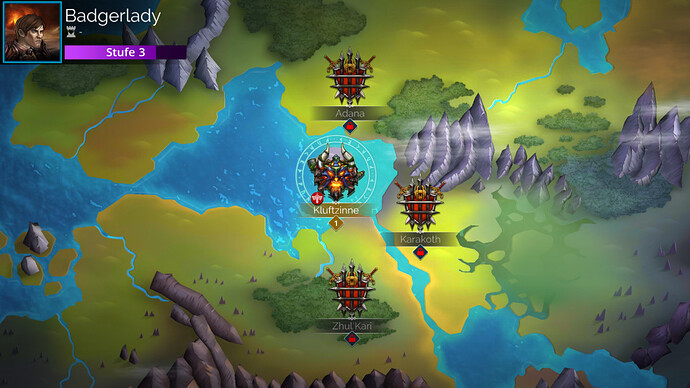 What you were expecting to happen, and what actually happened
Expect a User Interface to be shown so I can interact with the game
Found no User Interface, except inside Kingdom/Quest Menu (Kingdoms can be selected normally, panning and scrolling also works)

Expect to be able to abort a Quest
Option to withdraw form a fight, but no way back from Quest menu

How often does this happen? When did it begin happening?
Re-install of the game on this device. Skipeed linking of account at first because did not have data from Sony tablet. Now no way to link account later, as option is no longer shown. Consistent behaviour. Runs fine on Sony Xperia Z3 Tablet Compact

Update: Played through the first quest and after that the UI was there.

Hey, sorry I didn’t get back to you sooner.