. But I’m not accepting the challenge, I know when I’m out of my league “magical maestro”. You’ll have to just enjoy trouncing @Vangor, since he doesn’t

Can’t wait for the next song, and for you to officially be announced winner of the contest

There is no doubt!

I have decided on an original track for GotO theme song!

There is no doubt!

Really? I must have misunderstood something over at http://community.gemsofwar.com/t/top-50-guild-league-table-history/

Really? I must have misunderstood something over at http://community.gemsofwar.com/t/top-50-guild-league-table-history/

My first song! I imagine it playing during GW battles… I hope i did this right and it can be played… Lol

It totally has a Mega Man vibe to me and I mean that 100% as a compliment! It’s very catchy and would be an enjoyable battle loop.

No doubt!
I look forward to your next composition!

Nice job @Vangor. I now have your GW theme stuck in my head.

It really is very catchy!

Here at Monkeys on the Bed Laboratories, we’re always interested in collaborating. In fact, we have the makings of a serious Gems of War band here! Woot! 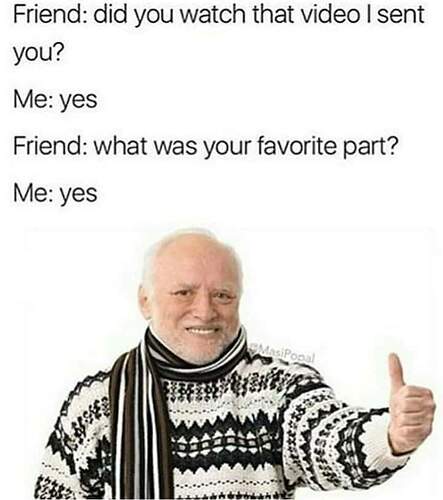 (I promise ya efh I do listen to your videos lol)

Hi everyone! I just wanted to give a prigress report on my theme song for Gems of the Ostfront! I have been working hard on it and i am learning a lot about making music (and having tons of fun!)

Unfortunately i have had a bit of a setback due to getting about half done and not being real happy with the song to this point. So i may just scrap the whole thing and start fresh (haven’t decided yet)

Either way, i am still working on it and hope to have a finished product soon!

The summer has come and gone and with its exit I bring the newest Tunes of War parody!!!

But before I go any further I must give some special shout outs.

This was from the very beginning a collaboration between @Whiskeyjack, @vangor, and myself. When we learned that our “brudda”, @Ozball, was being made an official Forum Moderator our crazy minds started crafting a very special tribute to him.

The following parody is that tribute.

We hope you enjoy: MODERATORS

LYRICS
Moderators!
We moderate any stealing of intellectual property. We’re damn good too. But you can’t be any geek off the boards. You gotta be handy with the hammer, if you know what I mean. Earn your keep.
Moderators, mount up!

[Vangor]
It was a clear black night, a clear white moon
Vangor is on the tubes, trying to consume
Some content for the eve, so I can get some likes
Just rollin’ at my desk, reading through the night

[Oz]
Just hit the website, my community
On a mission tryin’ to find posts of quality
See a thread full of trolls
Ain’t no need to speak
All these jerks know what’s up
When they cross me

[Vangor]
So I hooks a left into Official News
Some brudda talkin’ nice so I said “let’s do this”
I jumped into the thread, and said “what’s up?”
Some brudda’s try’n’a be me so I said “I’m stuck”

[Vangor]
I’m gettin duped, he’s try’n’a be me,
I can’t believe they’re taking Vangor’s IP
They took my name, they took my profile pic
I looked at the brudda and said “damn, what gives?”

[Oz]
They got my homey hemmed up, posting all around
Necroing old threads, so he look like a clown
I gotta come up real quick before the forum drowns
I best get out my hammer and lay them busters down

[Oz]
Just like I thought
They were in the same spot
In need of some desperate help
The Ozball and Vangor
Were in need of something else
One of them dames was posting great memes
I said “ooh I like your style”
She said “I need a title and you seem real nice,
would you help me out?”
I got a box full of pings and I know what to do
The next stop is the admin menu

FUN FACT: @whiskeyjack came back with lyrics for the entire song 12 hours after conception!! Insane!!

This was very fun to work on with you guys (what little bit i contributed lol) and i look forward to possibly collaborating on future projects!