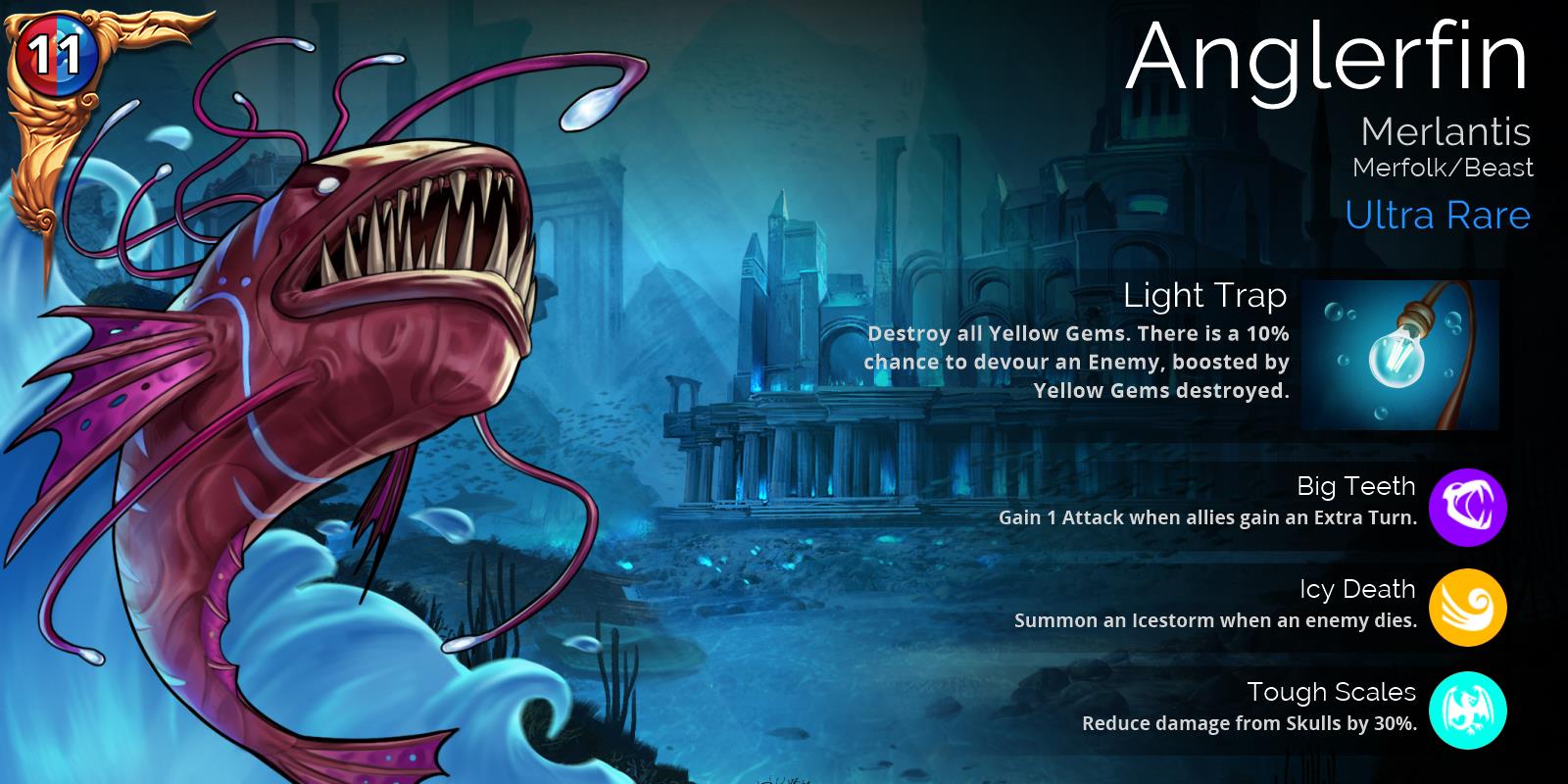 The Angerfin will be available this week for 300 Glory in the shop as well as in Event Chests, and will appear in Glory, Gem, and Guild chests in 3-4 weeks’ time. 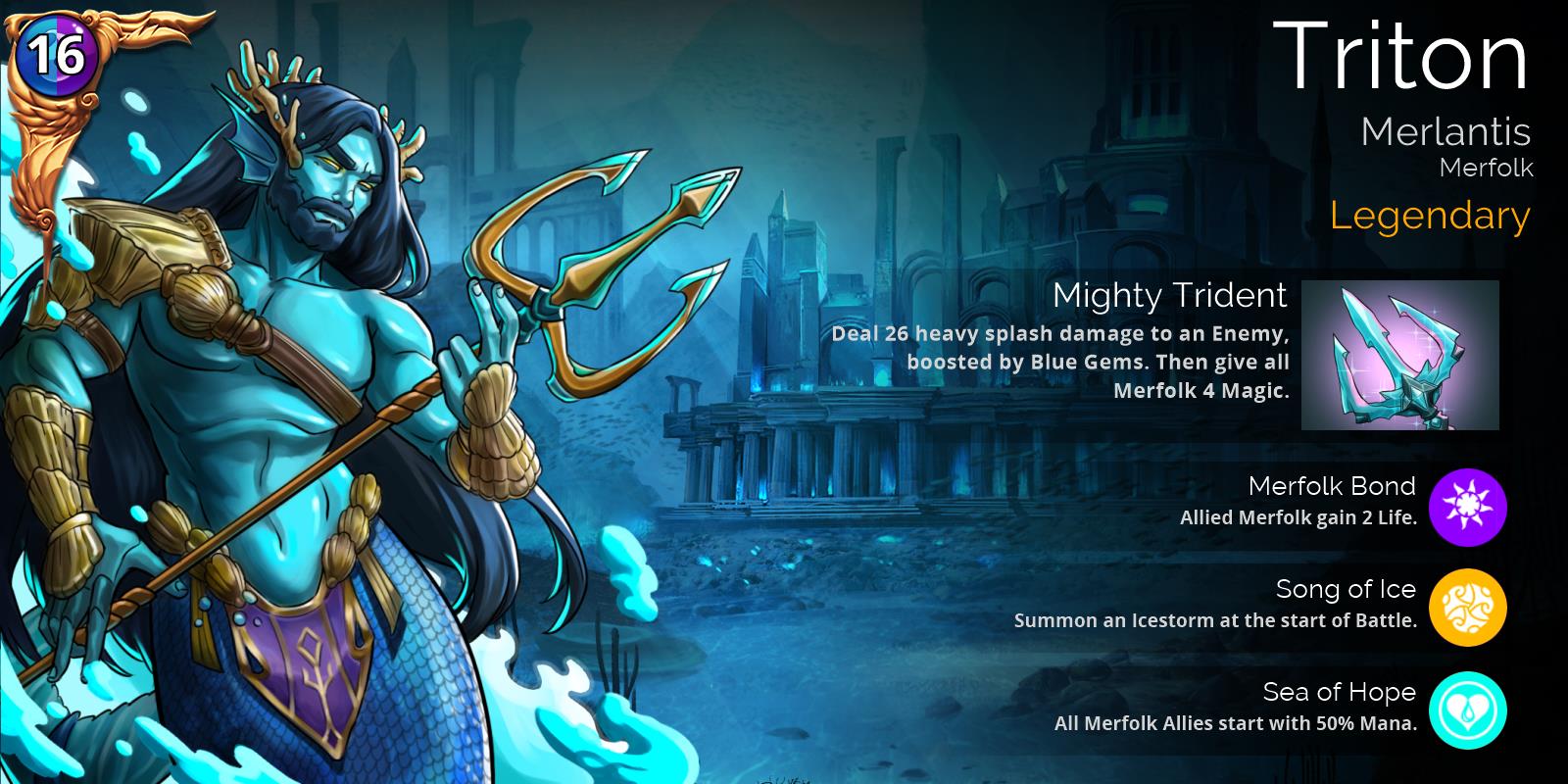 Triton will be available exclusively in Event Chests this week, and will make his way to Glory, Gem, Guild, and VIP chests in the usual 3-4 weeks. 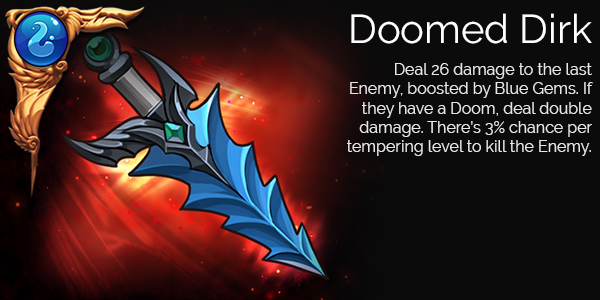 This week, it will be available in the Tower of Doom shop and the Soulforge.

Why do we still have Hellcrag in diamond chests and glory chests? Will it be changed to Merlantis?

Why shouldn’t we?
Only event chests are tied to a kingdom (and you can get all eligible Merlantis troops from them this week), other chest are not and have never been kingdom exclusive - whatever troops qualify for drop table should be in there.

Was there any new Tarot cards added to the vault rewards pool?

I mean we still have higher chance of getting Helcrag troops despite the thing that Hellcrag event is over.

What makes you think that?

No, those pictures are examples of the rarities of troops you can find in each chest - they use recent releases for that, so at the moment the troops shown are ones from Hellcrag.

There’s nothing whatsoever that implies that the example troops are more likely to be found in chests than others.

Again, there is nothing at all that even suggests Hellcrag troops are more likely.

I’d like to see pet gnomes this week please. Zero after reset so far…

What happened to the pet gnomes after reset? @Jeto please don’t hide them!!! Show it to me.

Most of my guilds members aren’t very active in pvp. But we’ve found what I would rate as a “normal” amount of pet rescues yesterday (for our guild). Maybe @Hawx can shed some light into the matter with a comparison of lets say last weeks monday to this weeks monday of overall findings that got register’d by the discord guild bot?
Maybe your expectation to finding a massive amount of pet gnomes is just too high? Overall it most likely also is like everything else. f.e. lately I had a 32 gem tribute followed by a 13 gem tribute and I thought the game is shitting me…