I just got the task “make three 60-turns Treasure Hunts”, and it reminded me how useless this so-called “Treasure Hunt” become.

Just for reference, my typical loot from it is like this: 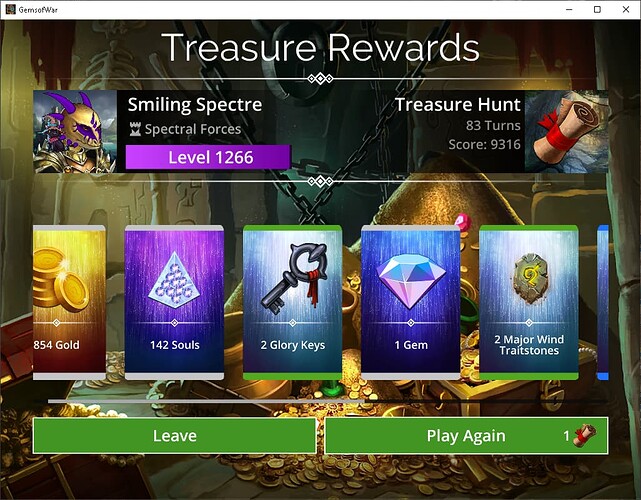 So I spend 5-10 minutes, to get 2 keys and one gem (and a bunch of useless low-level traitstones, but they are worthless anyway).

In a comparison, this I can get doing literally nothing, and simply gaining a tribute each hour: 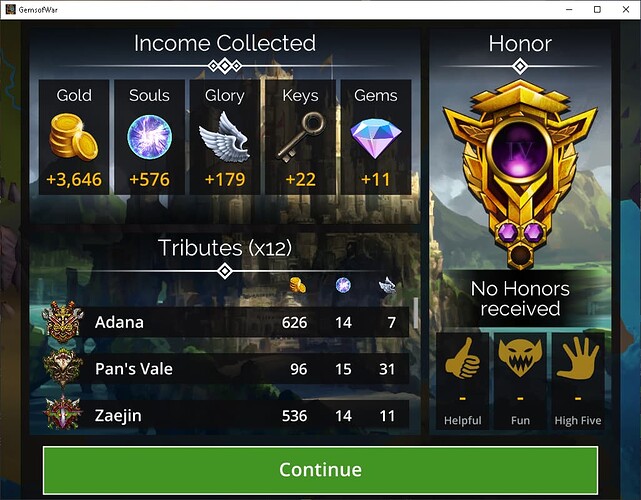 Moreover, mechanic of the game was purposedly crippled years ago: you can get only one extra turn in one your turn, regardless of matched 5-gems. I can understand why it was done then, when prizes still was valuable, and too much turns would give too much profit. But now, when prizes themselves are near worthless, additional cripple harms the Hunt even more. It’s counter-intuitive and frustrating, as in fact every cascade turn harms you, more with bigger cascade, just opposite to every other activity in GoW. Turns worth much more than prizes now, and each cascade rob you of potential extra turns, in addition to destroying opportunities of turns themselves.

(Also, I find the game much more punishing then before - I could get 50+ turns mindless before, 70+ with a little efforts, and 100+ if really trying. Now it’s 60+ with really trying. Maybe random and my luck though).

So there are two main problems that must be relieved, I think:

If both problem will be relieved, Treasure Hunt will became same fun as long ago, but even one of two would make it much more interesting.