I’ll get the ball rolling…

I have better odds of dating Keira Knightley than finding 3 Devils in one day. 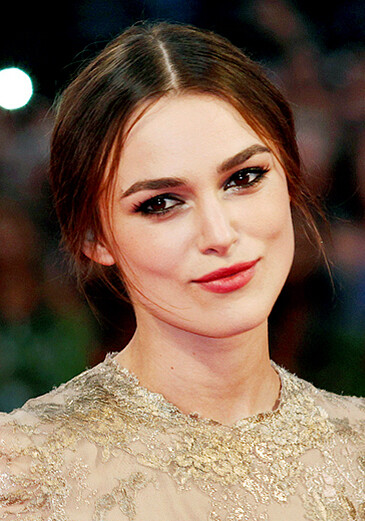 The odds of winning the current powerball jackpot are 1 in 292.2 million .

I have a better chance of winning that than getting a 3rd devil in one day.
Prove me wrong, devs. Hit me with that sweet drop rate, baby.

Finding out why kids love the taste of Cinnamon Toast Crunch.

Figuring out how to have everyone get along

A dev responding to this thread.

Better chance of finding Arachnaean Weaver in event chests for the first 4 days during the last Zhul’Kari week.

There’s a better chance of devs cutting the crafting cost of Mythics from 4K Diamonds to 2K. Having every single weapon available in the Soulforge rather than putting some behind a paywall(eg. Crescendo, Sun and Moon, Festival Staff)

Yep, you’ll have to craft that purple book in the soul forge.

Week with no bugs in the game. I actually had to make a new channel to our guild discord, where bugs are informed, because the main channel was getting messy because of them…

Finding a delve with a pure faction team that’s actually fun to play at 500.

Remember when Epic Vault Keys were first introduced, and said to be “rarer drops compared to the normal ones. (about 10%)”, and then it turned out they did not have them increase on Vault Key weekends, making the absolute chance for an EVK speculated to instead be somewhere around 1 per 100 vault keys during vault weekend (or ~ 1/1000 gnomes, or ~1/12k battles on average approx during that initial weekend before they made an alleged increase between the first and second weekend before finally bringing it in line with what they promised on the third). More people reported finding EVKs on that first weekend than have reported finding a third daily copy of The Devil thus far. (There has been so far one anecdotal report of encountering a third TFH with drop, the circumstances of which are still being tested for possibly reset anomalies.)

I know that isn’t completely the same thing because obviously more people were hunting harder for EVKs and incidentally playing quicker battles for just gnomes in general at the time, but that was an instance of gathering data for rates that were off expectations by a factor of 10. Of the hard data gathered so far, most people are finding their second TFH within 25 battles of starting for the day (with the highest recorded outlier taking 55 battles with most of that being a gap between the first and second) with an average of around 30 or so total battles to find 2. Many people finding the second and first one in back to back encounters, such that the documented rate of appearance between the first two encounters is difficult to even measure. The average recorded number of battles between TFH1 and TFH2 is right now around 13 battles. There are hundreds of recorded battles after TFH2 with no TFH3.

At this point, if it does exists, the rate of encounter reduction between TFH2 and TFH3 is so severe that I’m pretty sure it would at some point be functionally impossible to get TFH4 if a similar reduction was applied after the third one, being that there are at most like 6500 battle opportunities in the day for even the most… ahem… “dedicated player”.