The Vault: Troop stacking problem with the Gnomes [Solution]

This suggestion is meant to help @Sirrian, @Saltypatra, @Kafka, @Cyrup, and the rest of the Community.

Troop cards in the Vault should appear a bit more frequently and more diversely when accessing or breaking in the Vault.

However, there’s still an issue with the troop cards that are often the same, they stack up, while the others are missing or not in the Player’s Troops deck. This is very unfortunate and annoying as well.

Troop’s Level, Rarity Type, and Traits should not matter and should not be treated exactly the same as the Guild’s Guardian Statues - Guild Seals.

The only requirement should be x4 troop card of specific Gnome type in the deck. 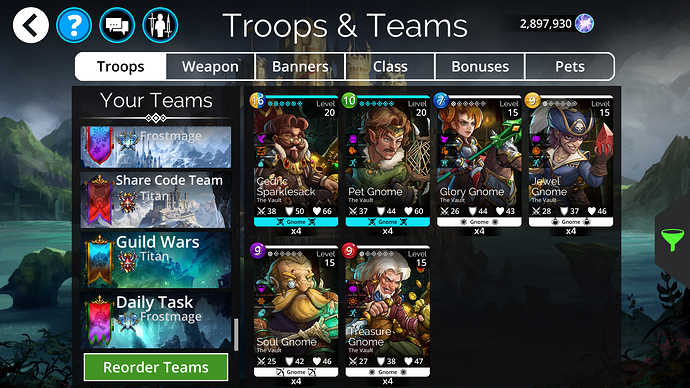