The AI can still ignore Extra Turns from 4-5-matches

Screenshot or image:
Will be provided. In progress…

Video:
Will be provided. In progress…

What were you expecting to happen, and what actually happened:
This is an old bug that’s probably been going on since the start of Gems of War.
It can happen that getting a 4 or 5-match/es or more, will not actually retain your turn and grant you another one. This occurrence is rare and unpredictable at best, but it can happen from time to time.
Usually, it gets only ignored when you get a 4 or 5-match with your frozen troop that gained the same mana color that your affected troop is associated with.

How often does this happen? When did it begin happening?
It’s (probably) random and hard to predict. I encountered it once a previous week on a Green Day.
However, I noticed more such examples recently when I am playing at x2 game speed in the Arena mode or the PvP (Ranked) battles. Game version 4.3.0.07 still has this bug or issue. I am 100% certain about this. The trigger appears to be random as well. However, this issue requires a lot of work, as you need to record any and all matches in order to spot and record this issue.
Hopefully, this will be done in the following days or weeks.

I need to rule out the suspicion that the Stun effect can causes a missed extra turn if your Hero has an enraged perk active and if your first troop is stunned (Mana converter - Hellcat)
The Luna troop, it happened two out of three times recently. Any connection?

Example: (Yellow gems were converted to red, there were several 4-5 or more matches present.)
This screenshot was taken after the enemy made one move after my conversion from yellow to red. 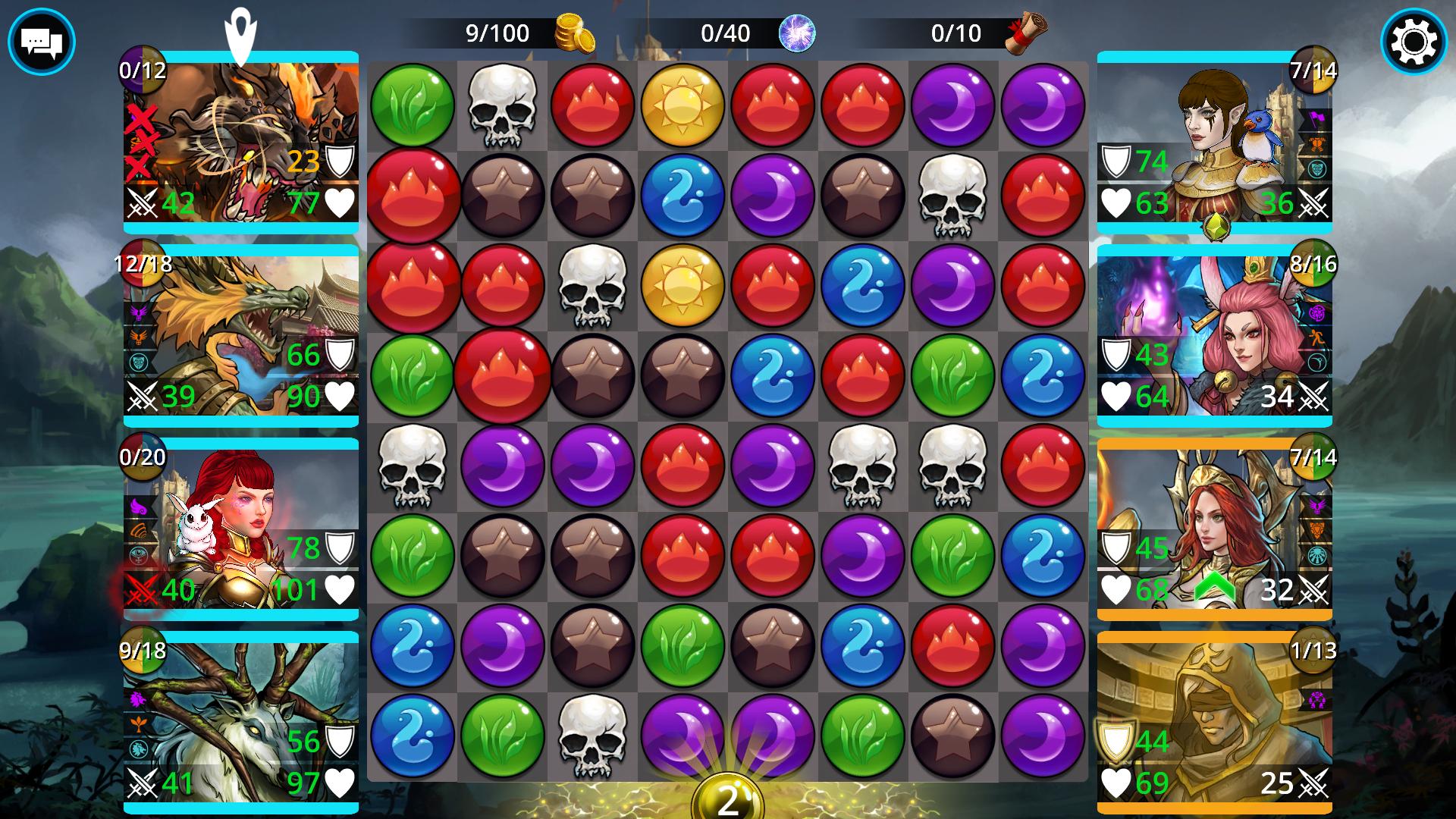 Steps to make it happen again:

I urge everyone that cares about this bug, especially the Super-Testers, that they keep an eye on this issue and report it here. I know that there are several (older) bug reports about this issue, but this bug report is focused on the same issue after the major update 4.3.

So, if you encounter this issue, post it here and not on the existing (older) bug report threads.

Hey sorry for the delayed reply.

This is one we’re keeping an eye out for but so far have been unable to reproduce except in very specific cases involving specific Weapons and Affixes which have already been fixed.

whether this is an actual bug or an issue in the way the game board resolving itself is visually represented and communicated to players causing this issue (ie. let’s call it a possible visual communication issue), is yet to be determined.

Any information but especially videos of the issue occurring would be incredibly useful.

Good. I am still on the hunt.