New Epic Troop: The Umbral Giant The Umbral Giant will be available this week for 400 Glory in the shop as well as in Event Chests, and will appear in Glory, Gem, and Guild chests in 3-4 weeks’ time. World Event: Key to Darkness There are 6 battles that players can encounter during the event:…

I like this detail right here, so I’ve noticed

This is a confusing event when first looking at it. However, for the vast majority of players who are just doing their part in the guild event (so wanting to get the average score) then I believe this order will suffice and should be a low buy in 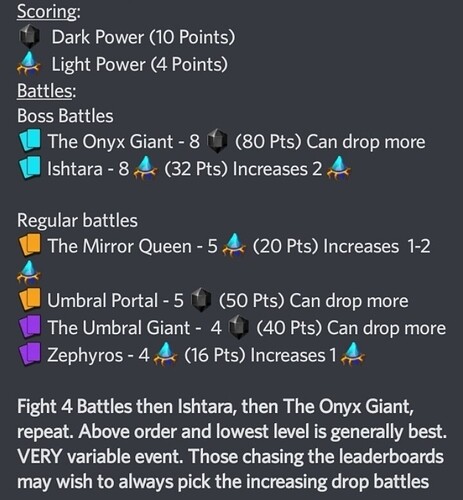 For those who will be chasing the leaderboards then I think taking Zephyros and levelling him up would be a wise move. For most of us though, we won’t be doing enough battles of him to get him above 40 points. The Mirror Queen however, quickly surpasses Umbral Portal.

If you want to work it out and show a better route, I’m happy to include your info but for now, I think this is best. I will of course post my usual graphics at reset

This is a confusing event when first looking at it.

Hurray for Hawx helping us all!

This is a confusing event

Playerbase has been asking forever to make a simple scoring system displayed in-game:
Nada, even though mods allegedly agree with such a suggestion…

Someone mentioned lately, that players should not be required to look up information on external platforms. I would agree with that.
What does the team think about that matter?

P.S.: Regarding the “Is troop X released yet” matter - Can we even be sure, that there is still communication going on between the forum moderators and the developers? 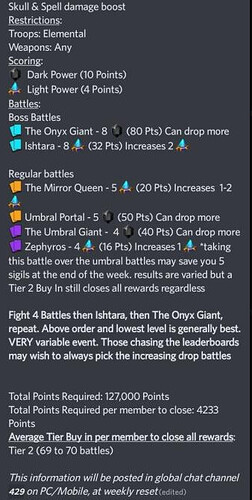 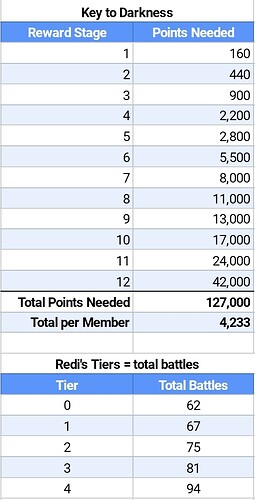 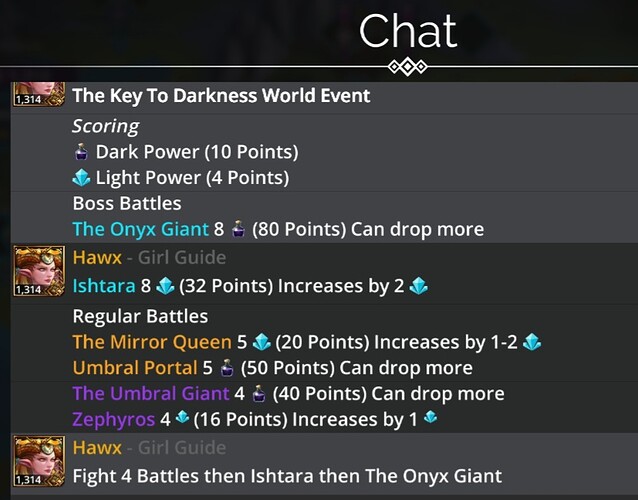 This is not an easy event at first glance however in short:

Fight 4 Battles then fight Ishtara then The Onyx Giant, repeat.

If you are doing a leaderboard push then Zephyros would end up being worth more.

Tyvm this helps a lot!