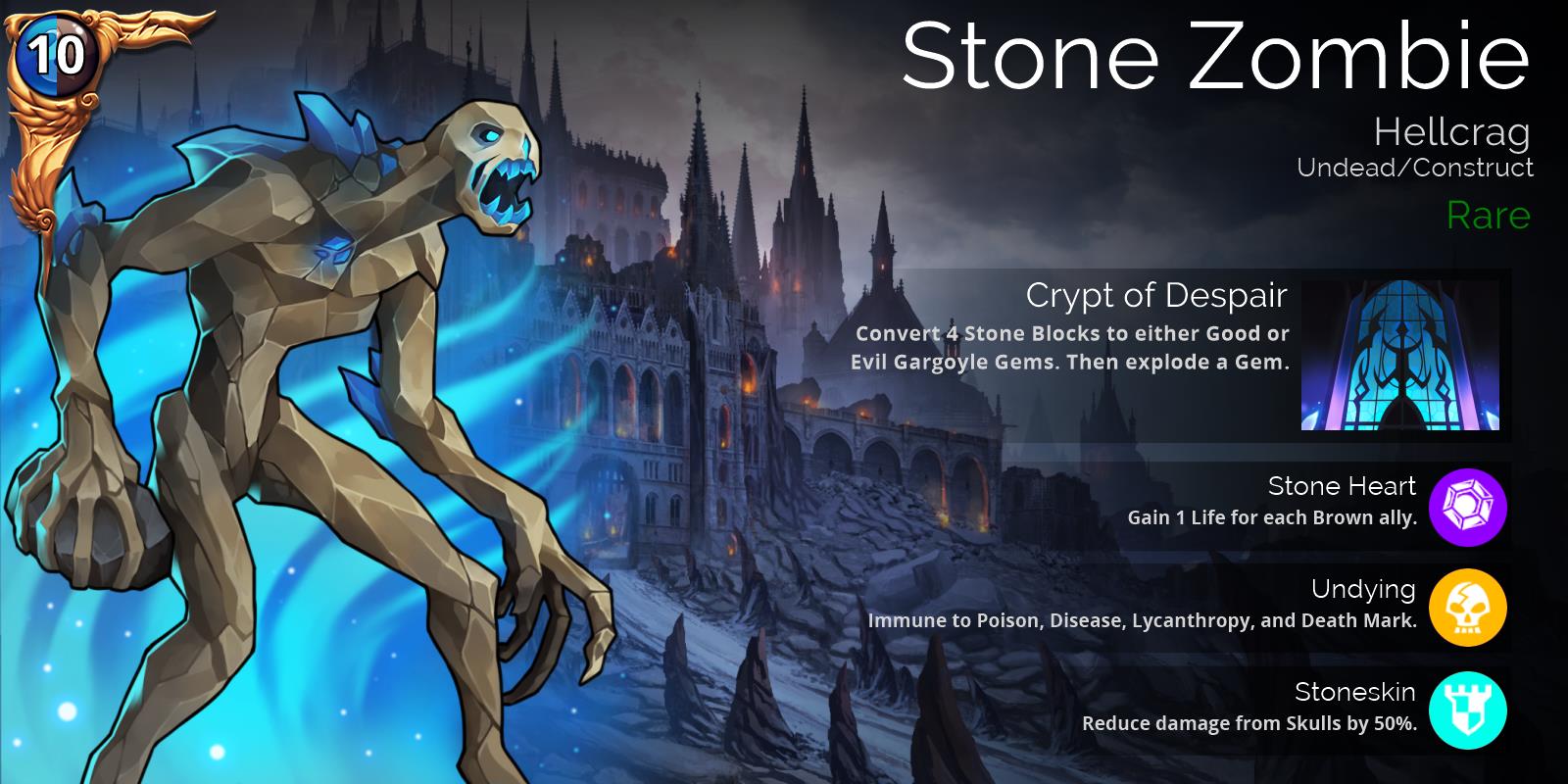 The Stone Zombie will be available this week for 300 Glory in the shop as well as in Event Chests, and will appear in Glory, Gem, and Guild chests in 3-4 weeks’ time.

There are 6 battles that players can encounter during the event: Frozen Medusa, Toxic Medusa, Burning Medusa, Stormy Medusa, Dark Medusa, and Medusa’s Creations. The battles are randomly chosen, but they all have an equal chance of appearing on the map.

Again I would like to point out, that it would be important for players to know these numbers without having to check the forum.
It can’t be that hard to include a small chart in the corner of the event map.

Chalcedony is in the event keys on Xbox One, probably everywhere.

Chalcedony is in the event keys on Xbox One, probably everywhere.

Thanks, that’s good news, the last Pathfinder took forever to show up. I’ve updated the table. 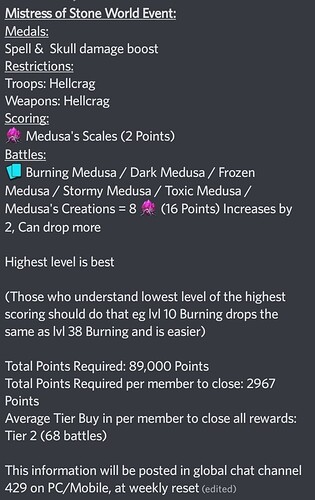 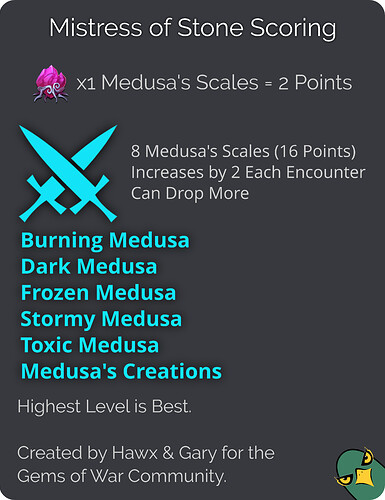 wrong table “amount of remuneration”. in the event in the rewards section other numbers

wrong table “amount of remuneration”. in the event in the rewards section other numbers

Yeah I’ve just started ammending it, this was from beta yesterday and it’s not happened before that beta was totally different points wise to live.

If it becomes the norm, all my guides will have to stop. It takes me and Gary hours prepping the stuff on a Sunday ready for Monday reset. If it’s going to be different, there’s no way I can prep it advance.

I’ve updated what I can but if it continues to be different then there’s no point me spending hours preparing graphics for the community that are going to be totally different to what goes live. We will just have to cross our fingers and hope that the official scoring that gets posted is correct and without errors every week

No problem at all, I always appreciate the pings to get any errors adjusted. The important thing is the right information is available regardless of how much hair I pull out lol!

I’m putting my negative nancy hat away and back to being a positive Paula as my nanna would say!

hey when will the amended scoring be posted?

hey when will the amended scoring be posted

Yeah I’ve just started ammending it, this was from beta yesterday and it’s not happened before that beta was totally different points wise to live.

Sorry @Hawx I didn’t realise the live numbers would be different from the beta numbers. I will definitely be following up on why/what happened with the team.