The way things get resized & moved about when resizing the window, especially if only doing vertical size changes…

Here’s the login screen as example: 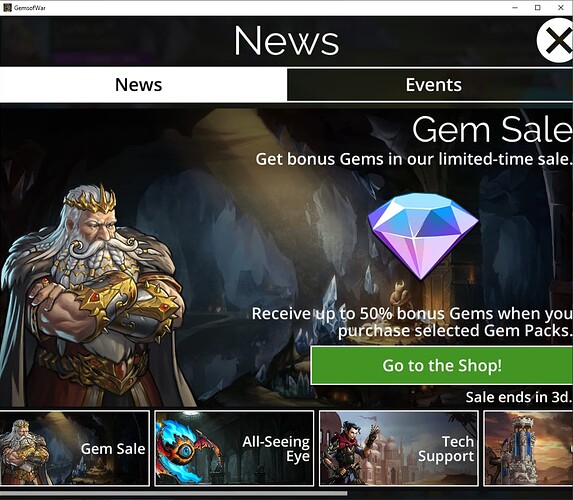 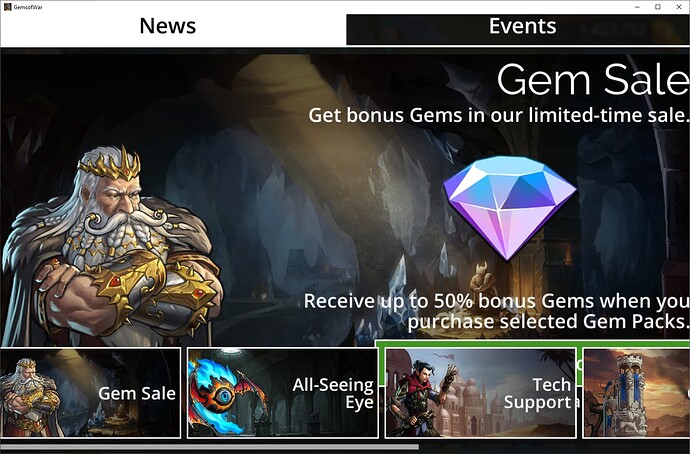 image1505×991 152 KB
Note the green button being pushed below the other buttons, making it impossible to use. 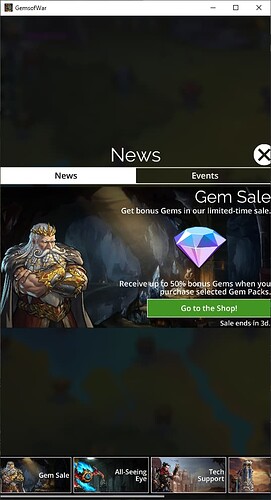 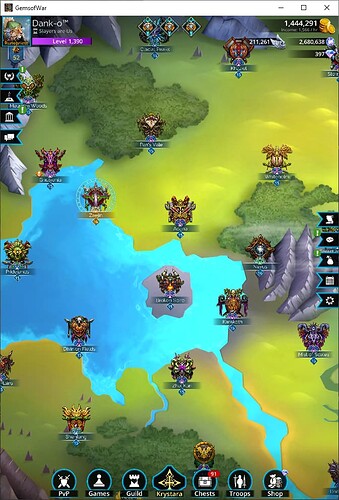 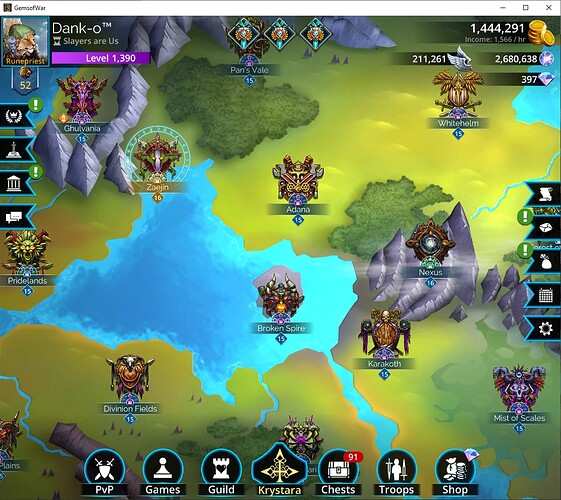 image1113×991 157 KB
Things starting to get slightly more clumped up but still functional.

Now using 1440x960 (one of the options in the game for fixed resolution size): 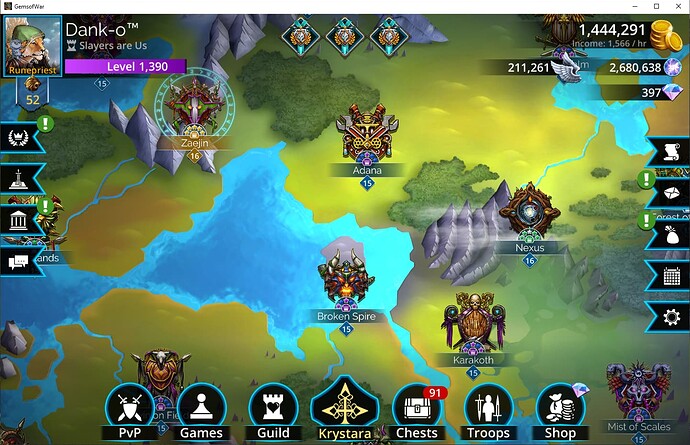 image1442×932 186 KB
This is just slightly different size from the previous pic (which was… uhh… 1436xsomething). Still mostly ok, but things starting to clump together. 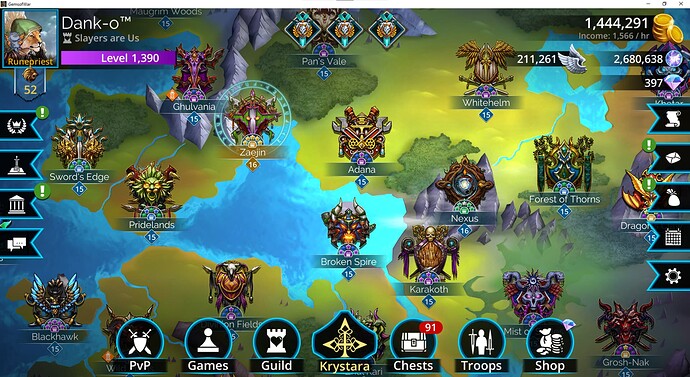 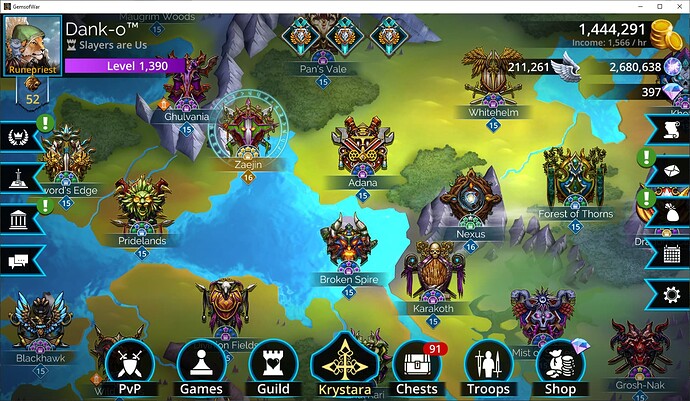 image1602×932 252 KB
Note how elements look much more jammed up & clumped together now than in previous image at exact same size. 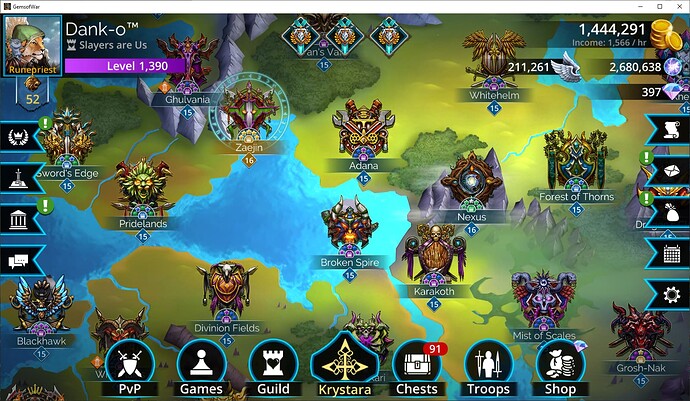 Then moved the map just slightly & things got instantly moved around 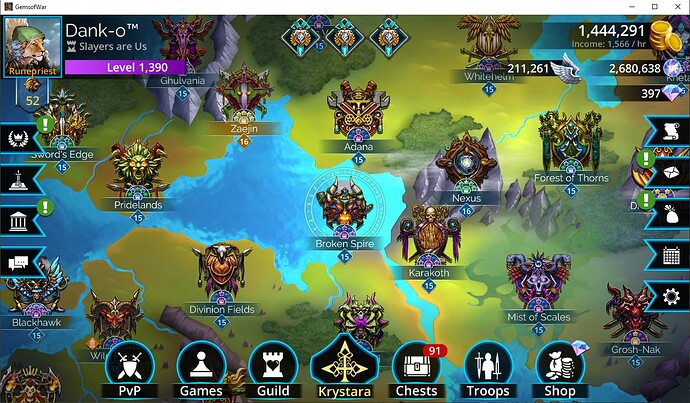 huh. actually… some of the screenshots don’t even correctly match what I’m seeing on the screen. They show in “correct” position on the screenshots, even though they don’t look like the 100% same on my screen. It seems like the screen isn’t being refreshed correctly, even though it looks updated in a snapshot grab. In other words, the snapshots are showing the updated/refreshed screen instead of what I actually see before things get moved about when dragging the map/moving it by clicking on a different kingdom to force it to move. 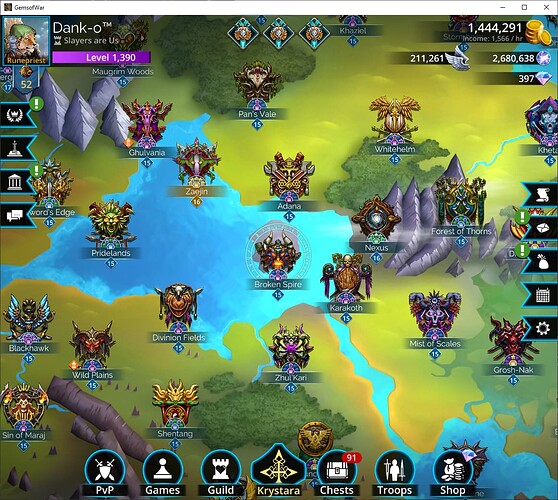 image1161×1040 206 KB
And here I resized the window (1159x1008) by simply resizing it to smaller vertical size.
Note how things are suddenly more spread out apart again, stuff has been scaled smaller & far more things fit on the screen.

Now I’ve wasted 40 minutes on beta testing this crap for free instead of playing the game. Or doing something else with my time. GG.

I have never seen such a display settings mess in my 40+ years of gaming. I guess that’s something.

Did a fight, returned to world map… 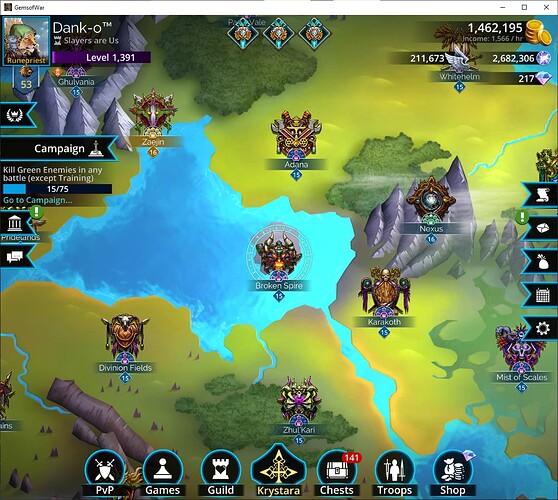 Did dungeon fight, the text size & whatnot is… jarring. 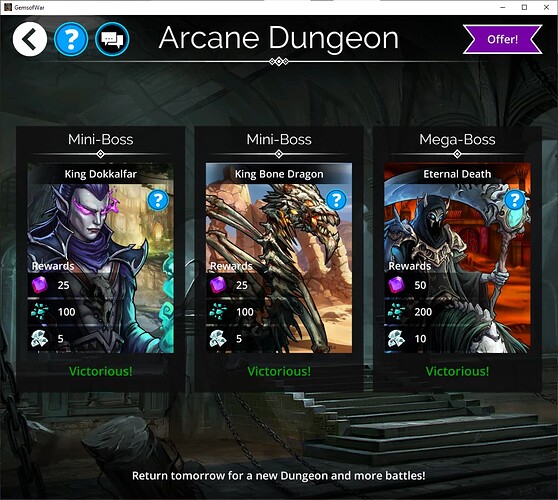 Then I get to the offer part: 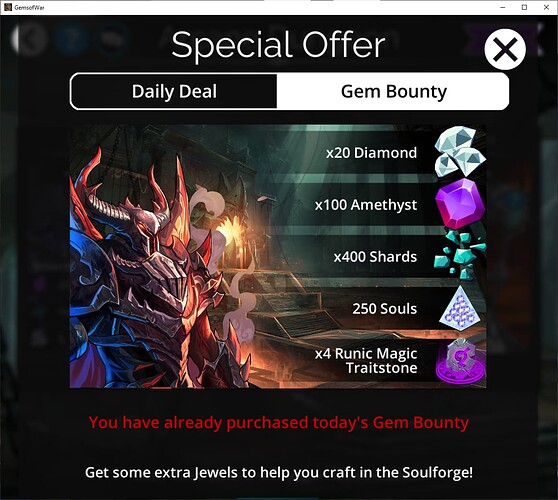 image1161×1040 111 KB
AAAARRRGGGHHH WATCH OUT FOR THE HUMONGOUS TEXT JUMPING IN YOUR FACE.
ugh.

The inconsistencies in the sizing of things in the UI is insane. When sitting fairly close to the screen, the former felt better because the text was just the right size to be comfortable to read. The latter… I feel like recoiling from the screen because it almost hurts.

I play this game on PC in a window (1280x720), and sometimes I accidentally grab the sides of the window and drag so I have to reset it.

After changing the windows size, I’ve found that I have to restart the game for it to resize everything correctly.

Sometimes it helps to restart the game, but the point is that we shouldn’t have to restart it in the first place.
Clearly the code behind the whole UI/tile/layout stuff is the worst case of spaghetti code that should be pulled out behind the shed & shot repeatedly in the head.
And then shot in the gut.

There are lots of games out there, free even, with smaller 1-2 person teams behind them, that handle these things more gracefully.
I hate to be a negative nancy about this but…