Someone please send me an owlbunny 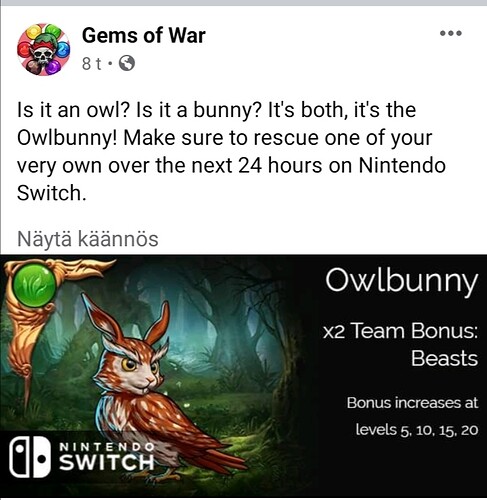 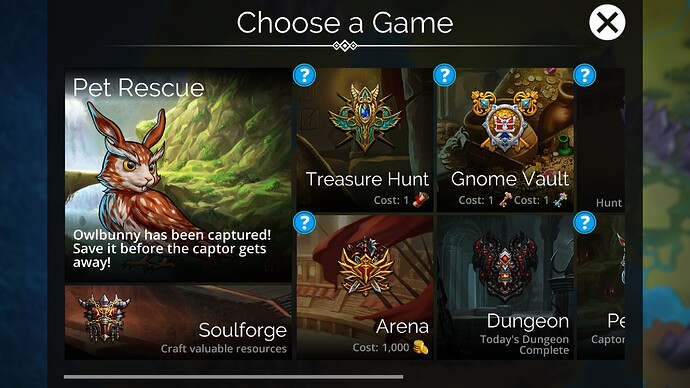 Join us in rescuing it!

That makes me wonder if I should jump into a guild having that hunt and then returning to Pilipali, but then I would lose my guild points history… but hey, enjoy that pöllökani

It feels a bit surreal to finally have it! But it does look great on me, right? 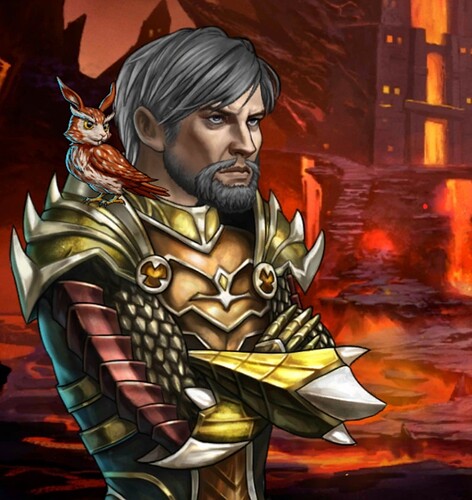 The only remaining question is: are you taking this opportunity to mythic it?

I bought as many tiers as I had gems, but only got it to epic rarity… But maybe there will be more in the gnome weekend. I’m 150 gems short from next tier… Had to make a gem sacrifice for the guild on Sunday so… Decisions, decisions… I’m happy I finally got it, usually things start dropping once you get the first one…

When you become pet-blocked in Forest of Thorns the game should offer you Owlbunny on daily deals.
It’s 50 gems apiece then and that is cheaper than pet rescue shop.

That is good to know! Just wondering about that one more shop tier, any ideas where to grind 70 gems on a day like this? Counting on getting that 80 as hourly income…

Just wondering about that one more shop tier, any ideas where to grind 70 gems on a day like this?

How would you feel about burning through the stack of Treasure Maps you’ll have stored away somewhere for future generations?

There’s also 150 gems in the Adventure Board today, in case you haven’t collected those yet.

I did collect those. Treasure hunting, really?

I was thinking my unborn children could have the maps, but I do recall getting 5 gems from one hunt, so… Time to go fetch my shovel…

Do you have any glory to burn? There is gems there, if you got enough glory

If you do go the Treasure Hunt route, remember that faster is better and that you want as many green chests as possible since those are the first ones that can offer gems and diminishing returns when you match green to red (3+ greens = 3+ chances to get 1 gem VS 1 red = 1 chance to get 2 gems)

Other than than, your options are:

Do you have any glory to burn? There is gems there, if you got enough glory

Do you mean buying glory chests? I spend my glory on the weekly event packs in the shop, because it gives a lot of stuff and I’m still in need of everything it offers.

How does lycanthropy work with Owlbunny? If I start a delve with it, having 0 beasts in my team, but have 4 beasts at the final battle, will I get the Owlbunny’s beast team bonus or does it only work for what is originally in my team?

Do you mean buying glory chests? I spend my glory on the weekly event packs in the shop, because it gives a lot of stuff and I’m still in need of everything it offers.

Yeah, glory chests and pure glory. I seem to gather lot of extra glory (like a million) and had to spend much of it on gems for pets at one point.

So if you’ve got a boat load of Gold Keys, just keep churning through them…

No gold keys on me

But I did misjudge the amount of gems i get every hour, it has been giving me 12-16 for the last 5 hours, so it’s starting to look good!

You’d probably have to click on one of your troops and check the bonuses that show up on the left. It’ll tell you all the bonuses your troop is currently receiving. Although I’m sure someone must’ve tested this.

I’ll have to check that tomorrow, as I will most likely have at least one valraven in my team…