She'll be comin' round the mountain when she comes

If I’m not mistaken, this is the first time the event chests have swung back around to visit a kingdom with a mythic already in it, no?

Just wondering if anyone has pulled ol Aby from a chest? I’ve burned some keys and gems (too many) chasing her and no luck as yet.

Is she actually in there? @Saltypatra

Nope. Of course not.

I got Incubus to mythic and then got more than the 4 of it… so there’s that. Of course this would be as broken as everything else. 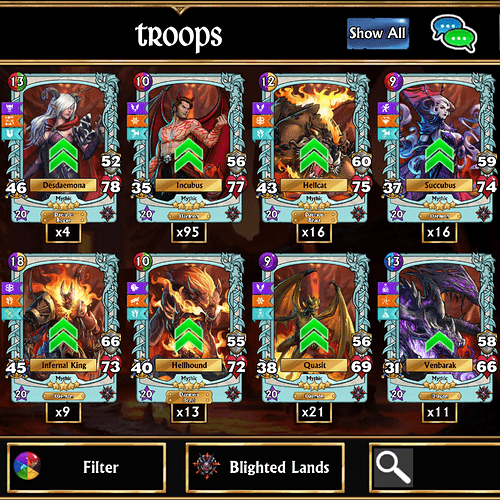 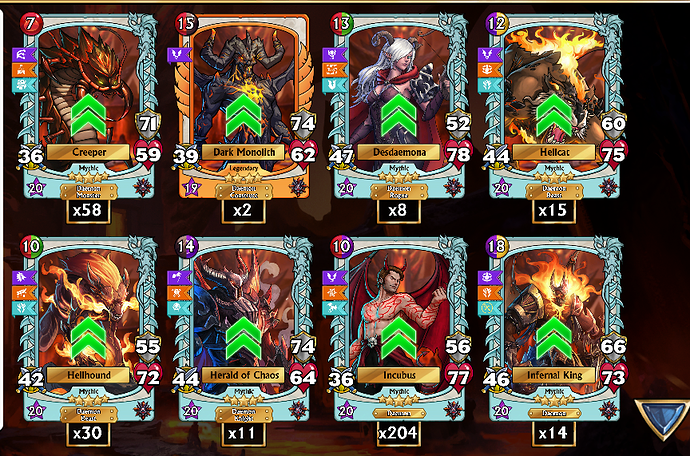 This is not the first time an event chest had a mythic available, Drakkulis was available in event chests about a month after he was released. However, she’d have the same chance here as a random mythic would from a gem chest. Everything considered, I’m pretty sure that would be at least close to 1 in 1000 at this point. Mythics in event chests are bait regardless, because by the time you are just down to gems on event keys, the relative drop rate of VIP chests will get you three times as many mythics for the same amount of gems spent.

but can any of you explain the event in dummy terms to me on how to get the yellow gems please i’m not understanding it at all please and thank you.

With the RNG the way it is, VIP chests run the risk of bankrupting people for the same return as the other chests - NOTHING.

I saw many pulled Aby early this morning in the global chat room 1-3. So yeah, many got her.

With the RNG the way it is, VIP chests run the risk of bankrupting people for the same return as the other chests - NOTHING.

Also true. But over a long period of time, if you are after getting the most unique mythics in your collection, VIP chests during an exclusive period is still by far your best chances.

This week had a new legendary in the pool, so I’d recommend most people stop at one or two copies of that. Spending keys or gems exclusively for Abynissia is more than likely going to leave you disappointed, and you get nothing else for your massive investment, unlike gem or VIP keys, which at least get you runic or arcanes and possibly some other troops you need to ascend.

The biggest problem for me is that I literally need nothing much anymore except those remaining Mythics. So dropping VIP chests for a bunch of arcanes and legendaries I don’t need is REALLY expensive. I’m better off opening 200 Gem chest for the price of those 50 VIPs.