[RESOLVED] PS4: Getting less then 100 gold in explore mode

My brother in law and I were both playing in explore mode, I was making 500g per battle, where he was only making 75 gold per battle.

I’m assuming he is bugged, because I’ve never made that less money for doing explore battles as long as I can remember.

Some background info:
We play with the same team: Rock troll, 3x bombot, abysmal banner.
We’re both wearing dragon armor for the 100% gold boost (for a total bonus of 250%), we are in the same guild, we are close in level (he is 270, I am 220), we compared the stats on the map screen (bottom left corner) and have the same gold% bonus.

We even tried both in the same place (khaziel), here are the screen shots:

Here is my result: 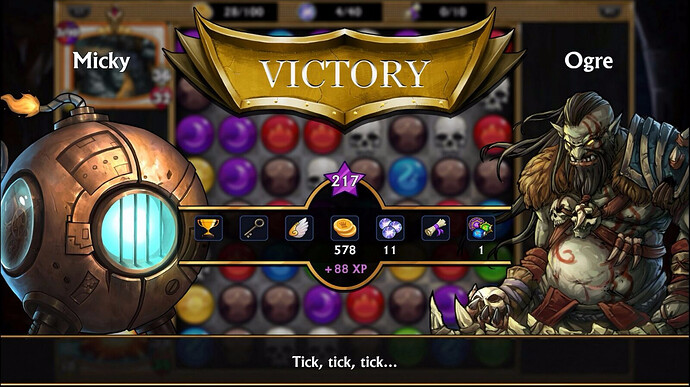 And here are his results: 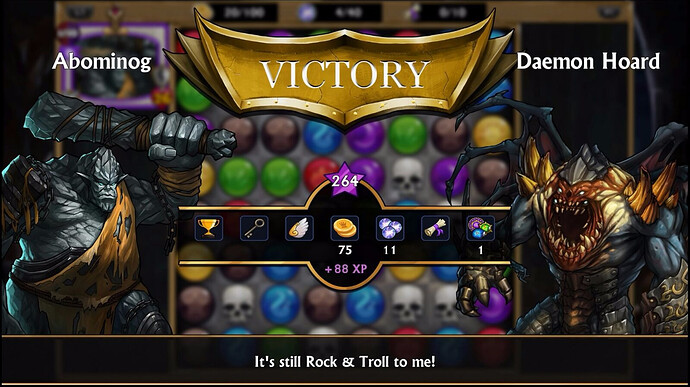 Has anyone ever seen anything like this before?
And what are the rewards everyone else is getting for an explorer mode battle on warlord 2 difficulty?

Any of you VIP?

So VIP 0 and same guild bonuses and roughly same level and both are playing warlord 2?

Yeah I think he has a bug…Sorry butch wish I could be more help.

He sounds like like he’s doing challenges as that’s about what you get. Explore is around 10x more gold. So it might be a bug relating to that.

He said he was doing explore mode, and judging by the souls he was getting, it looks like it to (not sure if the extra souls in challenge mode show up in the summary though).

But I will double check with him tonight!

That could very well be it, he might have gotten the two confused

I just called him, and he thinks he was doing challenges /facepalm